The “Saudi genome” documents 7,500 variants of genetic and genetic diseases... 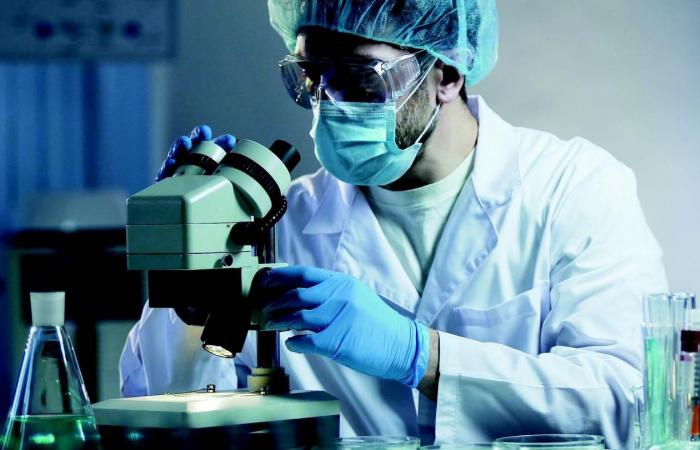 The King Abdulaziz City for Science and Technology announced the success of the Saudi Genome Program in documenting 7,500 variants that cause genetic and genetic diseases in the Kingdom, including 3,000 genetic variants that cause more than 1,230 rare genetic diseases in the Saudi community, through the central laboratory in the city that was inaugurated by Prince Muhammad bin Salman, Crown Prince, Vice President The Council of Ministers, Minister of Defense, Chairman of the City Board of Directors, in addition to 7 terminal laboratories hosted and operated by the program partners from the medical authorities in several regions of the Kingdom

The Saudi Genome Program supports a number of programs to reduce hereditary and genetic diseases, such as: medical examination before marriage, examination of fetuses, examination of newborns, and contributes to improving methods of treating diseases by detecting the genetic and genetic makeup of the individual, and giving the patient the appropriate medication for his genetic and genetic makeup as well as early detection of some Chronic diseases that have genetic causes such as: colon, breast and brain cancer, heart disease, neurological diseases, and reduce the prevalence of some diseases that have a hereditary aspect such as diabetes, autism, delays in mental abilities, hearing or vision loss, and other diseases with the aim of improving the quality of life.

This program is one of the most important national pioneering projects to achieve the vision of the Kingdom 2030 and the largest in the Middle East, which is implemented by the King Abdulaziz City for Science and Technology in partnership with the Ministry of Health, King Faisal Specialist Hospital and Research Center in Riyadh and Jeddah, King Fahd Specialist Hospital in Dammam, King Fahd Medical City in Riyadh, and the King Center Abdullah Al-Alami for Medical Research in National Guard Health Affairs in Riyadh, Hail University and Taibah University. In the next phase, the city intends to cooperate with the participation of many parties in the various regions of the Kingdom.

The city stated that the program aims to use genome coding techniques from the next generation to collect and analyze 100,000 samples from different regions of the Kingdom to build a national genetic database and discover the genetic variants of citizens in health and disease and use them to develop diagnostic tools and prevent genetic and genetic diseases to enhance public health and improve the use of medicines for patients. Based on their genetic information, reducing the social and economic burden of genetic and genetic diseases, transferring technology, and enabling the establishment of national companies in the field of biotechnology.

The city indicated that the program was able in the first phase to analyze more than 50 thousand samples, develop techniques for genetic testing for the community, create 25 genetic packages for use in diagnostic medical analyzes, and create a genetic database on health and diseases to enable personalized medicine practices in the Kingdom. The program also played a prominent role in the field of confronting Infectious diseases by studying and identifying the genetic factors that cause the variation in symptoms of the emerging coronavirus (Covid-19) among citizens.

The researchers in the program supervised 84 research studies, published 131 scientific papers in the most famous and distinguished scientific journals in the world, and participated in more than 110 international conferences. They were also able to form a national cooperation network in the field of genetic sequence research, in which about 600 researchers participated. It is noteworthy that the city and the Ministry of Health signed a joint cooperation agreement to help early detection of genetic diseases in the Kingdom by expanding genetic and genetic examinations for those intending to marry, adopting health care practices based on the concept of personal medicine and providing full support to limit the spread of diseases of genetic origin.

These were the details of the news The “Saudi genome” documents 7,500 variants of genetic and genetic diseases... for this day. We hope that we have succeeded by giving you the full details and information. To follow all our news, you can subscribe to the alerts system or to one of our different systems to provide you with all that is new.