NASA is converting weather data on Mars into audio tones …... 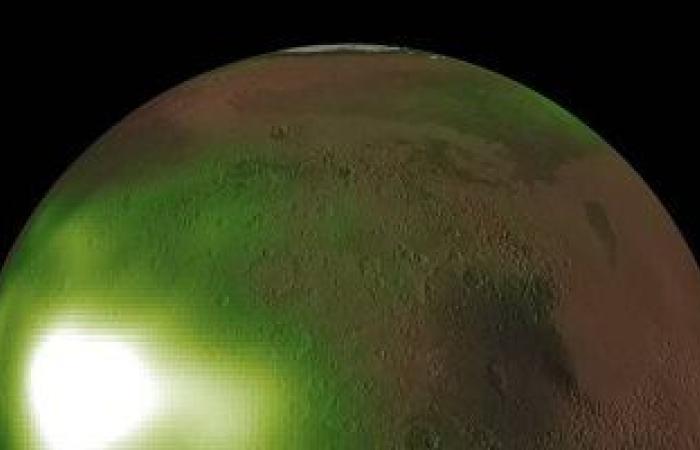 NASA has released ringtones from out of this world, made by interpreting music to weather patterns on Mars. Researchers used a supercomputer. Pleiades In a research center Ames Once the data-to-sound process was completed, flute player and musicologist Alyssa Schwartz of Vermont State University in West Virginia revived the piece, as samples were taken from the extracts to produce ringtones that can be downloaded from NASA Web site.

According to the British “Daily Mail” site, the physicist Domenico Vicenanza from the University of Anglia Ruskin said: “With the increasing interest in exploring Mars, there is an urgent need to study and predict the weather of the planet, and this is what the supercomputer can do.” Pleiades Done. “

ويد Pleiades One of the most powerful supercomputers in the world, which NASA uses to predict the weather on the surface of Mars.

Mars contains the largest dust storms in the entire solar system, which can last for several months and cover the entire planet.

The researchers used an imaging tracking system to study the movement of cloud formations predicted by the supercomputer, through which patterns were filtered and drawn in musical intervals, to produce a piece that Dr. Schwartz could play.

Dr Vicenanza explained: “I am particularly proud of this project because the extraction and modeling techniques we used with NASA data are the same as we use in our academic research, and the model allows data scientists to study complex and nonlinear data and extract the ‘regularity’ – or patterns – in that data. “

He added, “It has a variety of practical uses including studying large amounts of health data, economic forecasting and of course the music industry.”

Besides the ringtones, the team also issued matching text beeps, which were configured based on the CPU capacity in the Pleiades.

ويد Pleiades Hundreds of thousands of times faster than any basic home computer – it contains 246048 massive cores and 900 TB of memory.

The ringtones were prepared before the International Conference on High Performance Computing (SC20), Which will take place later this month.

These were the details of the news NASA is converting weather data on Mars into audio tones …... for this day. We hope that we have succeeded by giving you the full details and information. To follow all our news, you can subscribe to the alerts system or to one of our different systems to provide you with all that is new.