Not a clear winner in the early Assassins Creed Valhalla PS5... 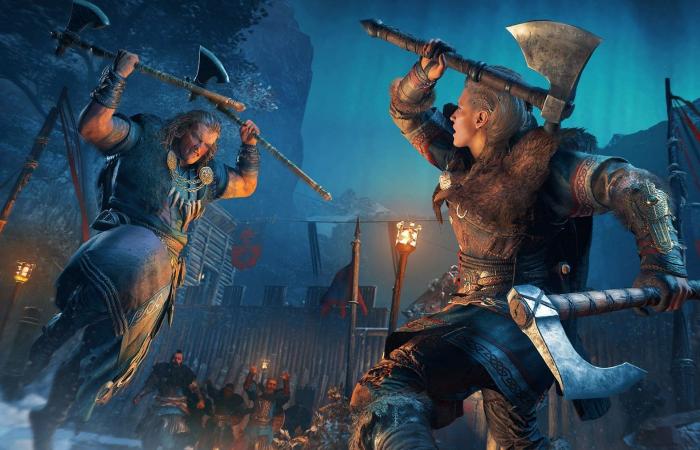 Regardless of your preference for the next generation, you can rest assured that you will be able to run Assassin’s Creed Valhalla with no hassle. In a recent benchmark test between the PS5 and Series X, the two handle the game with no problems and offer almost identical performance.

Valhalla runs in 4K at 60 fps and looks stunning on both platforms. During the almost nine-minute video, the frame rate hardly falls below the coveted 60 fps mark. And when drops do appear, they’re consistent for both PS5 and Series X. It’s hard to tell when the resolution will drop – both versions use dynamic resolution adjustments to keep the frame rate consistent – but VG Tech points out, “The native resolution is typically between 2432 × 1368 and 2880 × 1620 on both consoles. “In other words, the performance between the two is about the same.

However, there are some cases of X Series screen tears that do not appear on PS5. For a clear example, skip to 5:15 in the video below.

It looks a little different with Xbox Series S, where Valhalla can only run at 30 fps. It’s still consistent, with only minor hiccups during intense fight scenes, but to a discerning eye the difference between the S series and the others is definitely noticeable. It will also render at lower resolutions, with “Native resolution pixels close to 2560 x 1440” being the most common.

Ultimately, there doesn’t seem to be much of a difference between next-gen consoles – Series S excluded. Both are capable of running Valhalla at a constant speed of 60 fps at resolutions close to 4K. The same goes for Devil May Cry 5: Special Edition, which lets you toggle between different graphics settings – though things are a little more complicated than they first appear.

It’s been less than a week, but Assassin’s Creed Valhalla is already selling incredibly well. In fact, the number of players doubled on day one in Assassin’s Creed Odyssey – the previous game in the franchise. Expect its popularity to continue to grow in the coming weeks as we approach the holiday season.

Jon Bitner is Associate Editor at TheGamer. His passion for gaming started with his first console (Sega Genesis) and he has not stopped playing since then. His favorite titles include The Legend of Zelda: Ocarina of Time, Team Fortress 2, Rainbow Six Siege, Pokémon Sword & Shield, Old School Runescape, Skyrim, and Breath of the Wild. He usually plays the latest RPG, FPS, or some obscure mobile game. Prior to joining the Associate News Editor, Jon earned a degree in biology and worked in biotechnology – experiences that taught him how to put words together and form sentences. When he’s not playing or writing about the game industry, he likes to sleep, eat, and stare at birds.

These were the details of the news Not a clear winner in the early Assassins Creed Valhalla PS5... for this day. We hope that we have succeeded by giving you the full details and information. To follow all our news, you can subscribe to the alerts system or to one of our different systems to provide you with all that is new.