Google apologizes to Thierry Breton for the plan to target the... 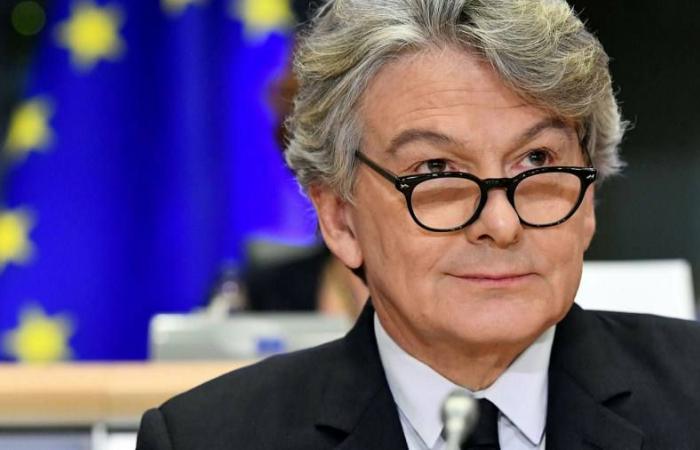 The managing director of Google’s parent company Alphabet has apologized to Thierry Breton after an internal document outlined a plan to attack the European Commissioner and promised that such tactics “are not how we work”.

In a virtual meeting on Thursday, Sundar Pichai told Internal Market Commissioner Mr Breton that Google is a very large company and that the document “was never shown to me”. He added that he did not “sanction” the plan, according to two people familiar with the conversation.

The document set out Google’s response to landmark new EU legislation as the bloc reshapes the regulation of internet companies.

It included a two-month strategy to remove “inappropriate restrictions” on Google’s business model and “reset the narrative.” He highlighted Mr Breton and listed a goal of “reinforcing” the French Commissioner in order to weaken support for the proposed plans in Brussels.

Mr Breton, who is leading the digital rules revision in the block, told Mr Pichai that the EU had heard feedback from Google on public consultations on the new rules.

“I want to hear and hear everyone. You sent us two documents. I read it carefully, ”said Breton.

Regarding the leaked document, he said, “This is an old century matter: we pushed back a regulator and said we need to mobilize the US government [the new rules] could destroy the transatlantic alliance. . . not really.”

Mr. Pichai said he also became aware of it when it was published in the media. He said, “I’m sorry it happened this way.” But he said he took full responsibility for the leak, adding, “This is not Google.”

Mr Pichai assured the Commissioner that he would contact him directly, adding that he understood that balanced regulation was needed and that the company was “direct and transparent”.

The revelations came at a particularly tense time as EU regulators are expected to come up with proposals in weeks.

The bill will mark two major changes. First, Brussels will put more responsibility on large platforms on how to monitor illegal content and counterfeit goods in the digital services law.

Second, the EU will set new criteria for the gatekeeper and draw up a list of expectations for large internet platforms. This should lead to stricter regulations for companies like Google and Facebook.

Google said Mr Pichai and Mr Breton had “an open but frank conversation about plans to update digital politics in Europe”.

It added, “Our online tools have been a lockdown lifeline for many people and businesses. Google is committed to continuing to innovate and develop services that can contribute to Europe’s post-Covid economic recovery. ”

These were the details of the news Google apologizes to Thierry Breton for the plan to target the... for this day. We hope that we have succeeded by giving you the full details and information. To follow all our news, you can subscribe to the alerts system or to one of our different systems to provide you with all that is new.