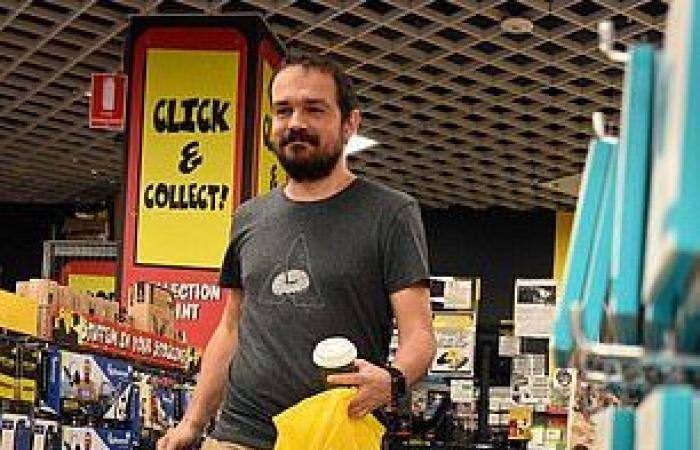 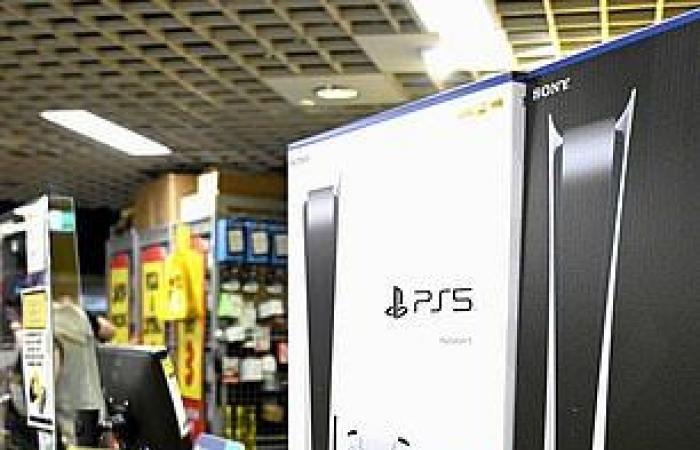 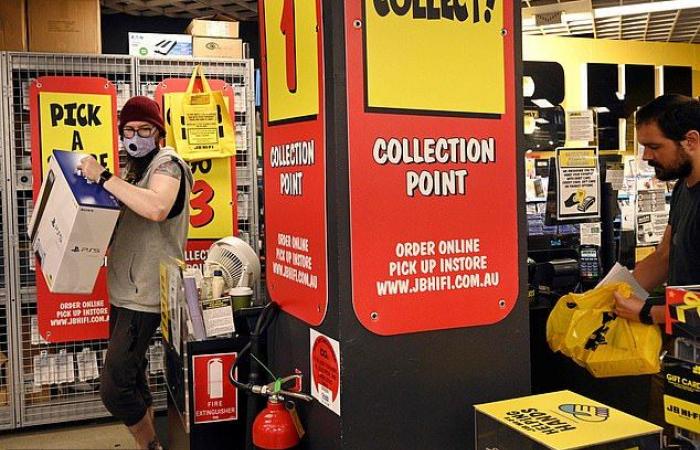 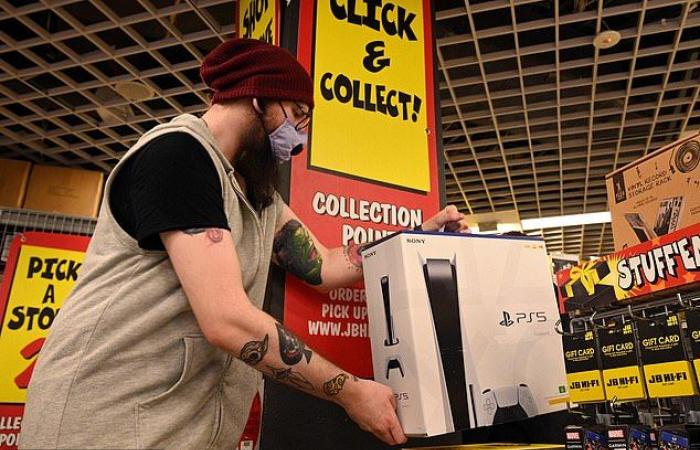 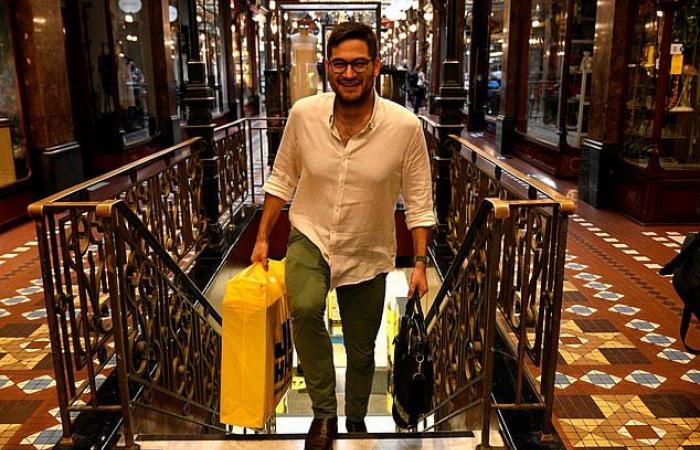 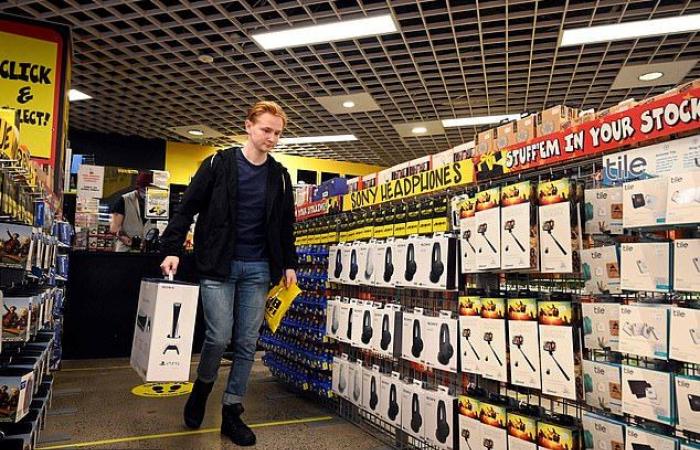 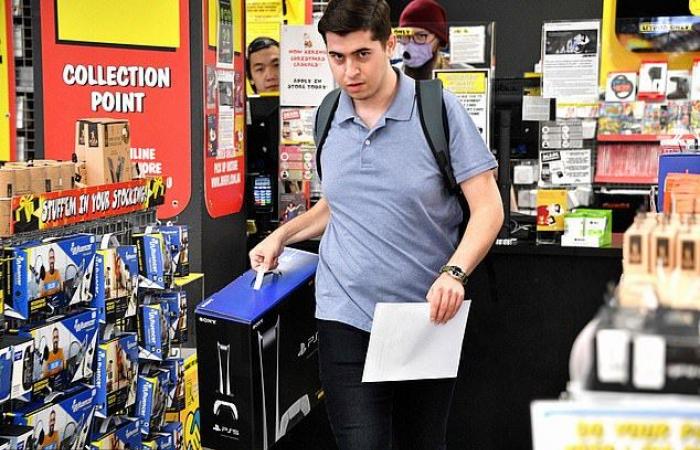 Hordes of gamers have stormed electronics stores across the country to be the first to get their hands on the new PlayStation 5 – but only a few have succeeded.

The Sony console launched on Thursday after its release date was delayed by international border closings due to the coronavirus pandemic.

Some lucky shoppers who pre-ordered the 4K, 825GB custom SSD game system from JB Hi-Fi back in September picked up the next-generation console at the retailer’s Strand Arcade store in Sydney’s Pitt Street. 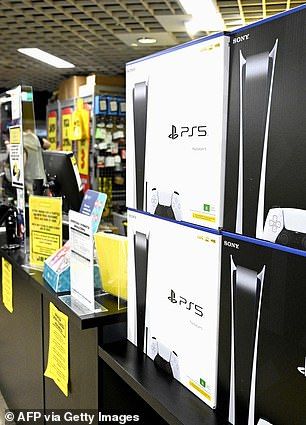 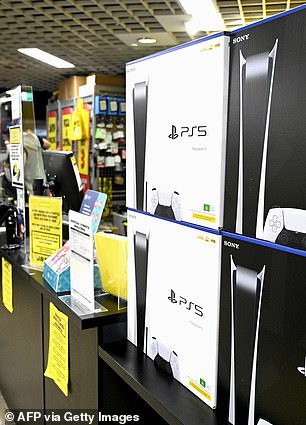 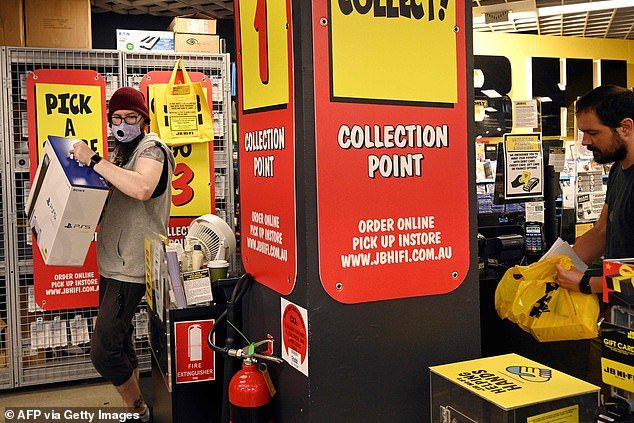 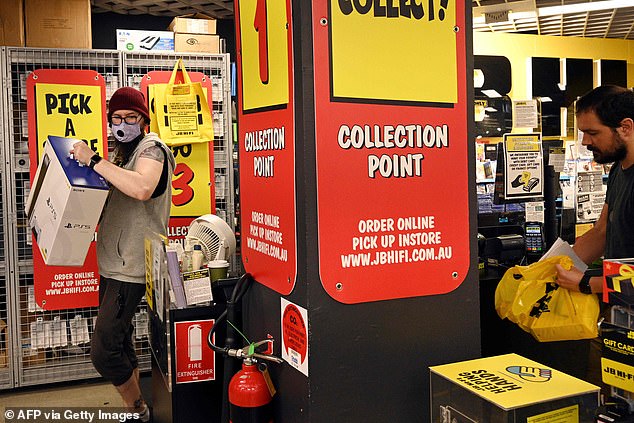 The Sony game console launched on Thursday after its release date was delayed due to international border closings due to the coronavirus pandemic (the picture shows a man buying a PS5 at JB HIFI in Sydney).

For everyone else, online sales are available through stores such as Harvey Norman, Big W, The Gamesmen and EB Games.

JB Hi-Fi also announced that they would be selling the PS5 online, but many reported problems when the orders opened at 11am.

“I was literally five minutes early and it never worked. I keep getting an error, ”wrote a frustrated customer on the company’s Facebook page.

Others said, “It’s a shame their website isn’t working” and “Go to delivery options and” Oops, an error has occurred “.

Disgruntled shoppers said they could add the console to their online shopping cart but would then be unable to pay at checkout.

The flagship PS5 console is available for $ 749, while the digital edition goes for $ 599 without a disc.

Retailers claim that if you order today, the console will arrive before Christmas. 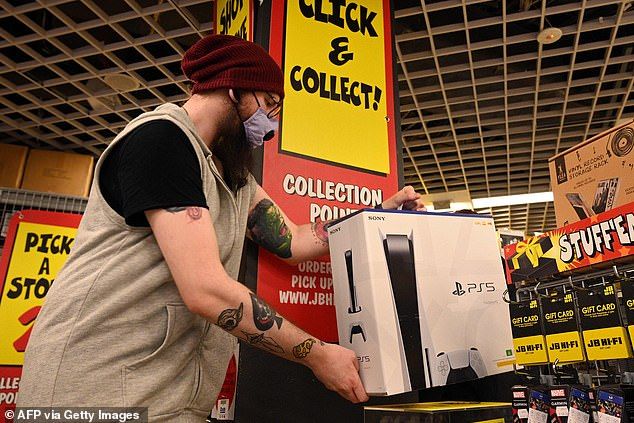 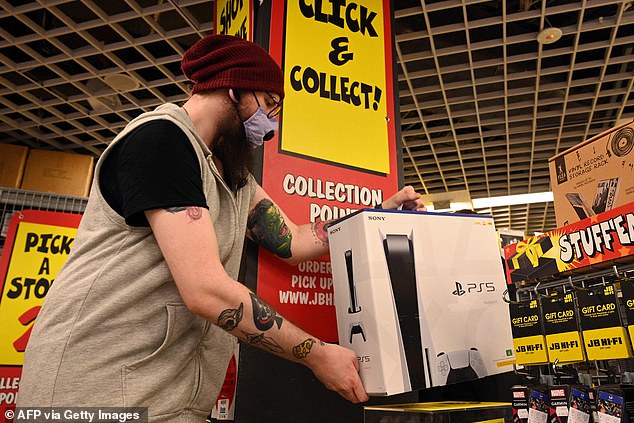 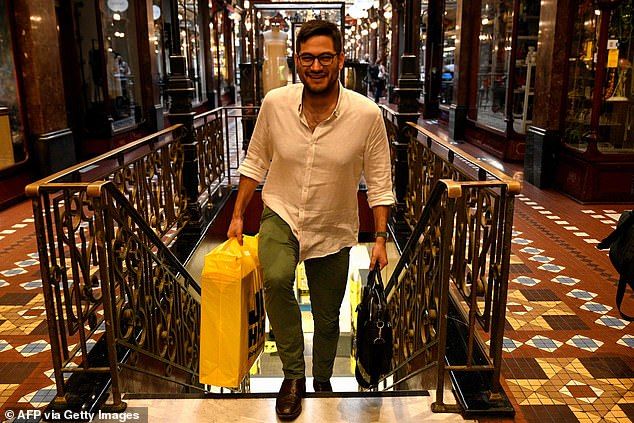 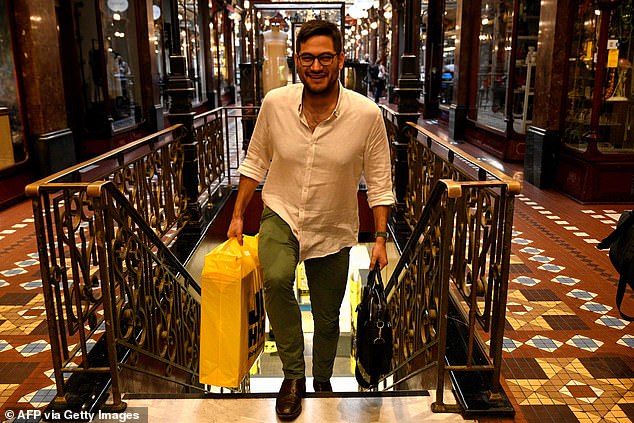 Gamers have come to a small number of stores in Australia and were the first to get their hands on the new PlayStation 5 (pictured, a buyer with a PS5 appears in the Strand Arcade in Sydney).

‘The PS5 console can only be ordered online on launch day Thursday November 12th and is expected to ship by December 15th. PS5 consoles cannot be purchased in-store. Please try again for more updates, ”Harvey Norman said on an order update.

PS5 accessories include a wireless charging station for the DualSense controllers, a media remote control for those who want to use it to stream videos, and PlayStation-branded over-the-ear headphones with 3D audio support.

PS5 owners will get a free online multiplayer mode for Grand Theft Auto Online at launch.

When the PS5 launches this holiday season, it will hit Microsoft’s fourth generation Xbox lineup. 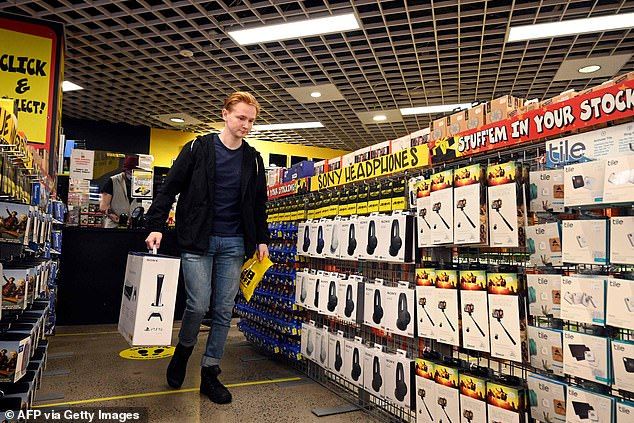 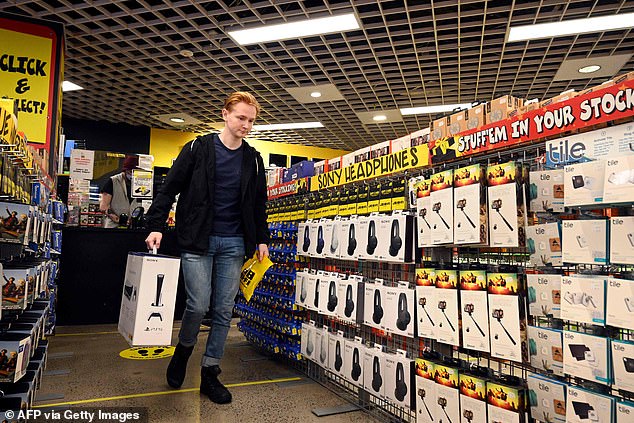 The console will be equipped with an 8-core MD Zen 2 CPU, a powerful AMD RNDA 2 graphics processor, 3D audio output and a fast solid-state drive that will allow games to load faster (see illustration , a man buys a PS5 at JB HIFI in Sydney) 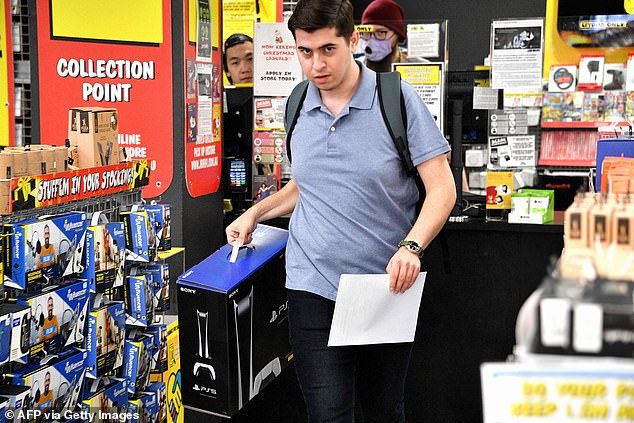 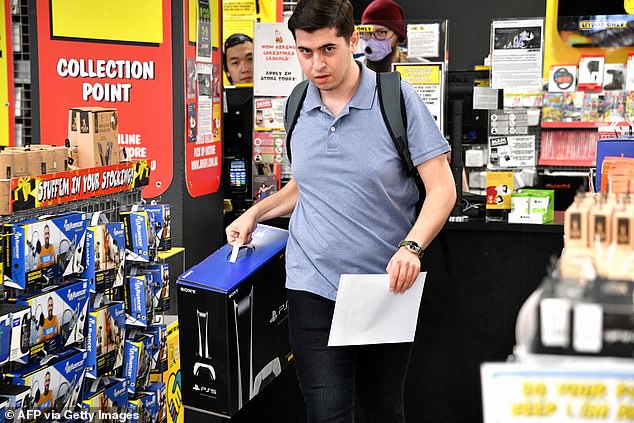 PS5 owners get a free online multiplayer mode from Grand Theft Auto Online at launch (the picture shows a man buying a PS5 from JB HIFI in Sydney).

Overcooked! All You Can Eat (PS5)

These were the details of the news Gamers dive into JB Hi-Fi to buy the latest Playstation 5... for this day. We hope that we have succeeded by giving you the full details and information. To follow all our news, you can subscribe to the alerts system or to one of our different systems to provide you with all that is new.