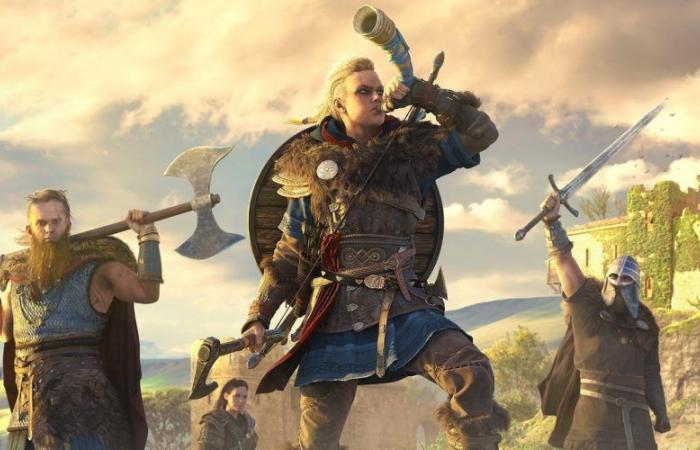 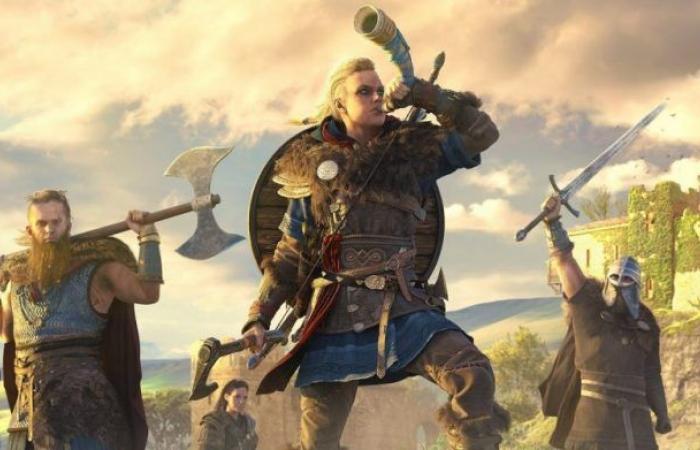 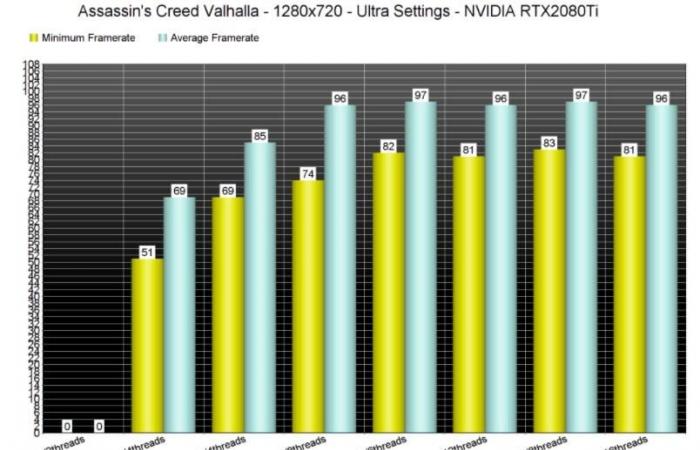 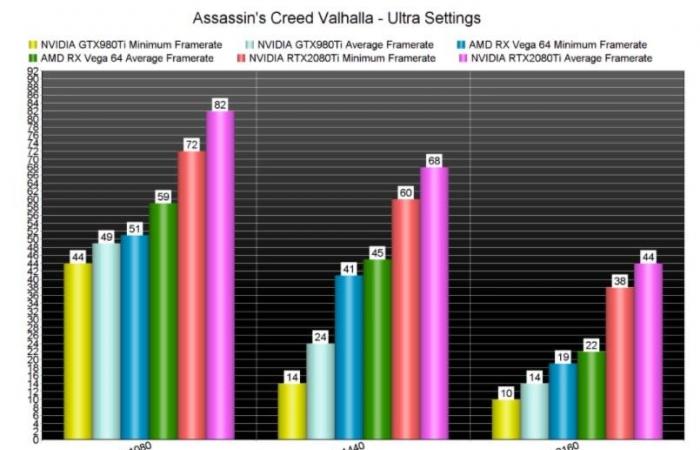 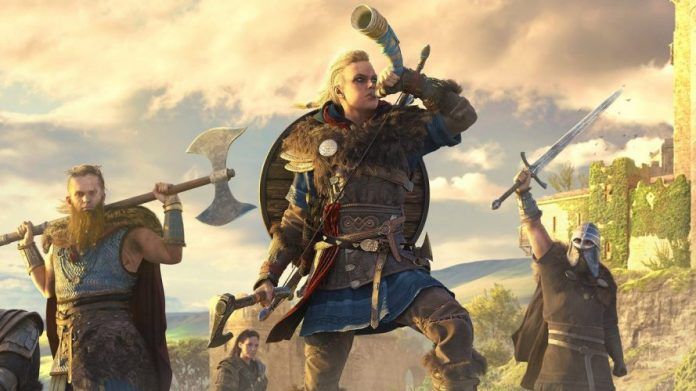 Thanks to DirectX 12, there is better for CPU optimization; on the other hand, for the GPU part, it is worse than before.

Ubisoft’s Assassin’s Creed Valhalla game is released today. A highly anticipated title, since the last major opus, Assassin’s Creed Odyssey, dates back to 2018. On PC, it is the first to use the DirectX 12 API. Yesterday, however, we were a little worried by noting that a GPU as powerful as the RTX 3090 had some difficulty in 4K / Ultra. Several sites now offer a performance analysis, and our fears are confirmed: the game is very greedy in GPU resources.

This is also reflected in the test carried out by DSOGaming. John Papadopoulos has experimented with several configurations, up to NVIDIA’s RTX 2080 Ti; a card which offers a level of performance roughly similar to the recent RTX 3070. Remember that Ubisoft recommends an RTX 2080 for 4K / Ultra; moreover, to use the software on a PC, you need a graphics card with a minimum of 4 GB of VRAM.

Diablo III, Battlefield Bad Company 2 or even COD Modern Warfare in 8K thanks to an RTX 3090

We start with the good news. Ubisoft offers a plethora of graphics settings, including adjusting the FOV and limiting the number of frames per second.

Above all, the use of DirectX 12 alleviates, a little, the gluttony of the games of the franchise in terms of CPU resources. Indeed, according to John Papadopoulos, his Intel Core i7-4930K is less damaged by Assassin’s Creed Valhalla than by Assassin’s Creed Odyssey. However, in absolute terms, you should ideally have a 6-core / 6-thread processor or better; 2- or 4-core processors cause stuttering.

On the other hand, for GPUs, the situation has worsened. As it stands, only the RTX 2080 Ti (and therefore NVIDIA’s RTX 3000s) is able to run the game at 1080p / Ultra. In higher definitions, the card does not hold 60 fps. Obviously, the absence of DLSS 2.0, lifesaver on Watch Dogs Legion, is sorely felt. Also note that from 1440p / Ultra, the game requires more than 6 GB of VRAM; This therefore excludes cards like the GTX 980 Ti or the GTX 1060, which despite its age remains the most popular card according to Steam statistics.

Of course, the Ultra setting often requires a clear surplus of power, not always justified on the screen. Only here, between Very High and Ultra, there is only 3 fps difference; between Very High and High, 2 fps. The gain occurs especially with the settings in Medium; but in this case, the game is no longer really at the level of the best current productions on PC. Also, going for 720p over 1080p only grants an additional 10-14 fps.

The results of our colleague’s test are not very glorious: this Assassin’s Creed Valhalla is poorly optimized; even at 1080p, the game demands a high-end GPU and will knock out many current machines. On PC, without being particularly more beautiful than other open world games, it would be one of the most poorly optimized. Still according to John Papadopoulos, a Horizon Zero Dawn, the port of which has however been so much criticized, enjoys a more flattering aesthetic and runs better than the production of Ubisoft.

*The article has been translated based on the content of Source link by https://www.tomshardware.fr/assassins-creed-valhalla-une-optimisation-gpu-a-revoir/
. If there is any problem regarding the content, copyright, please leave a report below the article. We will try to process as quickly as possible to protect the rights of the author. Thank you very much!

These were the details of the news GPU optimization to review for this day. We hope that we have succeeded by giving you the full details and information. To follow all our news, you can subscribe to the alerts system or to one of our different systems to provide you with all that is new.