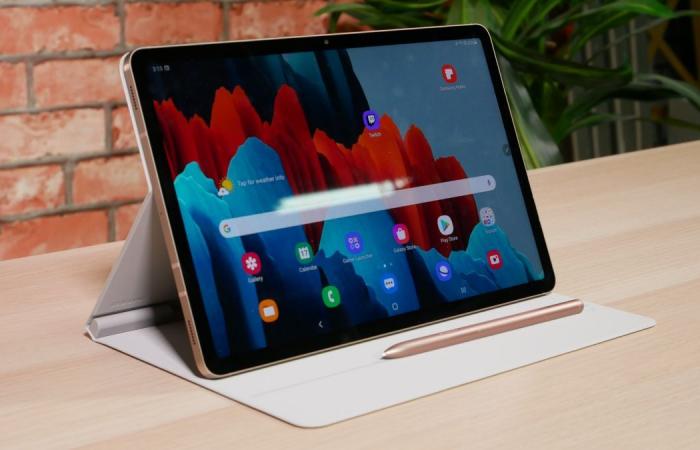 The Samsung Galaxy Tab S7 series is serious business. Both the Galaxy Tab S7 Plus and Galaxy Tab S7 have a ton of power, and while the differences between them seem negligible, they will matter to some buyers.

However, both tablets offer the best that Samsung has to offer. If you are looking for an Android tablet in the market that will not bother you, either of the tablets is for you.

So, if you’re struggling to choose a Galaxy Tab S7, we’re here to help. We looked at all of the features and specs of both tablets, as well as their price, design and everything else you need to know before you buy.

In either case, this only applies to one Wi-Fi model. However, you can also purchase cellular versions which will skyrocket the price, with both 4G and 5G models of both slates available. You can also get versions with 8GB of RAM and 256GB or 512GB of storage in some places – although not all models are available in all regions.

One place you can get additional RAM and storage is in the United Arab Emirates, where you can look for AED 3,599 for the Samsung Galaxy Tab S7 Plus with a combo of 8GB / 256GB but no LTE.

The larger screen size of the Galaxy Tab S7 Plus (more on this below) also makes it a bit heavier and weighs 575g in contrast to its smaller sibling’s 498g.

Both are available in three colors – Mystic Black, Mystic Bronze and Mystic Silver.

They’re both very thin, too – although the Tab S7 Plus is again the thinner of the two and both have an aluminum rear and an aluminum frame.

This is the first major difference between the two tablets. The Galaxy Tab S7 Plus has a 12.4-inch Super AMOLED display with a resolution of 1752 x 2800 pixels. Everything from pictures to videos to text looks sharp and crisp and the screen is a real delight.

For those who value screen brightness and clarity, there is no choice but to go for the far superior display of the Galaxy Tab S7 Plus.

On the Galaxy Tab S7, you’ll have to deal with a smaller 11-inch LTPS IPS LCD screen with a resolution of 1600 x 2560 pixels. We don’t mind the slightly lower resolution – the two slates actually have a similar pixel density, but the quality of the screen is nowhere near as high as that of its AMOLED sibling.

Fortunately, both displays have a refresh rate of up to 120Hz and support HDR10 +, so you can get a decent visual experience even if you skip the AMOLED screen.

Samsung used the exact same dual lens camera setup on both tablets. Specifically, there is a 13MP f / 2.0 main snapper and a 5MP f / 2.2 ultra-wide snapper.

Both tablets also have an 8MP f / 2.0 camera with a lens on the front. This is unusually – and sensibly – positioned so that it is at the top of the screen when the tablet is held in landscape orientation.

Most tablets mimic phones by holding the selfie camera up when the board is held in portrait orientation. However, since most people use a landscape tablet for video calls and the like, the location on these Samsung blackboards makes a lot more sense. because the lens tends to match the angle of view rather than looking to the side.

In addition to the camera hardware, both Galaxy Tab S7 models are also equipped with camera modes, e.g. B. Night mode, pro video mode, live focus (for portraits) and single shot mode that automatically takes numerous photos and short videos with all lenses. So you’re sure to have something good.

The battery life depends on how you use it and whether you have other accessories connected to the tablet, e.g. B. the keyboard cover. However, you should be able to use at least eight to ten hours of active use before you need to recharge.

Both tablets are powered by a Qualcomm Snapdragon 865 Plus processor that will handle just about any app you can throw at them. Depending on regional availability, you can choose between 128 GB, 256 GB or 512 GB storage and 6 GB or 8 GB RAM.

You get the familiar Android 10 along with Samsung’s One UI 2.5 and access to the entire Google Play Store. A fingerprint sensor is located in the power switch on the side of the Galaxy Tab S7, while on the Galaxy Tab S7 Plus it is under the display.

Both tablets come with an S Pen that attaches magnetically to the back near the camera bump for wireless charging. It can also be kept securely in the book cover (sold separately) in case you want to keep it in a safe place.

Pen accuracy when writing and sketching is very satisfactory and you will quickly forget that you are actually writing on a tablet.

One area where the two slates tend to differ is in their connectivity. The Galaxy Tab S7 Plus also offers 5G support. So, if you have a compatible operator in your country, you can enjoy high-speed data wherever coverage is available. On the Galaxy Tab S7, you’ll have to struggle – in most cases – with regular LTE speeds instead, as while there is a 5G model out there, it’s not that widespread.

There are some Android tablets on the market, but the Samsung Galaxy Tab S7 and Tab S7 Plus are definitely the ones to beat. The design, screens, battery life, and general experience of using both devices exceed expectations of an Android tablet and are both highly recommended.

You can of course increase your productivity by pairing it with the keyboard cover for easier typing. While the keys may not be exactly the same as those on a laptop, they are still very responsive and easy to get used to.

While not perfect as a laptop replacement, the Galaxy Tab S7 is certainly a capable tool for quickly jotting down notes, drawing, or just lying in bed and watching Netflix – and with its bigger, better screen it is Galaxy Tab S7 Plus is equally better for these things, but it also costs more and is otherwise a very similar slate.

These were the details of the news Samsung Galaxy Tab S7 Plus vs Galaxy Tab S7: Which Android... for this day. We hope that we have succeeded by giving you the full details and information. To follow all our news, you can subscribe to the alerts system or to one of our different systems to provide you with all that is new.