Samsung and Xbox are giving fans the chance to win an... 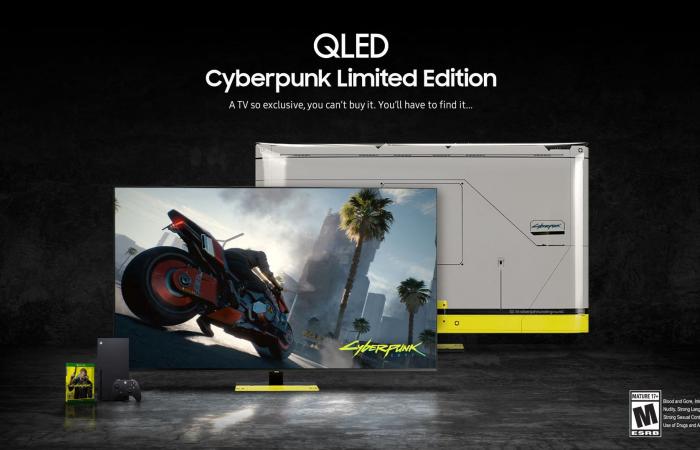 Players are invited into the world of cyberpunk through an alternate reality game called Samsung QLEDecode – a digital scavenger hunt that takes you on a journey through the corners of the internet. Guided by a series of mysterious posts and clues, you will need to use both your individual wits and your community to solve the puzzle. This leads to a final quest that gives five players the chance to test their decoding skills and unlock the grand prize.

Get ready to show off your skills sooner rather than later because there may only be a few clues in the wild waiting to be found. Do you think you have what it takes to crack the code?

You can find detailed information on participating in the alternative reality game Samsung QLEDecode at https://samsung-qledecode.com.

Samsung QLED TVs are designed to fully realize next generation games and deliver an exceptional experience. With them, fans can jump into the latest titles with the breathtaking quality and performance that their developers intended – in 4K HDR at 120 Hz with a low response time of ms and variable refresh rate and play with the sharpest graphics and features specially designed for the latest generation of games.

These were the details of the news Samsung and Xbox are giving fans the chance to win an... for this day. We hope that we have succeeded by giving you the full details and information. To follow all our news, you can subscribe to the alerts system or to one of our different systems to provide you with all that is new.