The best reason to buy a next-gen PlayStation or Xbox console... 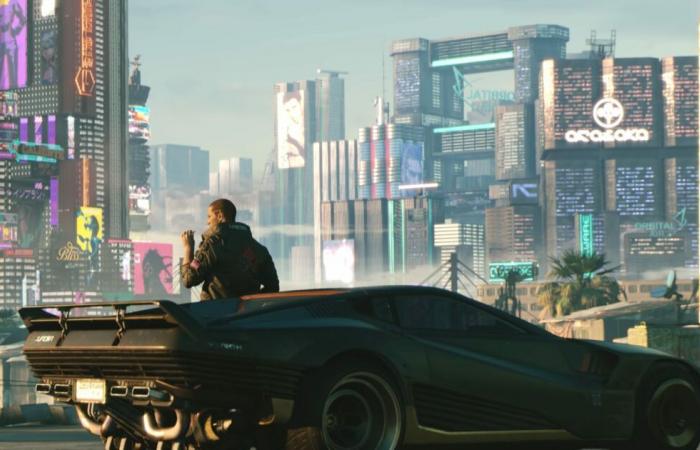 The biggest game of 2020, Cyberpunk 2077, won’t be broadcast to the next generation PlayStation 5 or Xbox consoles when it launches in December.

Instead, the launch is planned for the older Xbox One and PlayStation 4 consoles, for the PC and for the Stadia streaming service from Google.

A version of the game with improved graphics that “takes full advantage of next-generation hardware” will be released at some point in the future.

We are happy to confirm that Cyberpunk 2077 will be backwards compatible with both next-gen consoles! Your PS4 copy of the game will work on PS5 on launch day. Anyone who buys the game on Xbox One will be able to play their copy on Xbox Series X when the console launches too!

. In fact, anyone who owns Cyberpunk 2077 for a current generation console will receive the free upgrade to the next generation versions as soon as they become available.

When the game launches on December 10th, it will run on the next generation PlayStation 5 and Xbox Series S and Series X consoles. In addition, it will benefit from new hardware with faster loading times and higher frame rates.

In short, even if Cyberpunk 2077 isn’t for next-gen consoles, this Christmas season they are still the best way to play the game on a home console.

This situation, which is most clearly demonstrated by “Cyberpunk 2077”, is the core of the argument for buying a new game console this year.

Look no further than the next big Spider-Man game for evidence.

Ask the people who pre-order a PlayStation 5 what game they are most passionate about and they will likely talk about Marvel’s Spider-Man: Miles Morales. It is indeed an important launch game that can be played on the PlayStation 5 on November 12th when the console starts up. It is also available for PlayStation 4 on the same day.

The same situation applies to major multiplatform games like Assassin’s Creed Valhalla, NBA 2K21 and Call of Duty: Black Ops Cold War, which will be available for both the current generation of gaming consoles and the next generation .

The only exception, a great remake of the PlayStation 3 game “Demon’s Souls”, will only appear on the PlayStation 5. For some devoted fans, that’s reason enough to buy a PS5 this holiday season.

The Xbox Series S and Series X don’t have such great remasters or exclusive superhero games. With the Halo Infinite delay in 2021, Microsoft lost its only major exclusive launch game – a game that was also due to be released on Xbox One and PC.

With no critical games that can only be played on next-generation hardware, both Microsoft and Sony rely on backward compatibility to improve their startup libraries. You could play the new Spider-Man on PS4, but it will look better and run better on PS5. You could play Assassin’s Creed Valhalla on Xbox One, but it looks and runs better on Xbox Series X.

Microsoft even has a marketing term for this concept: “Smart Delivery”. This means that the Xbox knows which version of a game to download for which Xbox version. There’s no such name on the PlayStation 5, but a variety of developers offer free next-generation upgrades to games that go beyond the standard profits made by playing older games on newer hardware.

Backward compatibility has been a staple of Microsoft’s messaging with Xbox for a number of years, and it continues with the Xbox S and X series: the new Xbox consoles are compatible with games that go straight back to the original Xbox and your digital library, via transfers . While the PlayStation 5’s functionality is a little more limited, the new console will play the vast majority of PlayStation 4 games, and your digital library will continue to evolve too.

In both cases, the new previous generation console games load faster than ever and at least improve frame rates, making games look smoother in action.

For folks looking to buy a next-gen Xbox or PlayStation on this vacation, there’s a good reason: it’s the best way to play games that you could otherwise play on a game console that you likely already own.

Do you have a tip? Email Business Insider Senior Correspondent Ben Gilbert ([email protected]). or Twitter DM (@realbengilbert). We can keep sources anonymous. Use a non-working device to reach. PR parking spaces only by email, please.

These were the details of the news The best reason to buy a next-gen PlayStation or Xbox console... for this day. We hope that we have succeeded by giving you the full details and information. To follow all our news, you can subscribe to the alerts system or to one of our different systems to provide you with all that is new.