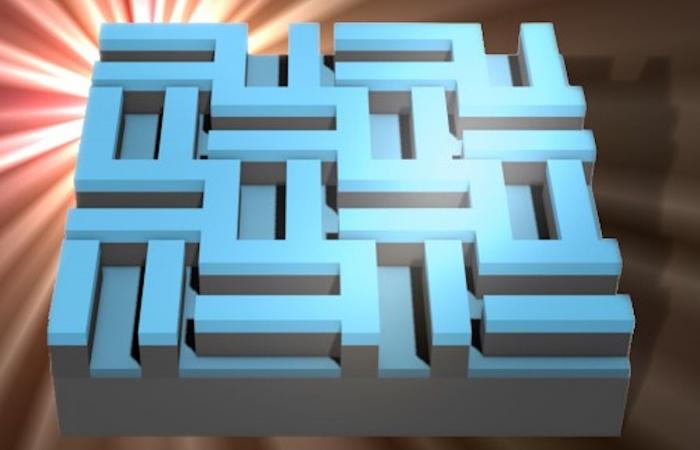 As the world turns away from fossil fuels, there is a broad consensus among experts that solar energy is among the most sustainable and cheapest of any green technology available.

Recently, a new upgrade developed by scientists from the University of York in the UK increased the ability of solar panels to absorb light by an impressive 125 percent.

As a potential game changer, it promises to harvest ten times more energy at the same relative cost.

The team achieved this feat by using a checkerboard pattern for the surface of the panel instead of the traditional flat panel display. The new design is said to have increased the diffraction rate, which measures the likelihood of light being absorbed.

Additionally, the team’s innovative pattern led the team to believe that lighter, thinner, and more flexible solar panels could be a natural result.

Dr. Christian Schuster from the university’s physics department explained: “We have found a simple trick to increase the absorption of slim solar cells. Our research shows that our idea actually competes with the absorption improvement of more sophisticated designs – while absorbing more light deep in the plane and less light near the surface structure itself. ”

“In principle, we could use ten times more solar energy for the same amount of absorber material: solar cells ten times thinner could enable rapid expansion of photovoltaics, increase solar power production and significantly reduce our carbon footprint,” he wrote in the team’s research report, published in the Journal optics.

Working with the NOVA University of Lisbon, the team states that the amount of silicon required for their panels with thinner cells would reduce the cost of new panels. In addition, this could lead to the introduction of solar cell technology for special applications, for example for non-slip walking surfaces.

When developing new solar cell upgrades, scientists know that there is currently a limit to how efficiently photovoltaic solar cells can convert solar energy into usable electricity. A good, typical solar panel converts around 15 to 20 percent of sunlight today.

With such upgrades, companies will undoubtedly increase this level significantly.

SHARE the sunny breakthrough with solar lovers on social media …

These were the details of the news The groundbreaking 3D solar panel design increases light absorption by 125%... for this day. We hope that we have succeeded by giving you the full details and information. To follow all our news, you can subscribe to the alerts system or to one of our different systems to provide you with all that is new.