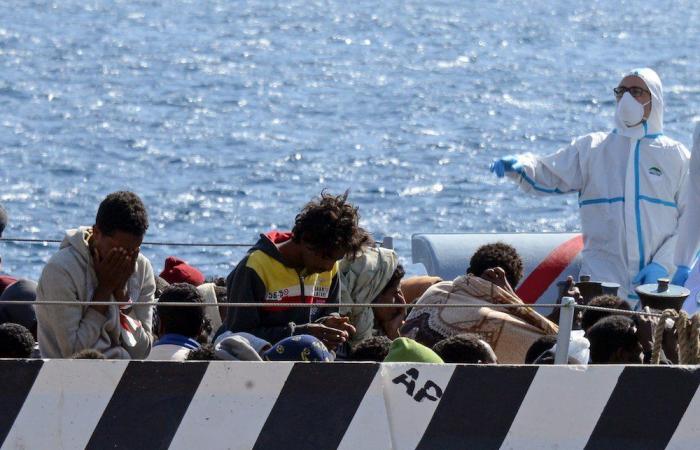 The trial is taking place as Italy faces a surge in immigrants from North Africa attempting to cross the Mediterranean following the arrival of warmer weather.

The eight suspects were charged following the “Sea Ghost” investigation carried out by finance police in the western Sicilian town of Marsala last July. The defendants are said to have criminal links to illegal immigration, human trafficking and cigarette smuggling.

Defendants include Angelo Licciardi, 60, believed to be the head of a criminal organization; Giuseppe Vasile, 63, a construction entrepreneur; and Giuseppa Randazzo, 47, a legal representative for an agricultural cooperative.

All three are from Marsala, which is 30 km from Mazara del Vallo, a fishing port with a large number of North African immigrants.

At the first hearing, defense attorney Luigi Pipitone asked the court to scrap a ruling for an “immediate judgment” issued by a Palermo preliminary investigations judge.

Pipitone said that there was no clear evidence to justify the special proceeding, which does not include a preliminary hearing. The court is expected to rule on the issue on June 15.

Investigators said that the defendants allegedly referred to migrants transported from North Africa to Sicily as “lambs.”

Human traffickers used powerful motorboats and dinghies that carried up to 12 people and 300 kg of cigarettes per trip.

Migrants were often threatened with guns and knives, they said.

Investigators believe that Licciardi was in charge of the finances, and buying and maintaining the motorboats.

After the illegal immigrants reached Sicily, Randazzo produced fake job contracts to allow them to obtain or renew residency permits.

The Tunisian defendants sought out potential migrants in Tunisia and Algeria, according to investigators.

As Italy struggles to cope with a new wave of migrant arrivals amid the coronavirus emergency, an investigation published by an Italian newspaper, Avvenire, has accused Maltese armed forces of turning away a boat carrying migrants at gunpoint after giving them fuel and GPS coordinates to reach Sicily.

According to the newspaper, footage provided by an NGO shows a Maltese armed forces vessel refusing to rescue a dinghy carrying 101 asylum seekers in Maltese territorial waters, instead providing them with equipment to continue their journey to Italy.

Many of the migrants leapt into the water to try to reach the boat, mistakenly thinking they were being rescued.

The newspaper quoted one saying that the Maltese refused to take them to Malta as “everyone was sick from coronavirus.”

“They gave us red life vests, a new engine and fuel, and told us they would show us the route to Italy. Then they pointed guns at us and said: ‘We give you 30 minutes’,” the migrant said.

The migrants eventually made it to Pozzallo in Sicily on April 12.

Footage of the incident, initially sent to Alarm Phone, a migrant hotline service, is set to spark a row between Italy and Malta.

In early April, both countries declared their ports “unsafe” due to the pandemic and closed their borders to migrant landings.

As a result, boats carrying asylum seekers were left adrift in European search and rescue zones. An unknown number died at sea of dehydration or drowning.

When the overloaded dinghy carrying 101 migrants reached Pozzallo, there was surprise that such a small vessel with so many people aboard could make the 500 km trip from Libya.

These were the details of the news Four Tunisians among human trafficking suspects in Sicily for this day. We hope that we have succeeded by giving you the full details and information. To follow all our news, you can subscribe to the alerts system or to one of our different systems to provide you with all that is new.