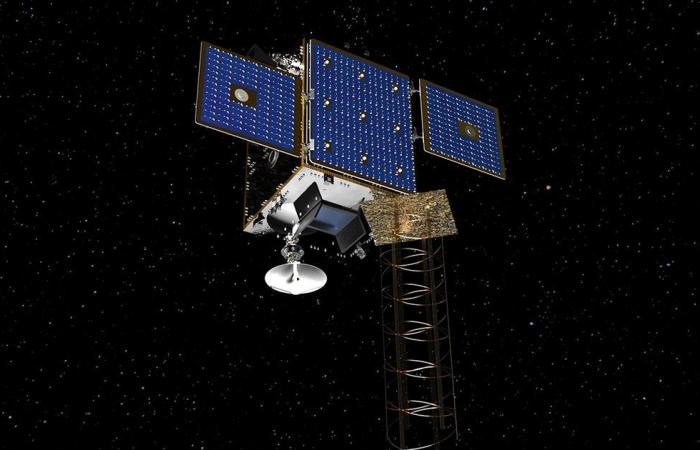 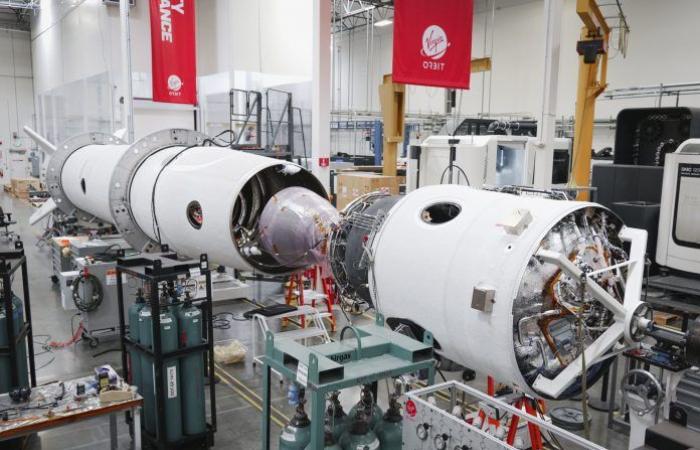 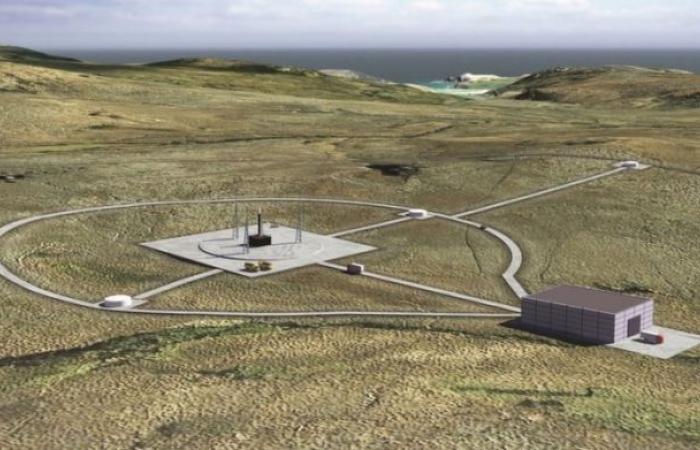 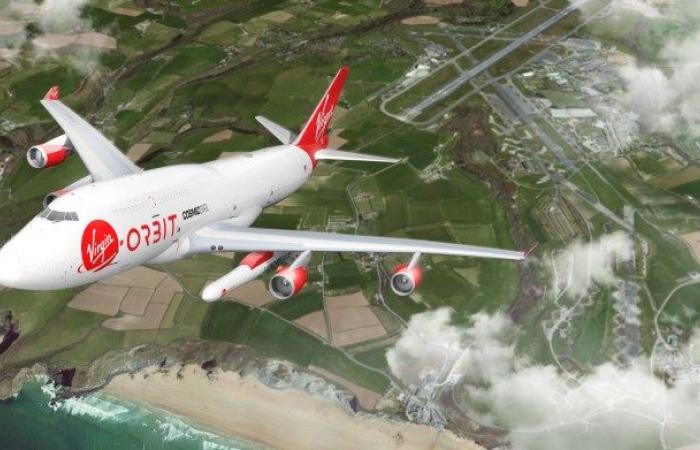 The first space race is often conceived as a battle between two countries: The United States and the Soviet Union. In reality, however, there was another player in the game.

The United Kingdom was once the greatest power in the world thanks to the nation’s ocean-going expertise. It took off into the space race of the 20th century on the fly … and then it crashed and burned.

What happened to the burgeoning British space industry was a lesson for other space programs of rival nations. But while the US and Russia have made strides above all else, the UK is starting to reaffirm its claim to a slice of interstellar pie.

A troubled story – Britain has a lot to be proud of – the Beatles, Gin Tonic, Doctor Who, Chicken Tikka Masala … the list goes on. And in science it was no less influential, home to great thinkers like Isaac Newton, David Hume, and Ada Lovelace. But few people know that the UK is also home to the world’s oldest space advocacy group, the British Interplanetary Society.

As early as 1947, British newsreels were showing Society members sketching plans for lunar voyages eerily similar to what the US space agency NASA would accomplish 22 years later.

After World War II, the company devised an ambitious plan to take Britain to a new frontier. Known as the Megaroc, the project would have sent reused V-2 missiles into suborbital space. It roughly corresponded to NASA’s Mercury project, the first human spaceflight program in the United States

But the British government, in dire financial straits after the devastating war, was not interested. Beyond science, the UK space program stagnated so much that it was forgotten.

Official government policies opposed human space travel, and the country made no contribution to the International Space Station, even though it is an international endeavor between space agencies.

But this laissez-faire attitude towards the great beyond could now be a thing of the past. A second space race, this time funded primarily by private organizations, is taking shape. And now, almost 80 years after Megaroc, Britain could go beyond the British Interplanetary Society’s wildest dreams.

Here are three ways the UK is shifting the needle on space travel and securing the future of our species in space:

1. An expanded role in NASA:

Modern British space history begins in 2010 when all of the country’s space efforts were reorganized under the UK Space Agency (UKSA for short).

After the rebranding, UKSA resumed its relationship with NASA. NASA and the UK’s Ariel joint satellite program is likely the partnership’s biggest achievement to date – but what’s to come is even more interesting. Now UKSA is pioneering the development of critical communications systems that will be used on board NASA’s Lunar Gateway.

The gateway is the second stage in NASA’s ambitious Artemis program. Artemis has two goals: to get an American back on the moon by 2024 and to create both a sustainable base for research and a stopover for further exploration of space.

NASA describes the gateway as an international “outpost” that orbits the moon and functions as a research laboratory, communication center, temporary living space for astronauts and storage for robots.

UKSA is investing over $ 20 million (£ 16 million) in this project. The cornerstone of the UK’s effort is the Lunar Pathway, a communications system developed by a small company – Surrey Satellite Technology Ltd. – is built.

The Pathfinder “will be the first commercial service to meet the need for data transmission around the moon,” said the company’s managing director, Phil Brownnett. He “will not only demonstrate an innovative business idea, but we also expect it.” Will also stimulate the emerging lunar market, “said Brownnett.

Some of the major companies driving the new space race are themselves being driven by billionaires. SpaceX’s Elon Musk and Blue Origin’s Jeff Bezos often make headlines, and London’s own Richard Branson is a distant third. But Branson has two companies in his name that deserve further scrutiny: Virgin Galactic and Virgin Orbit.

While neither company is winning the war of headlines, both Virgin Galactic and Virgin Orbit appear to be making serious strides toward their very different goals.

Virign Galactic does not fire missiles in the typical sense of the word. Rather, the company has developed a unique system in which a cargo plane carries a space plane 50,000 feet in length. Then the spaceplane continues upward and hits 361,000 feet, or 55 miles, from Earth.

This altitude gives the passengers a full five minutes of weightlessness before the vehicle re-enters the earth’s atmosphere.

That height isn’t a universally recognized space barrier, but the idea is so promising that NASA recently announced it would be working with Virgin Galactic to fund future space exploration.

The project is led by Alan Stern from the Southwest Research Institute. On board a Virgin SpaceShipTwo, as the space planes are called, Stern and his team will study the accuracy of astronomical observations and take part in biomedical experiments.

Then there is Virgin Orbit, which is aimed at satellites. The company does without traditional ground-based take-offs for an approach in the air, but this time with a less fancy Boeing 747 that has been repurposed by Virgin Airlines (synergy!).

Called Cosmic girlThe 747 flies to a certain altitude and then the company’s LauncherOne missile system launches its satellite load into orbit.

The LauncherOne system had some technical issues this year. However, the company recently announced that it is partnering with a smaller company to develop a solar-powered upper stage for its rockets. This would allow LauncherOne to go well beyond Earth’s lower orbit and even travel to the moon.

Smaller, nimble space companies are also starting to launch across the UK.

Robin Hague, launch manager at Scottish Skyrora, said Inverse As of August this year, people are “often surprised” that such companies are starting up in the UK

Crucial to the success of these startups is the ability to launch traditional rockets into space at regular intervals, as is the case at Cape Canaveral in Florida and the Baikonur Cosmodrome in Kazakhstan. That could soon become a reality.

The Space Hub Sutherland project aims to bring horizontal launches to northern Scotland. It was recently approved by the local authority that had some environmental concerns.

UKSA plans to use the hub for up to 12 take-offs per year from Scotland – the first flight could take place as early as 2022.

Plans for launch sites in the UK don’t end here.

Do you remember Virgin’s air launches? Virgin is also planning to build the Cornwall Spaceport in southern England. The spaceport’s promotional documents state that Britain must “launch over 13,000 satellites” by 2030.

This air spaceport requires less work than the space hub. In partnership with a local airport, Virgin Orbit will upgrade existing systems and possibly build more once the spaceport becomes an “economically viable and self-sustaining organization”.

Together, these three possibilities show Britain is seriously venturing into space – and Inverse will watch.

These were the details of the news How Britain is quietly disrupting the space industry for this day. We hope that we have succeeded by giving you the full details and information. To follow all our news, you can subscribe to the alerts system or to one of our different systems to provide you with all that is new.