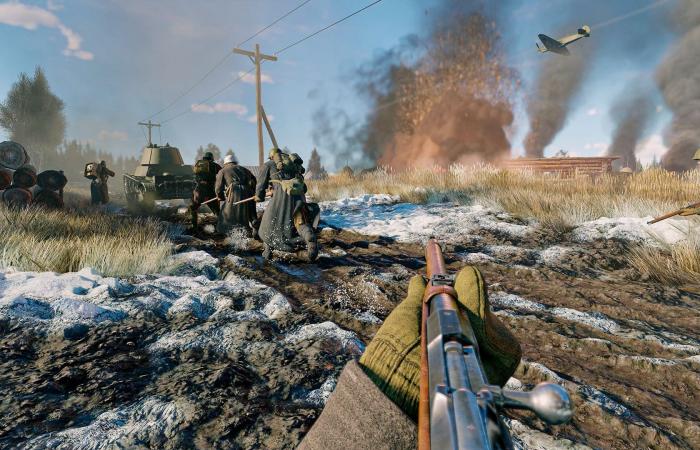 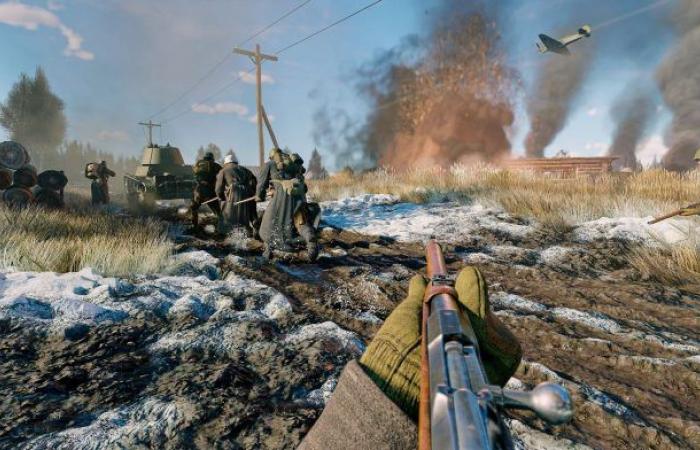 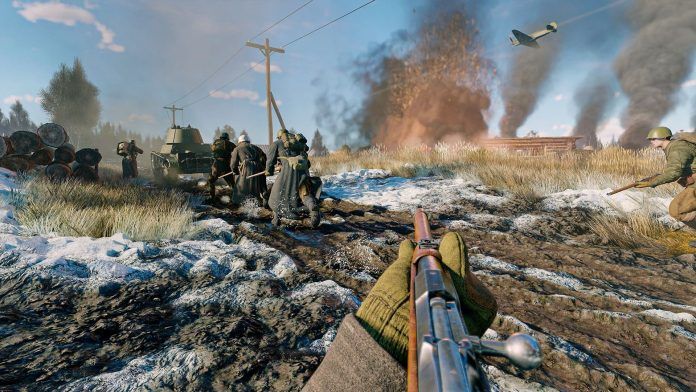 The list of games available at the launch of the Xbox Series X and Series S has grown since we released it, and has therefore been updated accordingly. Yesterday we learned that 31 games will be optimized for Xbox Series X and Xbox Series S as soon as the new Xbox launches on November 10, and today we go into detail about one of them: Enlisted.

A FPS MMO during WWII

Enlisted is a new realistic online shooter that places the player in WWII. Also available on PC on an unknown date at this time, the game is a temporary exclusive for next-gen Xbox consoles. It will be available through the Xbox Game Preview program and purchase of the “Founder’s Pack” will be required to access the game.

Battles take place both on the ground and in the air as players take on the roles of an infantry squad, tank crew commander, or aircraft pilot. Each squad consists of several soldiers who can be trained, equipped with new equipment and taken into battle. It is possible to switch between them freely and stay at the most interesting point of the battle even when some of the soldiers in the squad have already fallen.

Enlisted is divided into campaigns, each of which covers a specific key battle of WWII. The factions, squads, weapons, equipment, ground vehicles and aircraft available depend on the equipment actually present in the specific theater of operations, leading to a unique experience provided by each campaign.

First, players will be able to participate in the “Battle of Moscow” which recreates the violent clashes between German and Soviet troops on the outskirts of the Russian capital during the winter of 1941-1942. The next campaign to arrive in the game preview will be the “Invasion of Normandy” covering the D-Day landings and subsequent battles. Other campaigns are already in development, notably the “Battle of Berlin” and others.

The developers want players to “walk in the boots of a real soldier” and plan arena battles for 15vs15 or 30vs30 fights. This will be about assembling your unit and then playing with that unit until you complete your objective or until the last member of that unit falls to the ground. Battles of 120-150 players have been tested but this will be a maximum, although the final number of players in part has not yet been determined.

Enlisted uses the new version of the Dagor engine, already used in the online military simulation War Thunder and the game Cuisine Royale. The light will be managed by Ray Tracing Global Illumination to ensure that in-game lighting is natural in appearance and reacts to in-game events such as explosions and destruction of objects.

*The article has been translated based on the content of Source link by http://www.xboxygen.com/News/34810-Enlisted-le-FPS-MMO-disponible-en-exclusivite-sur-Xbox-Series-X-S-des-le-10-novembre
. If there is any problem regarding the content, copyright, please leave a report below the article. We will try to process as quickly as possible to protect the rights of the author. Thank you very much!

These were the details of the news Enlisted: The FPS MMO Available Exclusively On Xbox Series X |... for this day. We hope that we have succeeded by giving you the full details and information. To follow all our news, you can subscribe to the alerts system or to one of our different systems to provide you with all that is new.