The technology behind iPhone lidar may soon be available for cars 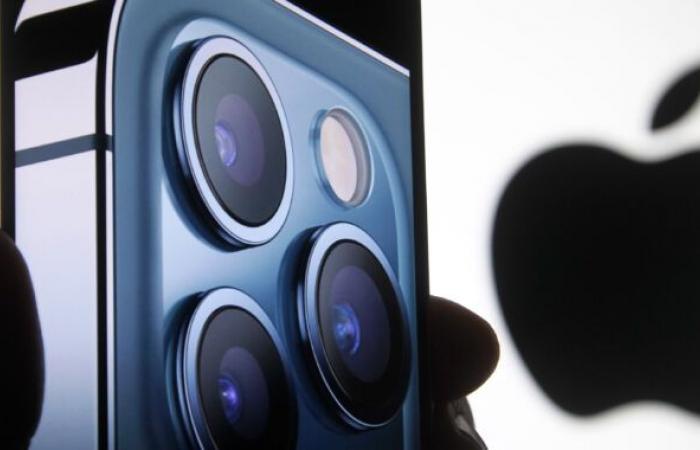 The situation is similar with single-photon avalanche diodes. As the name suggests, these are sensitive enough to capture a single photon. High sensitivity means that they suffer from a lot of noise. Hence, sophisticated post-processing is required to use them for an application like lidar. However, a major advantage of SPADs is that, like VCSELs, they can be fabricated using conventional semiconductor techniques and thousands of them can be packaged on a single chip.

The combination of VCSELs and SPADs allows for a dramatic simplification of traditional lidar designs. Velodyne’s original three-dimensional lidar mounted 64 individually packaged lasers in a column on a rotating gimbal. Each laser had a suitable detector. The complexity of this design and the need to precisely aim each laser at the appropriate detector was one of the reasons why Velodyne’s early lidar units were so expensive.

More recently, a number of companies have experimented with using small mirrors to “steer” a laser beam in a scan pattern. This design only requires a single laser instead of 64. However, there is still at least one moving part.

In contrast, Apple, Ouster and Ibeo build lidar sensors with no moving parts. With thousands of lasers on a chip, VCSEL-based lidars can have a specific laser for each point in the lidar’s field of view. And because all of these lasers are prepackaged on a chip, assembly is much easier than Velodyne’s classic spinner design.

Newer iPhones already had another 3D sensor called the TrueDepth camera, which activated Apple’s FaceID function. It also used a number of VCSELs reportedly provided by Lumentum. TrueDepth projects a grid of more than 30,000 dots onto a subject’s face and then estimates the three-dimensional shape of the user’s face based on how the grid pattern has been deformed.

The iPad’s lidar sensor projects far fewer laser points than the TrueDepth camera. An iFixIt video recorded with an infrared camera showed how the lidar projected a grid of just a few hundred pixels. While the TrueDepth pattern tries to guess depths based on the shape of the light falling on a subject’s face, the iPad’s lidar sensor measures distance directly by measuring how long it takes for light to come from an object reflects and returns to the camera. This process is likely to provide both better depth measurement precision and greater range.

Apple’s lidar performance lags far behind the high-end sensors sold by specialist lidar companies. Velodyne, the company that invented three-dimensional lidar, is promoting its most powerful lidar with a range of more than 200 meters, while Apple’s sensor has a range of around five meters.

Other VCSEL-based lidars are also significantly more powerful than Apple’s. Ouster’s most powerful VCSEL-based lidar offers a range of around 100 meters for the detection of objects with a reflectivity of 10 percent.

Ouster’s current sensors are all Velodyne style spinning devices. You have 16 to 128 VCSELs in a row on a single chip – that chip is then mounted vertically on a rotating gimbal like Velodyne’s units. The simplicity of this solid-state design has allowed Ouster to undercut Velodyne and establish itself as one of Velodyne’s greatest rivals. But these Ouster rotating lidar sensors are still costing thousands of dollars – too expensive to use in mainstream cars, let alone smartphones.

Last week, Ouster announced plans to ship a new solid-state lidar with no moving parts. Instead of arranging 16 to 128 lasers one behind the other as in Ouster’s current lidar, more than 20,000 VCSELs will be arranged in a two-dimensional grid in Ouster’s new unit.

Ibeo is pursuing a similar strategy and could be ahead of Ouster. Ibeo designed the very first lidar ever to be delivered in a mass-produced car – the Audi A8. This lidar was primitive with only four lines of vertical resolution. But Ibeo is now developing a new model called ibeoNext with a laser grating of 128 by 80 pixels – slightly smaller than the planned sensor from Ouster, but significantly larger than the previous offers from Ibeo. According to Ibeo, the sensor will have a range of 150 meters for objects with a reflectivity of 10 percent.

One final contender worth noting here is Sense Photonics, which we covered back in January. Like the other companies we discussed, Sense uses VCSELs and SPADs for its lidar. However, Sense uses a technique called microtransfer printing to spread its lasers. This allows the lasers to consume more power without encountering heat and eye safety issues. Sense’s lidars haven’t had a long range so far, but Sense CEO Shauna McIntyre told Ars the company is aiming for a range of 200 meters for an upcoming sensor that will be announced in early 2021.

Lidar is about to enter the automotive market

Ibeo, Sense and Ouster introduce new, low-cost designs as they anticipate an explosion in demand in the automotive industry. Lidar sensors could significantly improve the advanced driver assistance systems (ADAS) of vehicles.

For example, many people see Tesla as one of the most advanced ADAS systems in the industry. However, the company has an ongoing problem with its vehicles crashing into stationary objects – sometimes with fatal consequences. Lidar is better than cameras or radar at detecting stationary objects. So by adding lidar to cars, you can prevent many of these accidents and make ADAS systems more convenient for drivers.

Until now, lidar was considered too expensive for the automotive market, but that has changed. Several companies have promised lidar sensors that will cost less than $ 1,000 in the next few years.

Ouster aims to have its ES2 sensor ready for mass production of motor vehicles by 2024. The company says it will cost $ 600 in volume initially, with the price dropping to $ 100 in subsequent years.

Ibeo hasn’t announced a price for the IbeoNext, but the company says it already has a deal with Great Wall Motors, a major automaker in China, to begin series production in 2022.

Companies with non-VCSEL lidar designs are also entering this market. One of the most famous is Luminar, which announced a deal with Volvo in May. Volvo aims to have vehicles with Luminar Lidar available by 2022.

These designs have different strengths and weaknesses. Previously, Luminars Lidar had a greater range – up to 250 meters. This is possible because Luminar uses lasers with a wavelength of 1550 nm – far outside the visible light range. The liquid in the human eye is opaque to 1550 nm light, which means that Luminars Lidar can consume much more laser power without creating a risk to eye safety. Luminars Lidar also offers a wider field of view than Ousters.

These were the details of the news The technology behind iPhone lidar may soon be available for cars for this day. We hope that we have succeeded by giving you the full details and information. To follow all our news, you can subscribe to the alerts system or to one of our different systems to provide you with all that is new.