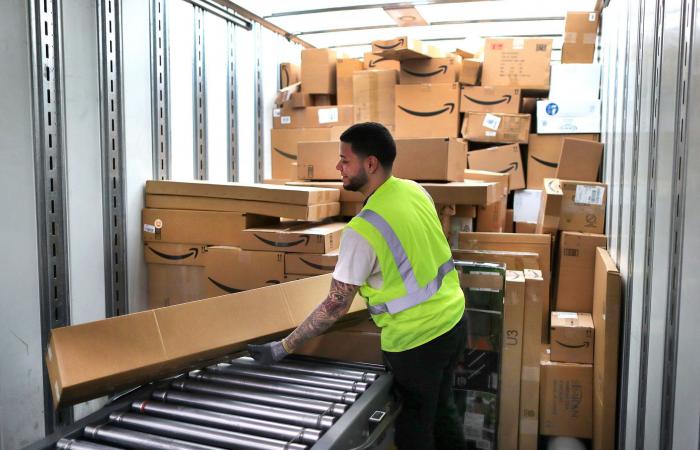 According to Amazon, third-party sellers made more than $ 3.5 billion in their marketplace at this year’s Prime Day shopping event, a nearly 60% increase over the previous year and a record for the small and medium-sized businesses that make up the market .

Launched in 2015, Prime Day has grown into one of the company’s most important retail and marketing events. It secures new Prime subscribers and enables Amazon to further promote its products and services.

This year’s Prime Day was unusual as the coronavirus pandemic forced Amazon to push back the marquee from mid-July to October. The timing means the Christmas shopping season is starting earlier than ever. Other large retailers have followed Amazon’s lead and started their discount promotions this month.

The range of products from Echo, Ring, Eero and Amazon’s private label products is usually heavily discounted on Prime Day. According to Amazon, the smaller and cheaper Echo Dot voice activated smart speaker was the most popular product this year. Prime Day took place in 20 countries this year.

However, more than 2.3 million small and medium-sized companies, which make up Amazon’s online marketplace, also take part in the event. In 2019, third-party sellers reached more than $ 2 billion in revenue on Prime Day. Top-selling third-party categories this year included bedding, wireless accessories, nutrition and wellness, arts and crafts, and healthcare, according to Amazon.

Third-party suppliers are becoming increasingly important to Amazon and account for around 58% of the company’s total goods sold. At this percentage, Amazon is said to have achieved sales of at least 7 billion US dollars on this year’s Prime Day. JPMorgan had previously forecast this year’s event could bring in $ 7.5 billion in revenue, while eMarketer was targeting revenue of nearly $ 10 billion.

The mega sale is set to help the company post a record fourth quarter. In combination with the increase in sales during the holidays, according to analysts at FactSet, Amazon is expecting quarterly sales of over 100 billion US dollars for the first time in the fourth quarter.

These were the details of the news Amazon announces the results of Prime Day 2020 for this day. We hope that we have succeeded by giving you the full details and information. To follow all our news, you can subscribe to the alerts system or to one of our different systems to provide you with all that is new.