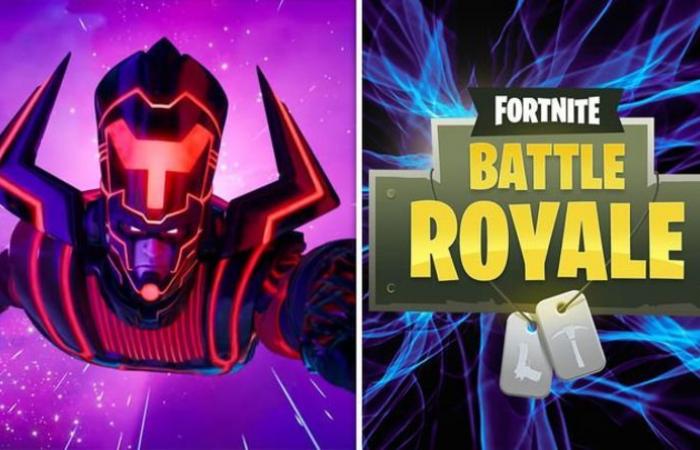 In an email to fans, Epic announced plans to launch a new Rally Royale LTM.

The time-limited vehicle-based game mode prompts players to reach the finish line in the shortest possible time while collecting tickets.

Elsewhere, Combat Shotguns have received a boost that makes them stronger in all areas.

According to the various Fortnite leaks, Galactus can now be seen on the Challenge table card (see below), while various Halloween skins will be released over the coming weeks.

TO UPDATE: The downtime of the Fortnite update 14.30 Server for PS4, Xbox One, Nintendo Switch, PC and Android has started.

The offline server downtime is expected to be a few hours, which means the game will be back online at 11:00 AM CET.

Fortnite Update 14.30 fixes a number of issues in Battle Royale, Mobile, Creative and Save the World.

It will likely introduce new features to the game as well, including map changes, new bosses, and much more. Express Online will have the full list of patch notes when the update goes live.

However, since this is a numbered update and not just a hotfix, patch 14.30 unfortunately coincides with a period of server downtime.

The Fortnite servers will go offline for fans in the UK at 9 a.m.CET. Players typically cannot play games about 30 minutes before the downtime before everyone is kicked out at 9 a.m.

There is no official end time for server maintenance, but it typically stays offline for a few hours.

Maybe we’re stretching here, but the “heads up” in the tweet may indicate the appearance of Galactus.

The Devourer of the Worlds was featured in marketing collateral for season four, so an appearance is inevitable, it’s just a matter of when.

The Marvel super villain has already sent Gatherer drones to Fortnite Island while Silver Surfer showed up earlier in the season.

If not Galactus, then fans can expect another Marvel character to appear as boss, much like Doctor Doom, Iron Man, and Wolverine.

Expect the map to be updated with a new area or two, and we wouldn’t be surprised if a new weapon comes into play.

The Fortnite update 14.30 will also add the next wave of challenges as well as new skins and shop items to the game.

According to the patch notes below, the upcoming Fortnite update also fixes an audio issue with the Last Forever emote. This is in addition to fixes for map marking problems and much more.

– The audio from the Last Forever Emote may still play if the licensed audio is muted in the audio settings.

– By opening the map and placing a marker, held player movements are canceled and they have to be re-entered.

• The XP bar may be visually incorrect during a game. / Incorrect leveling.

– We are aware of an issue that can sometimes occur on mobile devices when the XP from the punch card track in a game is visually incorrect. This can cause players to level up during the game even if they really haven’t. In these cases please refer to the lobby XP bar for an accurate indication.

SAVE THE WORLDWIDE QUESTIONS:

• The daywalker’s sword has a wrong animation when swinging.

These were the details of the news Fortnite UPDATE 14.30 Patch Notes, Server Outage Schedule, Galactus News, Rally... for this day. We hope that we have succeeded by giving you the full details and information. To follow all our news, you can subscribe to the alerts system or to one of our different systems to provide you with all that is new.