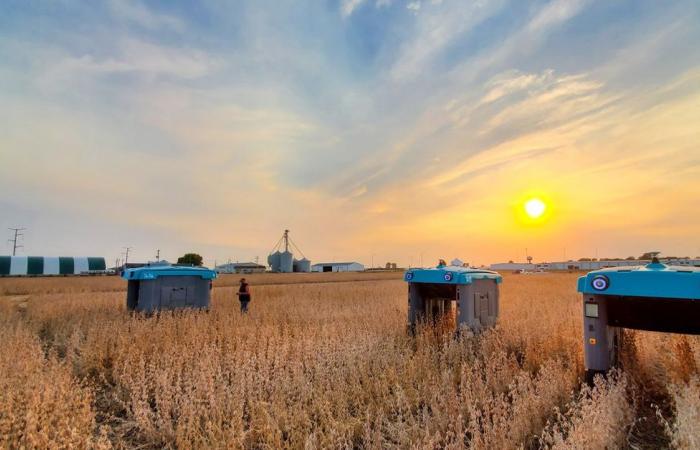 The project focuses on sustainable food production and large-scale agriculture, with an emphasis on developing and testing a range of software and hardware prototypes based on breakthroughs in artificial intelligence, simulation, sensors, robotics, and more says project manager Elliott Grant.

A blog post outlining the project’s vision stated that Mineral, which now has an official name but may have been launched in secret around 2017, according to Grant’s LinkedIn page, will seek technology to solve related problems to use with sustainability. This includes feeding the world’s growing population and producing crops more efficiently through understanding growth cycles and weather patterns. The project will also hope to manage land and plant life as the effects of climate change complicate ecosystems.

“To feed the planet’s growing population, global agriculture will have to produce more food in the next 50 years than in the previous 10,000 years – at a time when climate change is making our crops less productive,” says the new mineral Website.

“Just as the microscope has changed the way we diagnose and treat disease, we hope that with better tools, agriculture can transform the way food is grown,” Grant said. “Over the past few years, my team and I have developed what is known as computational farming tools, where farmers, breeders, agronomists and scientists rely on new types of hardware, software and sensors to collect information and analyze the complexities of the plant world . “

One of the first of these tools is a new all-wheel-drive rover-like prototype, which the Mineral team calls a plant buggy, which examines plants, soil and other environmental factors using a mix of cameras, sensors and other on-board equipment. The team then uses the collected data and combines it with satellite imagery and weather data to create predictive models for the growth of the plants using machine learning and other AI training techniques. The mineral team says they are already using the prototypes to study soybeans in Illinois and strawberries in California.

“We hope that better tools will enable agriculture to transform the way we grow food.”

“For the past several years, the plant buggy has driven through strawberry fields in California and soybean fields in Illinois, collecting high quality images of each plant, and counting and grading every berry and bean. So far, the team has analyzed a number of crops such as melons, berries, lettuce, oilseeds, oats and barley – from the shoot to the harvest, ”says the Mineral website.

According to Grant, the Mineral team will work with plant breeders and growers, farmers and other agricultural professionals to find solutions that are practical and offer real benefits. However, the project is very ambitious. Alphabet’s track record in this department is strong. Waymo is now a leader in self-driving cars that has further opened up its fleet of working driverless vehicles to the residents of Phoenix. Loon’s connectivity division, which uses floating balloons for internet access, has also partnered with telecommunications companies around the world.

“What if every single plant could be monitored and given exactly the nutrition it needed? What if we could untangle the genetic and environmental factors of crop yield? “Grant writes about minerals distant destinations. “What if we could measure how subtly a plant reacts to its environment? What if we could match a plant variety to a plot of land for optimal sustainability? We knew we I couldn’t ask and answer every question – and thanks to our partners, we didn’t have to. Breeders and breeders around the world have worked with us to conduct experiments and find new ways to understand the plant world. ”

These were the details of the news Alphabet’s latest X project is a crop-sniffing plant buggy for this day. We hope that we have succeeded by giving you the full details and information. To follow all our news, you can subscribe to the alerts system or to one of our different systems to provide you with all that is new.