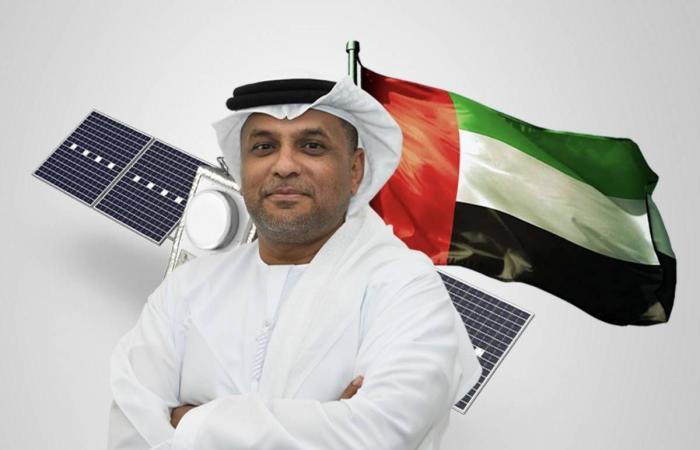 "The first satellite will be launched in 2021 and the second - a technologically enhanced one - the following year," said Dr Khaled Al Hashmi, Director of the National Space Science and Technology Centre, NSSTC, in UAE University in Al Ain.

Navigation satellites offer positioning signals for navigation functions in car navigation systems and smartphones, which are widely used across the globe. These convenient systems use signals from satellites for satellite positioning services that help detect someone's current location. These services are also used for many other purposes such as surveying, and disaster prevention etc.

The UAE's navigation satellite will be the first project of Satellite Assembly, Integration and Testing, AIT, Centre, a collaboration formed by Tawazun Economic Council with Airbus and the NSSTC, Al Hashmi said.

"The satellite project funded by the UAE Space Agency aims for technology demonstration and capability build-up, and not meant for adding a navigation system immediately. We try to select a certain technology, design and develop the satellite and payload here and will own the intellectually property rights.

"And if we are successful, the project can be expanded further," explained the director of the NSSTC, which was jointly established by UAE University in Al Ain, the UAE Space Agency and the Telecommunications Regulatory Authority (ICT-Fund).

No replacement for global systems

The new satellite is not aimed at replacing any existing Global Navigation Satellite Systems, GNSS, the director clarified.

"For us, it is a project to develop local capabilities in designing and building the satellite and payload. It is an initial work and several other countries are also trying to develop similar technologies," Al Hashmi noted.

About the relevance of more countries developing the navigation satellite systems, he said if one existing system does not work, the world can depend on another one. It can be used for some other purposes such as deploying drones.

The UAE's navigation satellite project is part of Science and Technology Roadmap created by the UAE Space Agency and the NSSTC on developing new technologies, Al Hashmi explained. "It is a research project as well. We want to learn how to develop such a technology."

The UAE's Mars Mission, Hope Probe, has contributed to the establishment of the Satellite Assembly, Integration and Testing, AIT, Centre, he said.

"The talks about this has been going on for two years and a deal was reached soon after the successful launch of the Hope Probe, which has opened new opportunities of collaboration between the UAE and global space agencies and companies," the official noted.

The second project of the AIT Centre is development of 813, the Arab Satellite, an initiative announced by His Highness Sheikh Mohammed bin Rashid Al Maktoum, Vice President, Prime Minister and Ruler of Dubai.

"We have the initial configuration of the satellite. We will soon move to the second phase. We have already constituted the local team and we are selecting partners from other Arab countries participating in the project," he revealed.

The UAE initiated the creation of the first Arab Space Coordination Group in 2019 along with 10 Arab nations to develop, 813, an advanced satellite funded by the UAE Space Agency to monitor earth, environment and climate.

The name 813 refers to the date that marked the beginning of prosperity for the House of Wisdom in Baghdad under the reign of Al-Ma'mun.

The new satellite will be designed and manufactured by Arab engineers from countries that have signed the charter for the launch of the first group of its kind in the Arab world. The eleven countries are the UAE, Jordan, Bahrain, Algeria, Saudi Arabia, Sudan, Lebanon, Kuwait, Morocco and Egypt. The member countries of the Group voted for the UAE to lead the new organisation.

About the benefits of the satellite that will be launched in 2024, Al Hashmi said, "The beauty of this satellite is its environmental science objective. It will be the first satellite in the region collecting atmospheric data on climate change.

"This will open new area of research about climate change in the UAE's universities and the collected data will be shared with other universities and institutions in the Arab world," he explained.

The Hope Probe, which took off from Japan's Tanegashima Space Centre on 20th July, is staying healthy on its course and the Mohammed Bin Rashid Space Centre, MBRSC, in Dubai is receiving signals as per the expectations, the official revealed.

"We thank the UAE leadership for their support to the space sector. The leadership and other stakeholders in the government have realised that space is a gateway to all sciences. One mission to deep space needs participation of scientists and engineers in many disciplines.

These were the details of the news UAE to launch a navigation satellite next year for this day. We hope that we have succeeded by giving you the full details and information. To follow all our news, you can subscribe to the alerts system or to one of our different systems to provide you with all that is new.