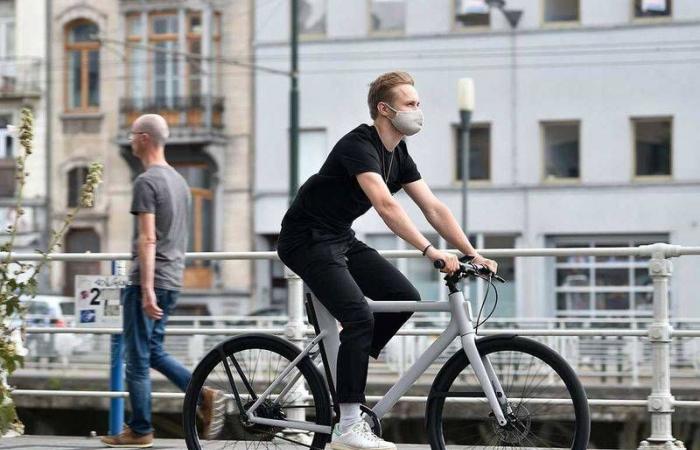 Thank you for reading the news about New race: E-bike revolution tempts Ferrari owners and now with the details

What better partner for a Cowboy than a Prancing Horse?

The Agnelli family's Exor holding company is best known as the owner of Ferrari, the four-wheeled supercar with the stallion logo.

Now, it has joined the race to invest in e-bikes with Belgian e-bike startup Cowboy, as the two-wheeled electric commuter market shifts up a gear.

The electric bike market was already a good prospect: Industry figures show three million were sold in Europe last year, a quarter more than in 2018.

But a number of factors have come together this year to boost the Cowboy in Belgium, which was never as bike-friendly as the neighbouring Netherlands.

As the country tackles the coronavirus crisis, some commuters are shunning public transport.

And the city of Brussels, once jammed by endless traffic jams, is transforming itself to exit the lockdown with vastly more bike lanes.

Speed limits have been cut to 30kph across 85 per cent of the city, despite groans of motorists' groups, and pedal power is up.

"So we really saw a spike, really an explosion in demand. Between January and mid-June, our sales went up three times - tripled in six months," Cowboy CEO Adrien Roose told AFP.

Five investors have joined the young firm, the biggest being Exor Seeds, a venture capital arm of a company that owns Ferrari and Juventus football club.

"We're super happy to be working with them and we're hoping to find synergies, especially in the industrial process," said Roose.

Belgium is more hilly than low-lying Holland, and Brussels' cobbled streets can be hard to navigate on a push bike.

Those intrigued by the concept can book a test ride at the firm's flagship store - more like a sleek consumer tech showroom than an oily bike workshop.

Along with Dutch rivals Vanmoof and France's Angell, Cowboy is trying to tempt a new generation of riders with bikes designed as electric from the wheels up, rather than converted pedal bikes.

And lighter batteries and smaller motors are not the only innovations: the Cowboy is digitally connected to its user - a useful security measure for a vehicle that costs more than 2,000 euros ($2,350).

"People who buy an electric bike are rightly afraid of having their bike stolen. We're not going to create a stronger lock than the others but we could reduce the risk of theft," said Roose.

"If someone steals a Cowboy electric bike, it won't be worth anything to him because he won't be able to turn it on. To turn it on, you need the application with your information: your login and password.

"Secondly, if someone moves your electric bike when it's turned off, you'll get a notification on your mobile app, notifying you that maybe your bike is being stolen, and you can track it in real time."

And if that doesn't work, Cowboy sells bike insurance.

These were the details of the news New race: E-bike revolution tempts Ferrari owners for this day. We hope that we have succeeded by giving you the full details and information. To follow all our news, you can subscribe to the alerts system or to one of our different systems to provide you with all that is new.