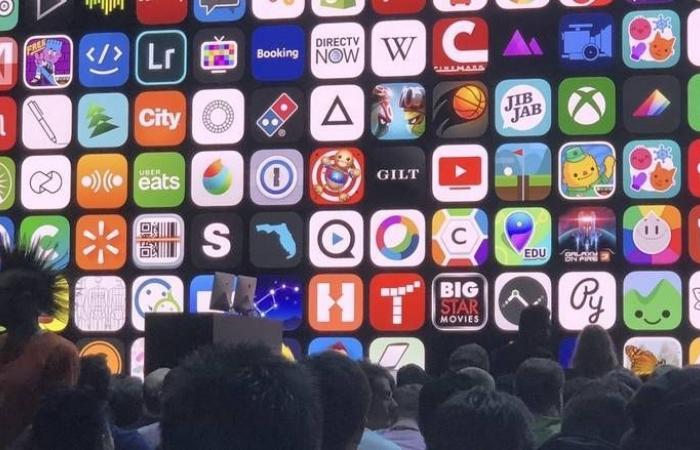 Aden - Yasmine El Tohamy - The Middle East is fast becoming a hotbed for app development, thanks to its relatively young population that is increasingly tech-savvy and economies that depend on interconnectedness to keep economies humming.

Leading the charge are students, who are benefitting from the availability of tools at their fingertips. And with an assist from Apple, they are able not just able to realise their dreams, but also pitch in their contribution to the bigger cause.

Apple on Tuesday announced the winners of its Swift Student Challenge, and four of them were from the Middle East: Mishaal Kandapath from Kuwait, Hassan El Desouky and Omar Nader from Egypt, and Peter Yaacoub from Lebanon.

The challenge was launched to allow and encourage pupils to showcase their budding talents in coding. It is part of Apple's annual Worldwide Developers Conference (WWDC), which starts on June 22.

The drill is simple: Entrants must create a three-minute interactive scene in a Swift playground. The submissions were judged based on technical accomplishment, creativity of ideas and content of written responses.

Swift is Apple's easy-to-learn programming language that produces apps across the company's ecosystem. Apple also has Xcode and Mac Catalyst, which also aid developers in their craft.

The app development world has enjoyed consistent growth, with more people joining the fray and creating content to help users. According to May data from Statista, Apple has 1.85 million apps on its App Store.

On Monday on the Apple Newsroom, it announced that its App Store ecosystem supported $519 billion in sales and billings globally during 2019. The new study, conducted by independent economists at Analysis Group, found that the highest value categories were mobile commerce (m-commerce) apps, digital goods and services apps and in-app advertising.

Apple has almost two million applications on the App Store, with its developer community numbering north of 20 million.

Kandapath, a 12th-grade student, is a self-described "self-learner [who] never waited for anything to be taught in school". If he found something interesting, he'd experiment on it and share the results with his peers.

"Coding has always been one of these interests that have stayed with me until today. Kuwait has very few opportunities for those who are into programming," he said, leading him to develop an app called FreeLearn, which will help students learn Swift in a more practical way.

Engineering major El Desouky, meanwhile, values the importance of imparting knowledge, particularly to the younger generation - the future of technology and app development.

"It's easy for everyone to start with Swift but it is hard to reach an advanced level without proper support," he added. "This is why it is important for me to teach younger generations about programming so they don't face the challenges I faced."

Nader, a software engineering student, has his uncle to thank for encouraging him to code, teaching him the basics back in 2009.

"I have always been fascinated by how games respond to specific hand gestures on the screen; it's where my passion for coding all started," he added.

Yaacoub, who started coding at the age of eight, already has an app called Huh on the App Store, which helps users search the meaning of words in seven different languages.

"It's truly a testament to see that when you practice and do something that you love, you can thrive and achieve the goals you never thought you could," he said.

Being among the winners, they received an exclusive WWDC20 jacket and pin set, plus bragging rights along the way.

While there would be no defined set of rules in developing an app, a budding developer should always keep in mind that there will always be ways to make one stand out from the rest.

Among the tips professional developers give is to keep things simple at the beginning, because complicating things at an early stage might not get the message across to your users.

Being up-to-date with the latest learning tools is also a big plus, and continuing to learn is also needed; not everything can be taught, so one should be resourceful and do research.

Testing is also important, and never stop doing so until you get a clear picture of what you are trying to achieve. Have friends and family have a go at an app you're developing, get their feedback and start improving from there.

And, of course, never be afraid to fail; if anything goes wrong, there's always room to improve and perfect your work; even a small victory in the beginning has the potential to propel you to more wins - so as long you keep your focus and determination.

These were the details of the news Mideast's rising stars of coding honoured by Apple for this day. We hope that we have succeeded by giving you the full details and information. To follow all our news, you can subscribe to the alerts system or to one of our different systems to provide you with all that is new.