Antoine Griezmann, Harry Kane and other footballers who were rejected as youngsters - in pictures 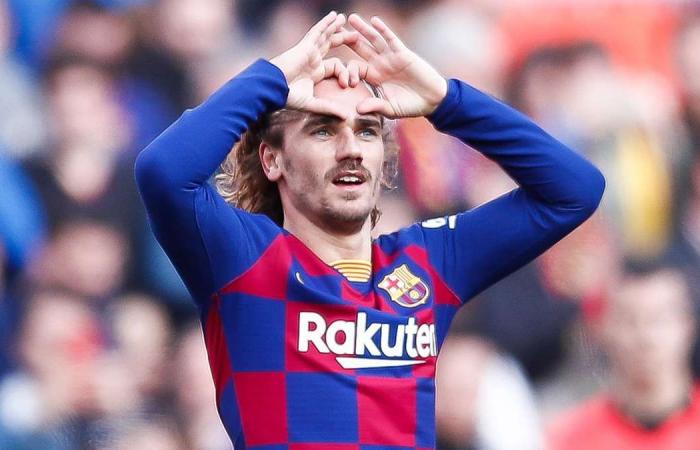 Thank you for your reading and interest in the news Antoine Griezmann, Harry Kane and other footballers who were rejected as youngsters - in pictures and now with details

Hind Al Soulia - Riyadh - Antoine Griezmann started his career playing for French club UF Macon. He had a number of trials with other clubs, including Lyon, but was rejected because of his size and slight frame. It was in 2005 that Real Sociedad scouts spotted Griezmann’s talent and gave him an opportunity. AFP

Chelsea could have had French star Kylian Mbappe as early as 2012. At the age of 13, Mbappe impressed during a trial with the Blues but they reportedly upset his mother by requesting a second trial. He ended up with Monaco and the rest is history. EPA

Argentine great Lionel Messi played for Newell's Old Boys, that’s well known. But in 1995, the then eight-year-old was scouted by Buenos Aires club River Plate. They pulled out of a deal to sign Messi, expressing their inability to pay the $1000-a-month bill for growth hormones. As luck would have it, Barcelona sporting director Carlos Rexach flew in to watch him and “snapped him up there and then” in 2000. PA

Arsenal’s former academy director Liam Brady revealed the Gunners released Harry Kane from their youth set-up at the age of eight because he was "a bit chubby" and "not athletic”. Kane later joined Tottenham where he would go on to become a prolific goalscorer. Reuters

When Mario Balotelli was just a 16-year-old playing in Serie C for Lumezzane, he was given a trial with Barcelona. He even impressed head of the youth team Jose Ramon Alexanko. However, the deal did not materialise because his agent reportedly demanded too much money. Reuters

After spending his early years at HFC Haarlem, Ruud Gullit had a trial at Arsenal in 1982. Gunners’ then manager Terry Neil decided against signing him as he did not find him worth the £200,000 price tag. Gullit went on to win multiple European Cups with AC Milan and the European Championship with the Netherlands. Allsport

As a teenager, the ‘original’ Ronaldo tried to get signed by Flamengo, but it didn’t materialise. According to the Washington Post, Ronaldo was asked to come back for a second trial but he didn’t have enough money for the bus fare, which ended his dreams. He then joined Cruzeiro instead, before moving to PSV Eindhoven at 17 and started his journey to greatness. Getty

An eight-year-old Luke Shaw played at Chelsea's development centre in Guildford, but he was not offered a spot in the academy. He then developed at Southampton before joining Manchester United in 2014. Getty

Michel Platini reportedly had two separate trials with Metz. The first trial was cancelled due to an injury and in the second he fainted during a breathing test. That was the end of that. Platini went on to have a stellar career at Juventus. Allsport

Argentine club Independiente rejected a teenage Zanetti, saying he didn't have the physique to succeed in football. Five Serie A titles, a Champions League trophy and his shirt number retired by Inter Milan proved otherwise. Allsport

These were the details of the news Antoine Griezmann, Harry Kane and other footballers who were rejected as youngsters - in pictures for this day. We hope that we have succeeded by giving you the full details and information. To follow all our news, you can subscribe to the alerts system or to one of our different systems to provide you with all that is new.