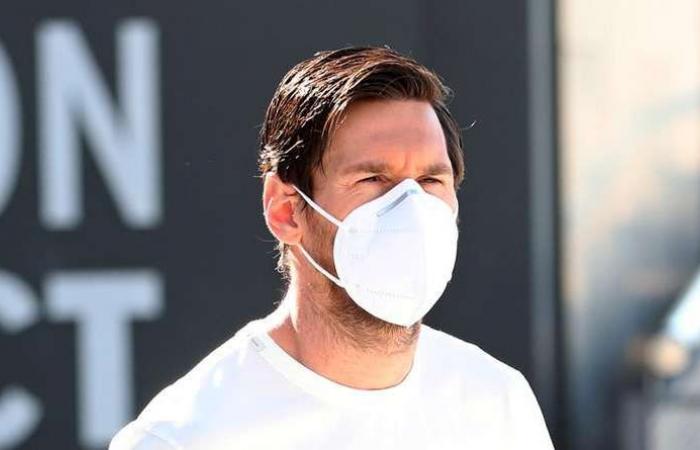 Hind Al Soulia - Riyadh - Barcelona have returned to training after the La Liga champions allowed their stars to start preparing for a potential restart in Spain.

Lionel Messi and his teammates used the Joan Gamper centre pitches for individual sessions, the players arriving alone, already in their kits, and without using the changing rooms.

As well as going through their routines, they were tested to see how two months of coronavirus quarantine had effected their fitness.

"Finally we are getting back to normal. We hope to carry on and that soon we can get back to enjoying what we like to do most," Arturo Vidal told sports daily Marca.

Sevilla, Villarreal, Osasuna and Leganes also returned to training, while Real Madrid - who were two points behind league leaders Barca when play stopped in mid-March - will start again on Monday should their players pass virus tests.

That would mark almost two months since Real had been placed in quarantine following a positive test for a member of the club's basketball team.

According to reports in Spain, none of Real's players have suffered from virus symptoms, but Zinedine Zidane will have to do without Serb attacker Luka Jovic after Real announced on Friday he had fractured his right heel.

Individual training sessions are the first step to what La Liga hopes will be a return to action in June that will complete the 2019-20 season behind closed doors.

The first part of a four-phase de-escalation programme allowed a maximum of six players on the pitch at one time.

La Liga's programme will then permit training in small groups before a return to larger team sessions.

In the fourth and final phase, in early June, the government announced outside events can go ahead with fewer than 400 people in attendance.

League president Javier Tebas has said "it is not an option" to cancel the season given the economic fallout, estimating it would cost clubs around a billion euros (Dh4.35b).

On Thursday, Leganes coach Javier Aguirre said La Liga will resume on June 20 and end on July 26, although league bosses refused to confirm his claim they had told him the dates.

"La Liga has just informed me officially and I am very happy about that because we have now scheduled the training sessions," Aguirre said.

These were the details of the news Lionel Messi and Barcelona stars return to training after two-months in lockdown - in pictures for this day. We hope that we have succeeded by giving you the full details and information. To follow all our news, you can subscribe to the alerts system or to one of our different systems to provide you with all that is new.