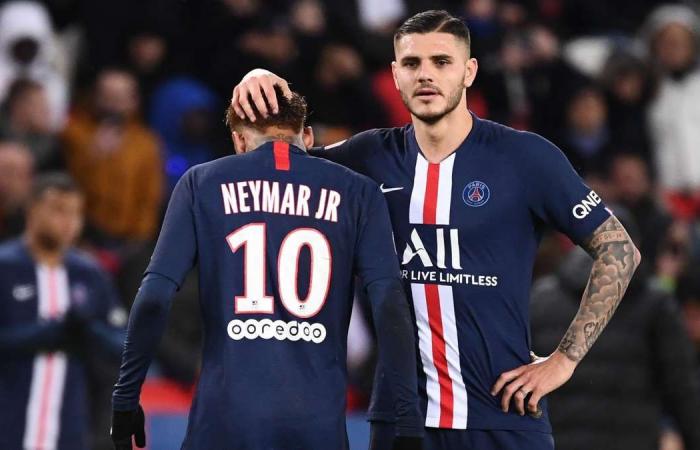 Thank you for your reading and interest in the news Chelsea, Juventus and three other clubs Mauro Icardi could join next season – in pictures and now with details

Hind Al Soulia - Riyadh - Mauro Icardi has scored 20 goals in 31 appearances for PSG this season. However, with reports claiming the Argentine will not stay at the French champions beyond this season, the next five pictures show five potential clubs who could offer Icardi a home. AFP

Chelsea: A youthful and exciting team but in desperate need of an experienced top-class striker. Icardi fits the bill completely. A consistent goalscorer who offers pace, strength and the ability to work in a fluid attack, the Argentine is exactly the sort of player Frank Lampard needs. Finances shouldn’t be an issue, with Chelsea still in possession of much of the €100m from Eden Hazard’s sale to Real Madrid. Some of that went on Ajax winger Hakim Ziyech, and if the rest (plus a bit more) went on Icardi, the Blues would have a fearsome attacking lineup. AFP

Juventus: There are some reports claiming Inter Milan will refuse to do business with title rivals Juventus over Icardi, while other reports claim Juve are ready to offer cash-plus-players to land the striker in the summer, including offering Gonzalo Higuain and Paulo Dybala. Make of that what you will. Regardless of rumours, Juve have a habit of flexing their financial muscles to handicap rivals and Icardi would represent an upgrade on their current strikers, Cristiano Ronaldo aside. EPA

Atletico Madrid: It's been a season of struggle and transition for Atletico following the departure of various key players, led by French forward Antoine Griezmann. Indeed, a lack of goals has been the Spanish club’s biggest issue this season – a problem Icardi would be able to help solve. Diego Costa looks a shadow of the player who until recently terrorised Spanish, English, and Champions League defences, while Alvaro Morata does not offer a frequent enough goal return. Icardi and Diego Simeone – two headstrong Argentines – could make for either a fantastic or combustible partnership. Either way, it would be entertaining. Reuters

Real Madrid: It feels as though Real Madrid are due a bit of a summer clearout. Gareth Bale and his enormous wages are sure to leave the Bernabeu, while the likes of James Rodriguez, Marcelo, and Isco could all make way at the end of the season. Zinedine Zidane remains an avid supporter of his current No 9, Karim Benzema, but Icardi represents a younger, faster upgrade. Icardi has in the past made it clear he would be interested in a move to Real, so if the Spanish giants do make a move, they are likely to be the favourites for his signature. AFP

Manchester United: As well as Odion Ighalo has done since joining his “dream” club on loan in January, it's safe to assume United will be entering the market for a more prominent forward to add quality to the frontline. Despite falling behind their rivals in the chase for major honours, United would still be able to offer Icardi monster wages, which means he will at least listen to their sales pitch. Champions League football might be a key factor in Icardi’s decision and United are right in the mix for a top four finish – if and when the season concludes. AFP

These were the details of the news Chelsea, Juventus and three other clubs Mauro Icardi could join next season – in pictures for this day. We hope that we have succeeded by giving you the full details and information. To follow all our news, you can subscribe to the alerts system or to one of our different systems to provide you with all that is new.