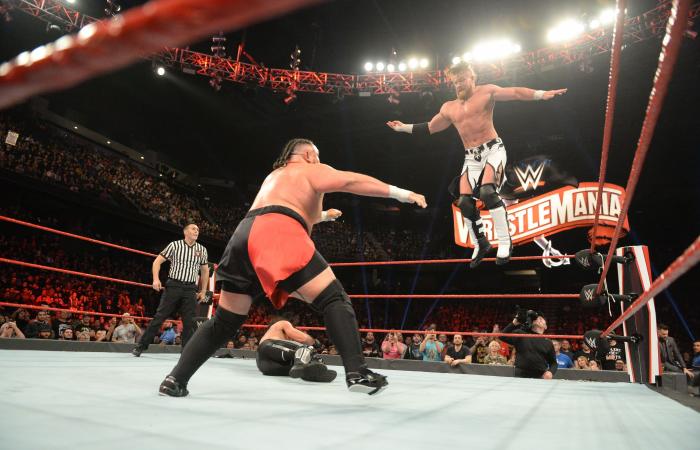 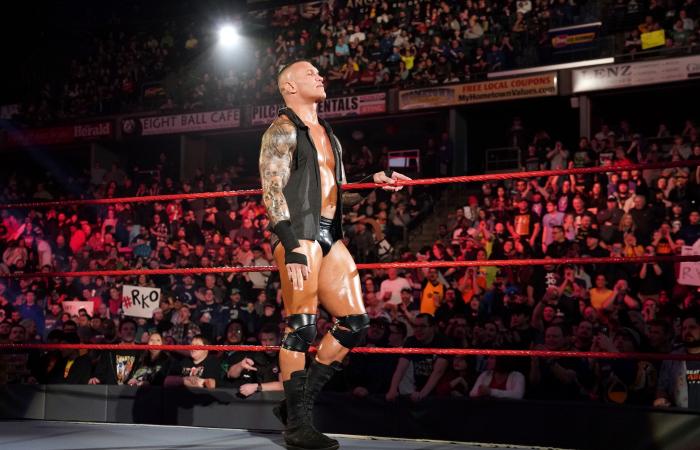 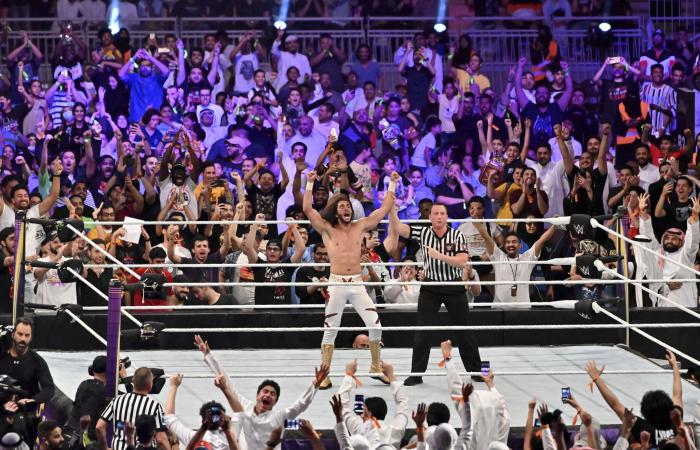 Jeddah - Yasmine El Tohamy - DUBAI: While almost all sporting events have ground to halt due to the coronavirus crisis sweeping the globe, there has been a spot of good news for wrestling fans in the Middle East as WWE has announced that next week’s Wrestlemania, as well as other content, will be available to stream live.

As of Tuesday, March 21, WWE Network – WWE’s video streaming service – is available in the Middle East. Here, fans can stream all WWE live pay-per-view events, including the upcoming WrestleMania in Florida, on their TVs, game consoles, phones, tablets, computers and other connected devices.

WrestleMania will stream the coming Sunday and Monday morning beginning at 2am (KSA) in an event tagged “Too Big For Just One Night.”

For the first time in history this year’s WrestleMania, albeit taking place without a live audience, will be spread over the course of two nights, and homebound fans will be able to catch all the action due to the new service.

Fans can also catch live and on-demand in-ring shows every week, include NXT, NXT UK and 205 Live, as well as every episode of Raw and Smackdown, available on demand 30 days after the original airing.

Alongside the live events, WWE fans worldwide can get access to hours of archive action for limited time thorough the WWE Network library (watch.wwe.com), which features on-demand content, every WrestleMania in history, exclusive documentaries among other content.

WrestleMania 36, which will be hosted by three-time Super Bowl Champion Rob Gronkowski, takes place on Saturday April 4 and Sunday April 5 and features a spectacular line up of matches.

The WWE Championship is at stake when Brock Lesnar takes on Drew McIntyre, while The Undertaker’s feud with AJ Styles looks set to come to a dramatic conclusion when the two men face off at the event. Elsewhere, Edge faces Randy Orton in a Last Man Standing bout, and Becky Lynch takes on Shayna Baszler for the Raw Women’s Championship.

WWE is hugely popular in the Middle East and in less than a year, three major  live events have taken place in Saudi; the inaugural Super Showdown in Jeddah on June 7, 2019, Crown Jewel at King Fahd International Stadium in Riyadh the following October, and most recently, the return of Super ShowDown to Riyadh on Feb. 27 of this year.

One of the biggest attractions has been the Saudi WWE superstar Mansour who in 2018 was selected from a tryout in Jeddah, and has gone on to perform in front of his home crowds in all three events.

Now other Saudi athletes hoping to follow in his footsteps by joining the WWE can apply to take part in more KSA tryouts, currently scheduled to be held in June, but subject to change due to the coronavirus crisis.

Go to www.wwenetwork.com to sign up for WWE Network, which costs $9.99 per month, and the first month is free for new subscribers.

These were the details of the news COVID-19 lockdown fails to knock out WWE’s WrestleMania for this day. We hope that we have succeeded by giving you the full details and information. To follow all our news, you can subscribe to the alerts system or to one of our different systems to provide you with all that is new.