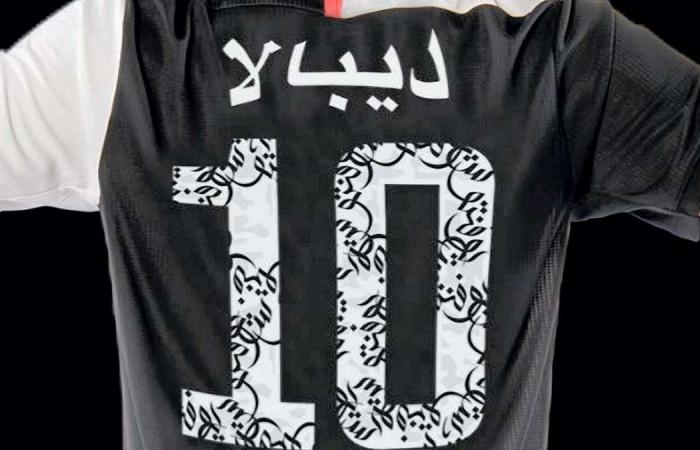 Hind Al Soulia - Riyadh - Juventus have revealed the first ever football shirt to feature traditional Arabic calligraphy, and it will worn at the Italian Super Cup in Riyadh.

And they will be sporting a new look with the Adidas shirt designed in collaboration with Saudi-Moroccan calligraphy artist, Shaker Kashgari.

The limited-edition jersey is a celebration of Arabic culture. Inside each number is a traditional Arabic calligraphy design that spells out the word ‘Juventus’, with each player’s name also written in Arabic text.

Football fans in Saudi Arabia will be able to purchase their Juventus jersey with the bespoke design at Adidas stores in Riyadh and Jeddah until December 31.

“Arabic culture is rooted in pride and passion, the same traits that unite football clubs, players and fans across the globe,” said artist Shaker Kashgari.

“Calligraphy is one of the oldest Arabic traditions, while football is playing an increasingly bigger role in our society - this design brings the two together. Juventus have a beautiful history with culture at the heart; what better way to celebrate that than through traditional art.”

Giorgio Ricci, Juventus Chief Revenue Officer, said: “Through this choice we want to pay tribute to a traditional art form. With this, Juventus proves to be, once again, close to their fans from all over the world, while surprising with a single jersey. The collaboration with the great artist, Shaker Kashgari, makes an important appointment like the Italian Super Cup even more special.”

These were the details of the news Juventus star Cristiano Ronaldo to wear world's first football shirt with Arabic calligraphy for this day. We hope that we have succeeded by giving you the full details and information. To follow all our news, you can subscribe to the alerts system or to one of our different systems to provide you with all that is new.

PREV Absolute dream transfer from star PSV would not surprise Ibrahim Afellay
NEXT Covered in gold and nothing else, Suzy Cortez surprises like a goddess