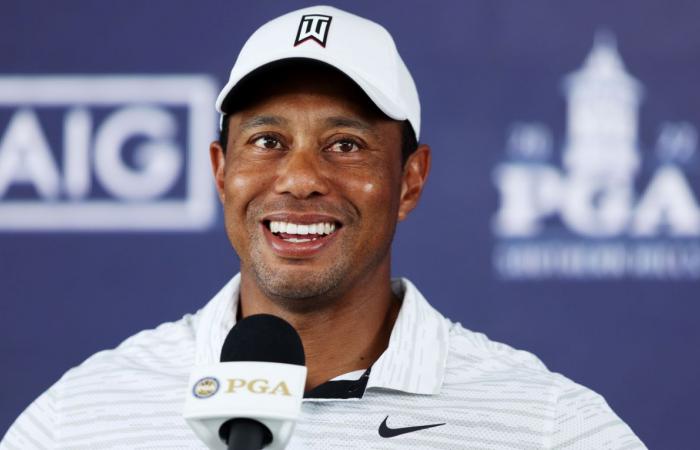 Jeddah - Yasmine El Tohamy - OKLAHOMA, U.S:Tiger Woods and his incredible injury comeback and Jordan Spieth’s quest for a career Grand Slam will seize the spotlight in Thursday’s opening round of the 104th PGA Championship.

Top-ranked Masters champion Scottie Scheffler, 2021 British Open winner Collin Morikawa and second-ranked Spaniard Jon Rahm are among the most fancied players and are together as well, but might struggle to match the Woods group spectator count.

“Tiger’s here, so nobody really remembers that I’m here,” Scheffler said. “So it’s all good.”

His emotional return at last month’s Masters ended with a share of 47th and a stamina struggle, but he saw walking 72 holes as a major feat and says he’s stronger as another endurance test looms.

“I’ve gotten stronger since then, but still it’s going to be sore and walking is a challenge,” Woods said.

Asked if he can win, Woods said, “I feel like I can, definitely. I just have to go out there and do it.”

Among those trying to stop him will be Rahm, who comes off a victory two weeks ago at the US PGA Mexico Open.

“He’s Tiger. He’s a competitor,” Rahm said. “He’s going to try to win every single time and anytime he tees up, the world wants him to win.

“Yeah, totally expected for the attention to be on him, but it doesn’t really change anything of what I want to be doing this week.”

Like Rahm, Spieth wants to be having his name engraved on the Wanamaker Trophy. If he wins, Spieth will join Woods, Jack Nicklaus, Gary Player, Ben Hogan and Gene Sarazen as the only players to sweep all four major titles in their careers.

“I think it’s going to be one of the higher scoring PGAs that we’ve seen,” Spieth said. “It’s a great test.”

World No. 4 Cameron Smith of Australia, a top-five Masters finisher in three of the past five years, is ready for the struggle of playing in the group just ahead of Woods.

“There can be a lot of external noise with crowds and just a lot more moving parts,” Smith said. “Just another thing to really think about. Just make sure to spend a little bit more time worrying about what’s happening outside to make sure when you’re inside that shot, everything’s perfect.”

Tricky winds are expected, with the strongest breezes on the first two days.

“The forecast is different every day in this wind,” Woods said. “It’s supposed to be all different directions. We’re going to see a different course almost every day.”

That, warns Rahm, also comes with tee boxes made for adjustable distances, changing the holes each day no matter the weather.

“They can truly make it as difficult as they want to be,” Rahm said. “They can really, truly manipulate the score out here very easily, even if the conditions are benign and we don’t get too much wind.”

Scheffler, happy to hide in Woods’s shadow, will try to become the first player to win the green jacket and PGA Championship in the same year since Nicklaus in 1975.

“It’s right in front of you. It’s just really hard,” Scheffler said of the course. “You know what to do. It’s just hard to actually do it.”

These were the details of the news All eyes on Tiger’s comeback and Jordan Slam quest at PGA for this day. We hope that we have succeeded by giving you the full details and information. To follow all our news, you can subscribe to the alerts system or to one of our different systems to provide you with all that is new.