The horrific death of the wife of a famous footballer at... 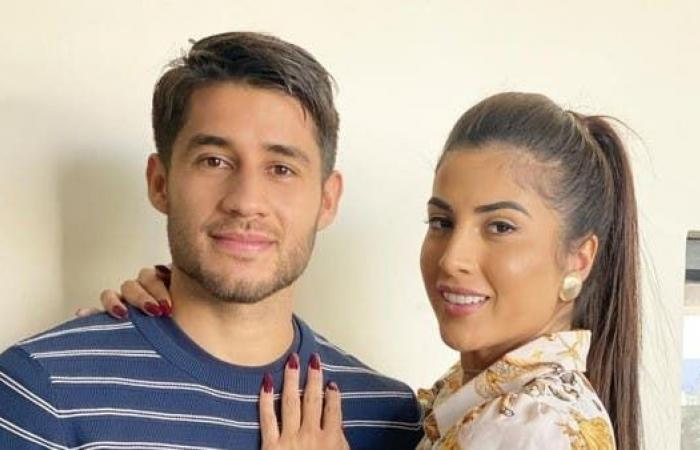 In a shocking incident, the wife of Paraguayan footballer Ivan Torrres, model and influencer on social media, Cristina Vita Aranda, was terrified by a shooting at a concert.

The 29-year-old was shot in the head on Sunday while attending a music festival in Asuncion, the Paraguayan capital, where the shooting broke out, international media reported.

The shooting also wounded four others, who were subsequently taken to hospital. The authorities said the perpetrators were looking for Jose Luis Bogado Quevedo, known as “Corey”, a contraband smuggler with an international arrest warrant, the BBC reported.

Prosecutor Benicio Ramirez, Paraguay’s Cordillera province police chief, said authorities believe the target was “someone else” and that Cristina was shot by mistake, standing near him.

For his part, the famous Paraguayan player published the news in a statement through his accounts on social media, and wrote: “One of Cristinas priorities was to be close to her followers,” explaining that fans can come to take a last look at her at their home in Asuncion.

It is reported that Cristina Vita Aranda has three children with her husband, soccer player Evan Torres, and announced in an Instagram post last December that they separated after 10 years of marriage, although sources reported that the couple were working on repairing their marital relationship when she died. Christina.

Evan shared a video in honor of his late wife, writing: “This is how I will remember you, with that beautiful smile and such a big heart, I will miss you so much.”

These were the details of the news The horrific death of the wife of a famous footballer at... for this day. We hope that we have succeeded by giving you the full details and information. To follow all our news, you can subscribe to the alerts system or to one of our different systems to provide you with all that is new.