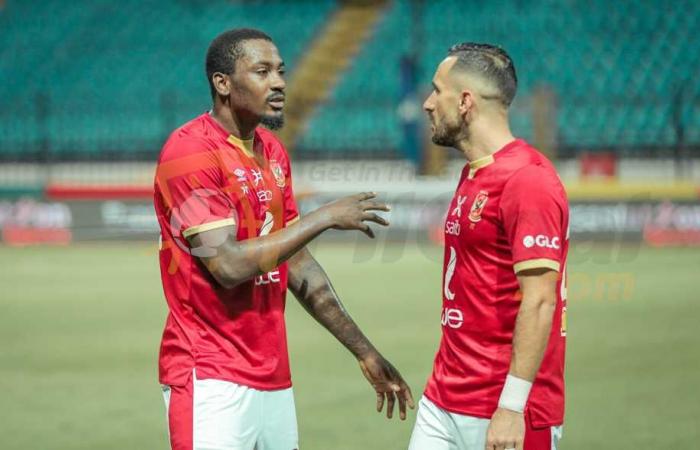 A source in Al-Ahly club denied that Junior Ajayi, the team’s wing, filed a complaint against the club with the International Football Association Board (FIFA) because of his being placed on the local waiting lists.

The source told FilGoal.com: “All rumors about a dispute that reached FIFA between the club and Ajayi is not true.”

And he added, “Ajayi gets his dues on a regular basis, and Al-Ahly is keen on that so that his position is sound.”

He explained, “The Nigerian player did not object to the club being on the waiting list and did not file a complaint against Al-Ahly with FIFA, and things are going well in this file.”

Al-Ahly placed Ajayi on the waiting list because of the presence of 5 foreigners on the team’s list, they are Moroccan Badr Banoun, Tunisian Ali Maaloul, Malian Aliou Diang, Mozambican Luis Micisoni and South African Percy Tau.

Ajayi has played 21 games this season and only scored two goals and assisted 3.

In total, Ajayi played during 5 seasons with Al-Ahly 161 matches, scored 41 goals and assisted 30.

Ajayi won 10 titles with Al-Ahly since joining from Sfaxien, Tunisia.

These were the details of the news FilGoal | News | A source in Al-Ahly reveals... for this day. We hope that we have succeeded by giving you the full details and information. To follow all our news, you can subscribe to the alerts system or to one of our different systems to provide you with all that is new.