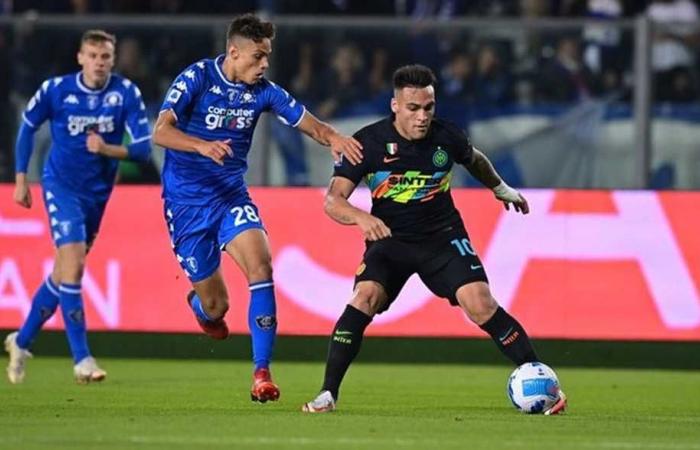 Inter Milan regained its victories in the Italian league and beat its host Empoli with a double without a response, in the tenth round of the competition.

Inter managed to win their first league title after losing to Lazio and drawing with Juventus.

Inter, the league title holder, reached point 21 in third place in the table.

While Empoli’s balance froze at point 12, in 12th place.

Inter advanced in the 34th minute through Danilo Di Ambrizio, then Federico Demarco added the second goal in the 66th minute with an assist from Lautaro Martinez.

In another match, Lazio won an important victory over Fiorentina, with a goal without a response, scored by Pedro Rodriguez in the 52nd minute.

Lazio reached the 17th point in sixth place, while Fiorentina’s balance froze at the 15th point in eighth place.

Roma also regained their victories in the league and achieved a difficult victory over Cagliari with two goals to one.

Despite Cagliari’s lead in the 52nd minute through Leonardo Pavoletti, Roma managed to equalize in the 71st minute with a goal scored by Ibignaz, then Loranz Pellegrini added the second goal in the 78th minute.

Rome reached point 19 in fourth place, while Cagliari’s balance froze at point 6 in last place in the table.

These were the details of the news FilGoal | News | Inter regain victories in the... for this day. We hope that we have succeeded by giving you the full details and information. To follow all our news, you can subscribe to the alerts system or to one of our different systems to provide you with all that is new.