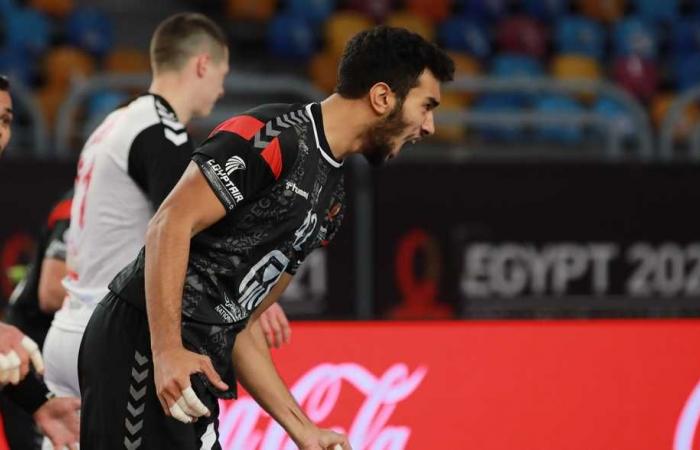 From Zamalek to Viv Kielce of Poland, not now, but two years after the expiration of his contract with Zamalek. This is Hassan Walid Kaddah’s next destination.

The Polish club Viv Kielce announced the inclusion of Hassan Walid Kaddah, the left back of the Zamalek handball club, with a 4-year contract, starting in 2023.

It remains for Hassan Walid Kaddah this season, and the next season, accompanied by Zamalek, before starting his professional career in Europe.

Kadah is one of Zamalek’s juniors, and he has been playing with the first team for two years, achieving with them the Egyptian League title twice, the African Champions League once, and the African Super Cup once.

The 21-year-old was also crowned the African Championship for the year 2020, accompanied by the Egyptian team, and was one of the elements of the team that ranked fourth in the Tokyo Olympics 2020/ and seventh place in the 2021 World Cup.

Kaddah is currently with Zamalek in Saudi Arabia to participate in the Super Globe Club World Cup.

These were the details of the news FilGoal | News | Handball – Two years from... for this day. We hope that we have succeeded by giving you the full details and information. To follow all our news, you can subscribe to the alerts system or to one of our different systems to provide you with all that is new.