Details of the nomination of a former Egyptian player to work... 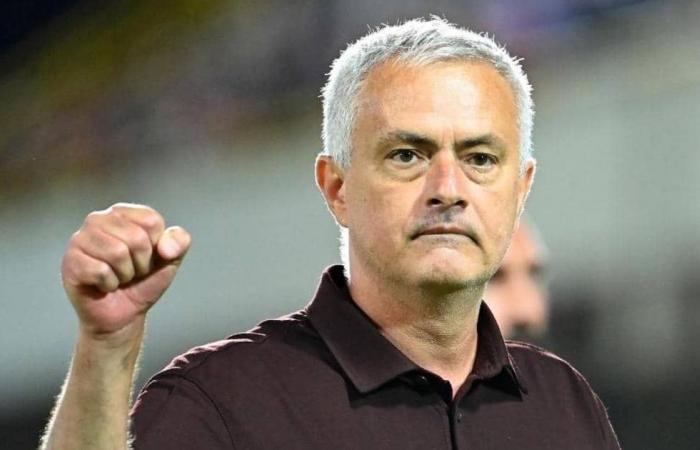 Sabri and Mourinhos friendship began at the beginning of this millennium, when Sabri was one of the stars of Benfica club, and was Mourinho Assistant coach Jupp Heynckes in the Portuguese team during this period.

ويكشف Abdel Sattar Sabri Behind the scenes of Rome’s negotiations with him to join Mourinhos technical staff.

Sabri says: “I have a strong friendship with Portuguese coach Jose Mourinho, since the period I spent in Portugal during my football career as a player, so I contacted him in 2019, when he was in Egypt to analyze the match that collected Pharaohs team And South Africa technically within the (African Nations) competitions, and I asked to join his technical staff, and my request was very welcomed by Mourinho.

Sabri added to “Sky News Arabia”: “While Mourinho was at Tottenham Hotspur, he contacted me in order to join his coaching staff, but he quickly left the team, so with his joining as coach of Roma, he contacted me again.”

The former international player also explains that Mourinho contacted him directly in recent days, to tell him that he is among the candidates to work in his technical staff soon as an assistant coach.

And he added: “Mourinho and one of the Italian club officials contacted me, but so far I do not know the nature of my mission in the country RomeIs it about developing individual players’ skills or something else?

Sabri indicates that he is waiting for an official offer from Rome in the coming days, and he hopes that he will be chosen at the expense of the candidates to join the technical staff of Roma.

It is noteworthy that the assistant staff to Mourinho includes 8 people now, including three assistants who were part of his technical staff at the club. Tottenham Hotspur They are: Joao Sacramento (assistant coach), Nuno Santos (goalkeeper coach), Giovanni Serra (technical coach).

For his part, the media spokesman for the Italian club, Roma, Gianni Castaldi, denied, through press statements to an Egyptian website, that the Italian club communicated with Abdel Sattar Sabri in order to join the technical staff of the Wolves team.

In response to Castaldi’s statements, Sabri says: “This is the way European clubs, they prefer to deny until there is an official step, but I confirm Mourinho has contacted me, and that I may receive an official offer from the Italian team soon.”

Sabri continues: “I know Mourinho well, and this facilitates my task to work with him, and increases my ability to provide a technical addition to the Roma club in light of his presence at the head of the technical staff, and in general I know the Portuguese school in training well, by virtue of my dealings with more than one great coach during the period that her case in Portugal.

It is worth noting that Abdel Sattar Sabri played during the period from 2000 to 2004 for three Portuguese clubs, namely: Benfica Maritimo and Estrella da Amadora, before returning to Egypt through the Enppi Club gate.

Sabri expressed his hope to join the technical staff in Rome, to be a starting step for the existence of Egyptian coaches In the first row clubs in Europe.

He explained that he is not contracted with any club now since his departure from the newly promoted “Coca-Cola” club to the Egyptian Premier League, and Sabri was holding an administrative position in it.

These were the details of the news Details of the nomination of a former Egyptian player to work... for this day. We hope that we have succeeded by giving you the full details and information. To follow all our news, you can subscribe to the alerts system or to one of our different systems to provide you with all that is new.