Kasungu leads the Zamalek attack against Smouha … and Imam Ashour... 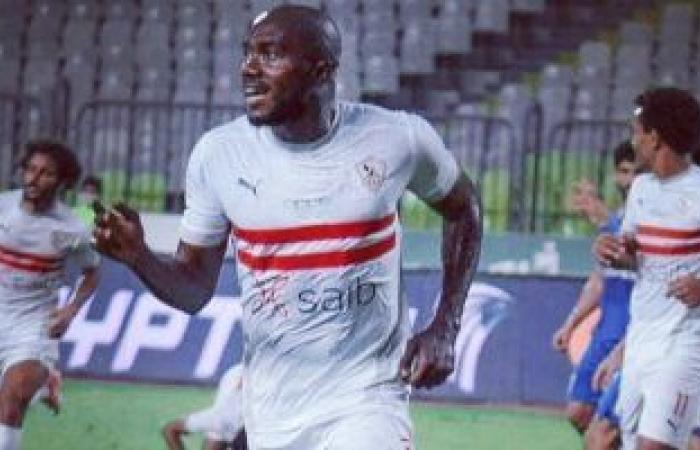 Zamalek’s technical staff announced the formation of the Smouha match, in the match scheduled for 8:00 pm today, Monday, at Ismailia Stadium, within the framework of the 16th round of the Egypt Cup, for which the white champion of the competition qualified from the previous version, after the victory over Al Sharqiya With three goals against a goal, in the 32nd round of the local competition, while the Alexandrian team overcame this role by beating Al-Obour Youth Center with a goal without a response.

The formation of Zamalek came as follows:

The bench seats for Zamalek came as follows: “Mahmoud Jensh, Imam Ashour, Mustafa Muhammad, Muhammad Abdul-Ghani, Ahmed Eid, Islam Jaber, Omar Al-Saeed, Muhammad Antar, Karim Bambo.” Imam Ashour was put on the bench as he did not reach the club about him from The Football Association accepted after the news of his suspension against Khalifa, the events of the last match against Al-Masry.

Zamalek misses in this match the efforts of the trio of young men Hussam Ashraf, Usama Faisal and Yassin Marei, after the Portuguese coach Jaime Pacheco, White’s technical director, agreed to join the youth team camp to participate with the national team in a friendly match today, in front of the Amiriya team, after the agreement between Managing the ball in the White Castle with the technical staff of the youth team, to involve them for only an hour in the friendly match, provided that they attend Zamalek training as of tomorrow, Tuesday, and thus Zamalek will miss the efforts of the trio in front of Smouha alongside Moroccan Ashraf bin Sharqi, the wing of the team, who will be absent from the local matches Coming to the team, after traveling to his country in order to join the Moroccan national team camp.

The match comes days after the match between Zamalek, which he fought against Al-Masry Al-Port Said, last Thursday evening, in the thirty-first round of the Premier League competition, which ended with Al-Whites winning with a goal without a response, at Burj Al-Arab Stadium in Alexandria, to place Al-Abyad second in the Premier League table. With a score of 64 points, after playing 31 games, during which he won 19 matches, drew in 7 matches and was defeated in 5 confrontations, while his players scored 45 goals and conceded 25 goals, and Al-Abyad was considered a nominal defeat 2/0 against Al-Ahly, in the first round match, due to lack of Attending the match on time, in addition to deducting 3 additional points from his balance at the end of the current season, in accordance with the rules of the competition.

Smouha tied in his last match before today’s match against Ismaili, with a goal for each team, in the context of the 31st round of the Premier League competition, to occupy sixth place in the Premier League table, with a score of 44 points, after he played 31 matches in which he won 9 confrontations He tied 17 matches and was defeated in 5 matches, while he scored 40 goals and conceded 32 goals.

These were the details of the news Kasungu leads the Zamalek attack against Smouha … and Imam Ashour... for this day. We hope that we have succeeded by giving you the full details and information. To follow all our news, you can subscribe to the alerts system or to one of our different systems to provide you with all that is new.