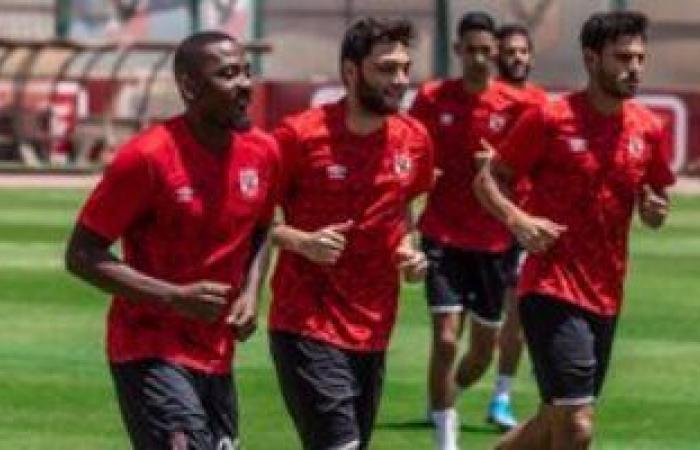 Today, Wednesday, at six in the evening, Al-Ahly team, led by South African Betso Musimani, begins its first training at Mokhtar Al-Teach Stadium in preparation for the new season.

Musimani returned at dawn yesterday, Tuesday, from his country, South Africa, where he spent his vacation, and the Football Association had decided to give the Premier League clubs a rest until September 21, before announcing the schedule of upcoming engagements, whether by completing the Egypt Cup matches or postponing them and announcing the new league matches schedule.

And the local super championship, in which Tala’a El-Gaish will face the runners-up of the Egyptian Cup last season, will be on September 21, which Al-Ahly enters as a champion of the league and cup duo last season..

The Egypt Cup is the second challenge that awaits Al-Ahly After losing the league championship, where the team will face Enppi in the round of 16 on September 25, and the victory awaits the winner from Pyramids and Smouha, before facing Petrojet in the semi-finals if passing through the quarter-finals.

The third challenge will be at the level of the continent, with the African Super match against Moroccan Raja, which is scheduled to be held in the Qatari capital, “Doha” at a date that has not yet been determined.

The latest challenges awaiting Al-Ahly are the presence in Japan to participate in the Club World Cup, for the seventh and second time in a row in its history, after obtaining the tenth star of the African Champions League, which is scheduled to start next December, with the participation of the English champion Chelsea team. UEFA Champions League last edition.

These were the details of the news Al-Ahly begins preparations for the new season at Al-Teach Stadium today for this day. We hope that we have succeeded by giving you the full details and information. To follow all our news, you can subscribe to the alerts system or to one of our different systems to provide you with all that is new.