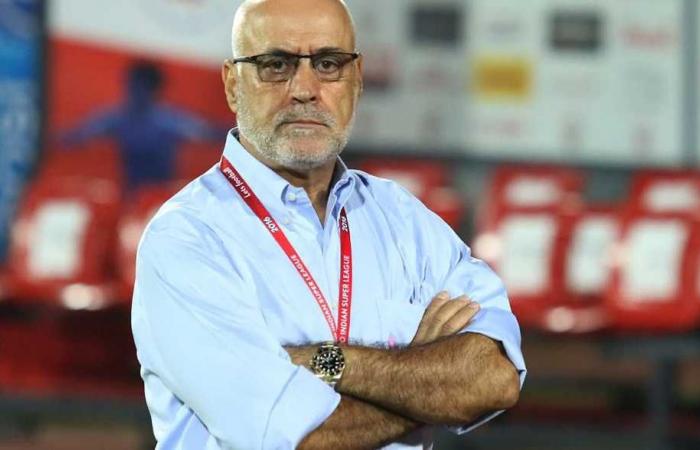 Despite his name being among the candidates to lead the Egyptian national team, Portuguese coach Nilo Vingada revealed that the Egyptian Football Association has not discussed him yet about taking over the leadership of the Pharaohs.

Vingada said toFilGoal.comNo one spoke to me about taking over the leadership of the Egyptian national team.

“I am here to help and give my best to serve Egyptian football,” he added.

“I consider Egypt my second country, and one of my granddaughters has Egyptian ancestry,” he concluded.

Vingada has been the technical director of the Football Association since last April.

Vingada previously led Zamalek in the 2003-2004 season and this period witnessed many contradictions, as he crowned the league championship with a record without defeat after winning the Arab Championship and the Egyptian Saudi Super Cup, but he received a heavy loss from the Rwandan army in the African Champions League and lost the Egyptian Super.

His relationship with Hossam Hassan, the team’s top scorer, witnessed great tension, to the extent that some Zamalek fans cheered the team’s star at the expense of the coach, and the Portuguese coach left after only one season.

Vingada took over the leadership of the Egyptian Olympic team, but he left after failing to qualify for the 2008 Beijing Olympics.

The Portuguese coach was just around the corner from taking over the leadership of Al-Ahly, succeeding Manuel Jose in 2009, but he apologized for not taking responsibility for family reasons days after the agreement.

These were the details of the news FilGoal | News | Vingada to the Joule: No... for this day. We hope that we have succeeded by giving you the full details and information. To follow all our news, you can subscribe to the alerts system or to one of our different systems to provide you with all that is new.