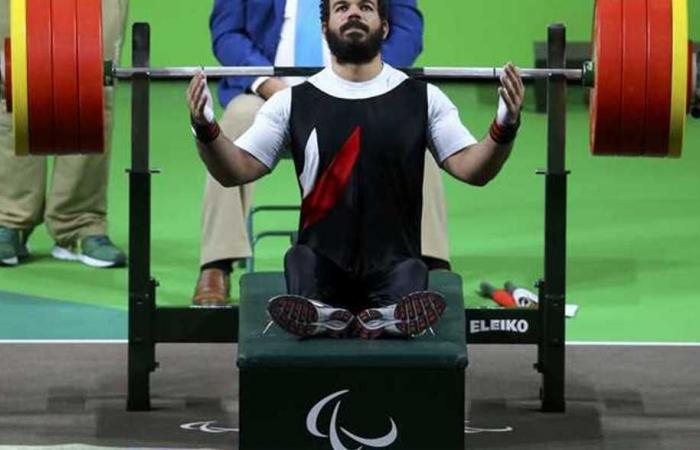 Sherif Osman is seeking to secure the first medal for Egypt in Tokyo 2020 and the fourth in a row in his Paralympic history.

After the attempts of Chilean and El Salvador players failed, Sherif Othman succeeded in lifting the weight of 187 and ascending to first place, waiting for the attempt of the Chinese player

A second successful attempt by our hero Sherif Othman, lifting 184 kg.. After a while, the third and final attempt

Sherif Othman is the world and Paralympic record holder with a weight of 211 kg, set at Rio 2016.

Sherif Othman is participating in the Paralympics for the fourth time in a row and has won 3 gold medals in Beijing 2008, London 2012 and Rio 2016.

These were the details of the news FilGoal | News | Live Paralympics Tokyo for this day. We hope that we have succeeded by giving you the full details and information. To follow all our news, you can subscribe to the alerts system or to one of our different systems to provide you with all that is new.