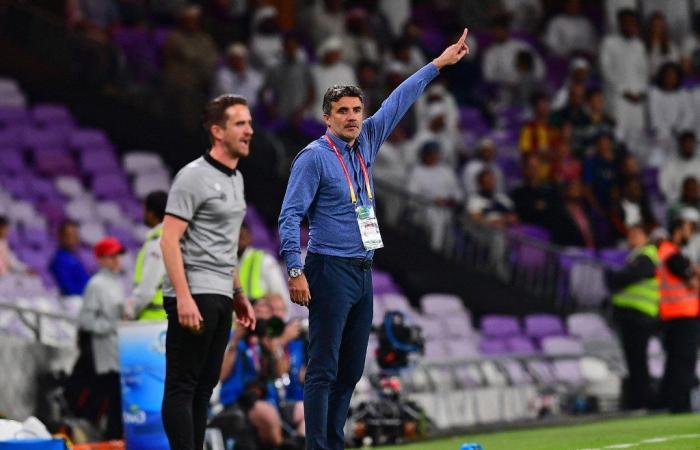 Jeddah - Yasmine El Tohamy - LONDON: It is just over two years since Zoran Mamic took Al-Ain of the UAE to within 90 minutes of becoming world champions. Incredible as that sounds, just as surprising is the news that the Croatian, who also coached the twin Riyadh titans of Al-Hilal and Al-Nassr, is going to prison.

Just days before his Dinamo Zagreb team was due to take on Tottenham Hotspur and Jose Mourinho in the UEFA Europa League, Mamic received a four-year and eight-month sentence on corruption and tax avoidance charges. Along with his brother, a former vice-president of the Croatian Football Association who has fled the country, and two other people, Mamic has been accused of siphoning the equivalent of SAR68 million ($13 million) from transfer fees and avoiding tax of around SAR7 million.

“It’s shocking news,” a Saudi Arabia Football Federation official told Arab News. “Many people thought he would come back to Saudi Arabia at some point in the future as his football was quite exciting. We are sorry to hear what happened.”

Al-Ain marked his longest time in the region and it came sandwiched between two shorter spells in Saudi Arabia. The 49-year-old's first job outside Croatia was Al-Nassr in June 2016, when his attacking football had the Riyadh giants looking good in the league.

There was a famous victory over bitter local rivals Al-Hilal in the semi-final of the Crown Prince Cup on Dec. 26. Al-Nassr lost the final the following March to Al-Ittihad, but by then, Mamic had gone. On January 10 2017, the club announced that they were extending his contract due to the fact that he had brought about technical and tactical improvements but less than three weeks later, he had left.

“Despite our agreement with head coach Mamic to extend his contract for another year, he presented a letter wishing to terminate his contract,” the club said at the time. “Mamic stated in the letter that he got an offer from another club in a neighboring country. Al-Nassr will take action accordingly.”

The neighboring country was the UAE and the other club was Al-Ain.

His first challenge was the AFC Champions League and he led his new team through the group stage undefeated. Then came a tough second round tie with Esteghlal of Iran. After losing 1-0 in front of almost 70,000 fans in Tehran, the second leg was a famous 6-0 victory that earned a quarterfinal with Al-Hilal. The Saudi side took the tie 3-0 on aggregate leaving Mamic to focus on the UAE league.

He did so in style as “The Boss” dominated their way to the title, scoring almost three goals a game and boasting a goal difference of plus 42 in a season of just 22 games. He added the President’s Cup and headed into the 2018 FIFA Club World Cup — as domestic champions of the hosting nation — with the team in great form.

Even so, nobody expected what was about to happen. After defeating Team Wellington of New Zealand on penalties, Mamic’s team claimed a fine 3-0 win over African champions Esperance de Tunis to reach the semi-finals.

Then came the famous penalty shootout victory over the mighty River Plate of Argentina, South American champions no less. It was a major moment in Asian football history.

“I am very happy and very proud,” Mamic said at the time. “What happened was an incredible thing. In 15 days we have played five games – it is incredible what the players did. How much energy, how much love for football, how much spirit, support for each other. It is unbelievable.”

Playing Real Madrid in the final of the Club World Cup was something of a dream despite the 4-1 loss. It was no surprise then that Al-Hilal came calling and in January 2019 he left for Riyadh.

“Winning the first double in Al-Ain’s rich history was an amazing achievement I will always remember,” he said as he left. “What can I even say about the Club World Cup and historic wins that lead us to the final against Real Madrid. Amazing memories we all made together and wrote history. Big thanks to all my players, everyone in the club, and special thanks to Ainawi for their support; without all of you this wouldn’t be possible.”

Yet, his second stint in the Saudi capital only lasted three months, a 97th minute defeat in the Riyadh Derby against Al-Nassr in March doing some damage and soon after he was out.

The decision seemed a little hasty given the injuries the team had suffered, and Al-Hilal legend Mohammad Al-Shalhoub said Mamic was one of the best coaches he had ever worked with. Eventually, the Romanian coach Razvan Lucescu took over and delivered the long-awaited AFC Champions League success shortly after.

Mamic returned to Croatia and his former team Dinamo Zagreb in 2020, clinching the title soon after. He continued to be connected to the region as his name was mentioned as a contender to be the UAE national team coach in December though Bert van Marwijk got the job.

Now however, instead of a glamour European clash against Jose Mourinho and Harry Kane, Zoran Mamic is preparing for prison.

These were the details of the news Shock in Saudi Arabia and UAE as popular Mamic receives prison sentence for this day. We hope that we have succeeded by giving you the full details and information. To follow all our news, you can subscribe to the alerts system or to one of our different systems to provide you with all that is new.