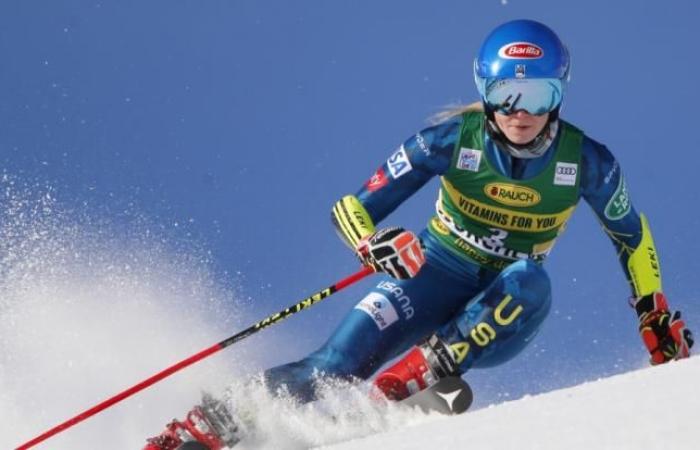 The past season in the women’s Alpine Ski World Cup was ended prematurely by the coronavirus pandemic, which is why the athletes in the new World Cup season are all the more motivated in the starting blocks to compete in a total of 34 individual competitions at 18 different winter sports venues .

Alpine Skiing World Cup for women 2020/21: All results of giant slalom and slalom in Semmering (Austria)

All results of the Alpine skiing-Women’s World Cup in Semmering can be found here soon.

Capricious weather conditions paralyzed large parts of the Alpine ski Monday. While the men’s Super G race in Bormio, Italy, was postponed by 24 hours to Tuesday (11.30 a.m.) due to heavy snowfall, the first round of the women’s giant slalom in Semmering, Austria, was still going on. The second run at noon was postponed twice due to strong gusts of wind and ultimately canceled. The race is to be rescheduled later in the season.

For the German Ski Association (DSV) it was already over after the first round. Andrea Filser clearly missed the final in 46th place, Marlene Schmotz did not even start because of knee problems. At the start in Sölden and at the two races in Courchevel, none of the German giant slalom starters made it into the top 30.

“It’s a shame because she trains really well,” said women’s national coach Jürgen Graller of the German press agency about Filser, who was 4.34 seconds behind leading world champion Petra Vlhova from Slovakia in the first run in Semmering. “In the race she has some kind of blockage and seems very cramped. She doesn’t even come close to her good rides in training.”

With Schmotz it is “probably nothing dramatic, rather a precautionary measure,” said Graller. After she had trained well beforehand, the 26-year-old got “a strange feeling” on Sunday evening, he reported. “After her cruciate ligament rupture last winter, she needs complete confidence in her body. Everything else doesn’t make sense.” She also skipped the slalom planned for Tuesday (3:15 p.m.). “Then we’ll see.”

The wind will probably decrease a bit overnight, said the race director of the World Ski Federation FIS, Peter Gerdol, with a view to the further program. But it will probably take the whole Tuesday morning to prepare the target area in which the barriers and advertising boards were blown down.

These were the details of the news Alpine Skiing World Cup 2020/21 in Semmering: 2nd run canceled! ... for this day. We hope that we have succeeded by giving you the full details and information. To follow all our news, you can subscribe to the alerts system or to one of our different systems to provide you with all that is new.