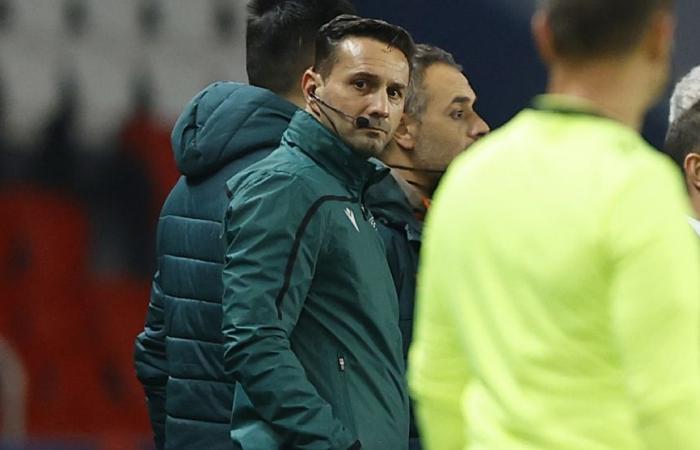 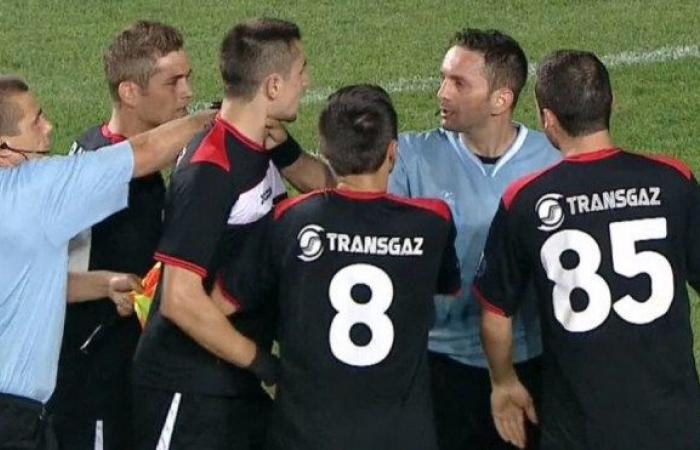 Sebastian Coltescu sowed controversy yesterday at PSG and Basaksehir. The Romanian was the protagonist of an episode of racism that forced the match to stop and marked a football night that was already historic. But who is Coltescu? Have you already been through similar situations? What is your story?

The truth is that his career, which took off in 1996, it’s one of ups and downs. Born in Cariova, the 43-year-old Romanian referee managed to be in the 4-star category in 2006. He was relegated by FIFA, but in 2007 the Romanian Second Division was demoted after controversial performances. It was not until 2008 that he returned to the elite, which is where he is currently in his country.

It is said that, since that episode he starred in 2007, Coltescu has been through delicate moments. Jaime Sandoval from The Eighth Sports He has referred to it on social media: “There were two suicide attempts by Coltescu for what happened previously and for couple problems “, he declares referring to the aforementioned date.

As the main referee, he had only managed this season in Europe the Siroki Brijeg-Kairat Almaty of the first round of the Europa League. Also pit a Atltico-Galatasaray of the Youth League and directed as fourth referee the match of the Champions League last day between Shakhtar and Real Madrid.

In Romania I lived a controversial episode two weeks ago in the match between Gaz Metan Medias and FCSB. The cause of everything: controversial decisions. The same ones that have led him to be criticized on several occasions by the guild.

“Coltescu’s entire career is full of dark moments. He may be talented, but he can do something else, music or dancing. In arbitration it must be impartial “, are the harsh words that Adrian Porumboiu, former Romanian referee and compatriot of his, dedicated after that meeting in a statement that didn’t exactly end that way. “A referee is allowed human error, but they haven’t been for years. There is no game in which it does not intervene directly in the final result, “said Porumboiu.

On another occasion it was Gigi Becali who attacked his way of refereeing without any tact: “I think Coltescu should be retired! I referee better than him! He has made some big mistakes since the start of the championship. Corrupt referees no longer exist in Romania, they are just bad“.

Two of Coltescu’s most famous chapters occurred in 2013 and 2015. In the first of them, he opened the great debate in a match between Petrolul and Gaz Metan that ended with seven expulsions and 13 yellows . One of the players who saw the red one faced him in such a way that he himself Coltescuhe had to grab his neck to defend himself. That of 2015, on the other hand, was in a meeting between Astra and Steaua that ended with three goals annulled at Steaua. The players complained that he also forgave the expulsion of a striker from the Astra,who committed an aggression for which he only saw the yellow.

The President of Turkey, Recep Tayyip Erdogan, did not hesitate to comment on what happened at yesterday’s game: “I strongly condemn the racist comment directed at Pierre Webo and I think UEFA should take action immediatelyWe are not indifferent to racism and discrimination in sport and in life in general! “

In Romanian, Former collegiate Ion Craciunescu believes that everything that happened yesterday will negatively affect the country: “The Romanian arbitration lost enormously through these incompetent management, who could not put Balaj or Tudor as president after they retired. We are in free fall, and what happened tonight will be a difficult slab for him to lift. Romanian arbitration “.

Cristian Balaj, the most prestigious Romanian referee in FIFA and current president of the Romanian Anti-Doping Agency, offered a somewhat different opinion: “If Coltescu addressed and used racist words with the player who felt hurt, then it is not acceptable.If you had a discussion with Hategan, internal, in which the pejorative meaning should not be interpreted, but to identify someone and not offend, then things, even if they are sensitive, are different“.

Balaj defended the referee quartet, but with nuances: “I know them very well, they have never offended anyone, not because of their skin color, not because of religion or whatever. They are very respectful of all the players. It is true, however, that it was a situation could have been avoided and set an example for other referees“.

On the other hand, Emanuel Rosu, Romanian journalist, reflects on Twitter putting himself in the shoes of the fourth referee: “First of all, please take into account the fact that Coltescu, the fourth official, is a fragile and emotional person who tried to kill himself 12 years ago. It was an important case in Romania back then, “he says.

Yesterday was going to be Sebastian Coltescu’s last match in the Champions League. An encounter that, without a doubt, generated and continue to generate debate about the impact and importance of the events.

These were the details of the news Champions: Sebastian Coltescu, a controversial referee with a lot of history behind for this day. We hope that we have succeeded by giving you the full details and information. To follow all our news, you can subscribe to the alerts system or to one of our different systems to provide you with all that is new.