His widow Marie Aude and their children Aron and Awa alongside President Macky Sall. 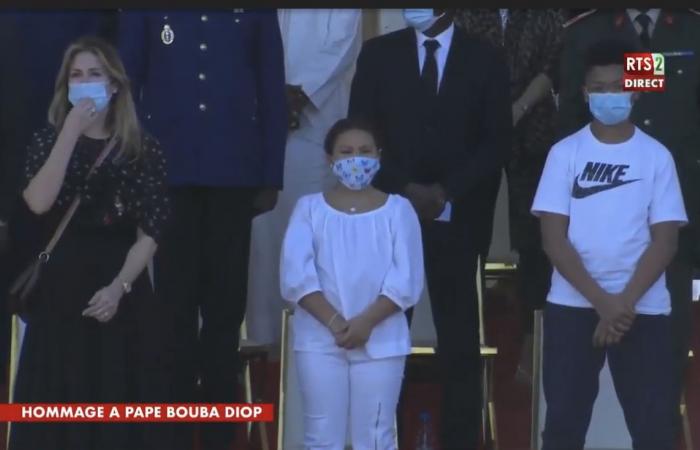 Marie Aude Diop, the widow of Papa Bouba Diop and her two children Aron and Awa Diop, were side by side in the official box with the Head of State, during the tribute ceremony. A beautiful ceremony enhanced by the presence of the 2002 generation (Diouf, Fadiga, Alassane Ndour, Ferdinand Coly, Henry Camara …) all dressed in the national team jersey flocked with number 19 as a tribute. The son of Mbaré Diop and Fatou Sylla, whose coffin was exhibited on the AIBD esplanade, received an exceptional tribute commensurate with his remarkable career. After its posthumous decoration, the remains should be sent to the Principal Hospital in Dakar. Before the funeral scheduled for this Saturday in Rufisque, at the Dangou cemetery …

These were the details of the news His widow Marie Aude and their children Aron and Awa alongside President Macky Sall. for this day. We hope that we have succeeded by giving you the full details and information. To follow all our news, you can subscribe to the alerts system or to one of our different systems to provide you with all that is new.