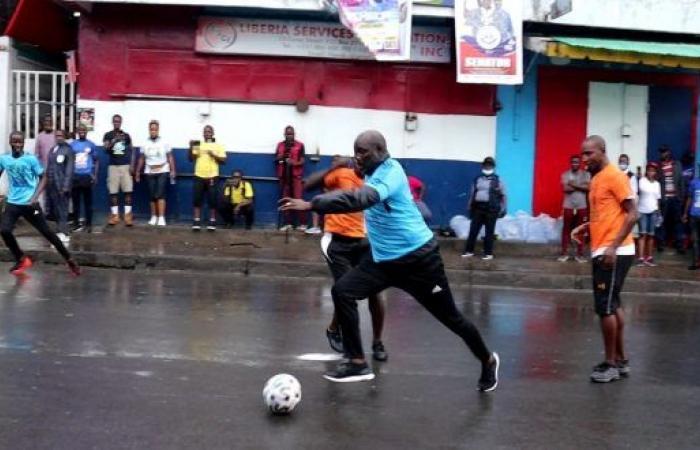 Former footballer George Weah has chosen not to be a president like the others. And to communicate with the youth and be heard, the Liberian Head of State is capable of anything.

This weekend, George Weah was seen in the middle of a football session in the street. He took part, Saturday, November 29, in a part of Maracana with the Liberian youth. An image that goes around social networks.

For the entourage of the former PSG player, it is a way for the Liberian president to send a strong message to the youth and call them to fight to achieve their goals. It must be said that Weah has not forgotten his origins, he who comes from a poor family and who finally succeeded thanks to football.

These were the details of the news Liberia: President George Weah plays football in the streets and makes... for this day. We hope that we have succeeded by giving you the full details and information. To follow all our news, you can subscribe to the alerts system or to one of our different systems to provide you with all that is new.