COP25: Parents plead for planet to be saved for their children 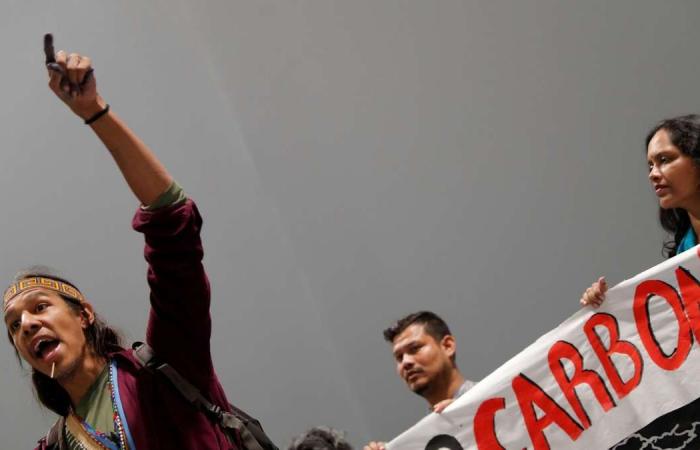 Thank you for your reading and interest in the news COP25: Parents plead for planet to be saved for their children and now with details

Hind Al Soulia - Riyadh - Parents from across the planet urged world leaders holding crunch climate talks in Madrid to intensify their battle against global warming and “give our children the future that they deserve”.

The call came a day before Swedish activist Greta Thunberg is expected to lead climate protesters through the Spanish capital. The 16-year-old activist arrived in Europe on Tuesday after a voyage across the Atlantic by boat.

In an open declaration signed by 222 associations from 27 countries, the concerned parents wrote: “Our children are being handed a broken world on the verge of climate chaos and ecological breakdown.

“As parents, seeing this is agonising.”

Governments are taking part in a UN climate conference known as Cop25 where they hope to agree on the next steps in the climate-change battle.

“Many of the delegates at Cop25 are also parents and we appeal to these delegates in particular,” the parents said.

“Addressing the climate crisis is not the responsibility of our children – it’s our job as adults and parents to act.”

Miss Thunberg is arguably the figurehead of a global, youthful movement that is increasingly dominating headlines as calls grow for world leaders and the public to seriously confront the ongoing climate crisis.

The Swedish activist, who has been the subject of verbal attacks, refuses to fly because of the effect of air travel on the environment.

She famously protested in front of the Swedish parliament in August last year, inspiring millions to join her in demonstrations over the past 15 months.

This week, after her arrival in Lisbon before setting off for Madrid, Miss Thunberg said “people are underestimating the force of angry kids”.

On Friday, activists plan to shut down businesses in Washington which they claim “profit off the climate crisis and immigrant detention”. People, typically in developing countries, are increasingly being forced from their homes as the planet warms up.

The 12-day Cop25 talks, held under the auspices of the UN in the Spanish capital, have addressed the 2015 Paris Agreement, which calls for capping global warming at “well below” 2°C above pre-industrial levels.

Despite efforts by signatories to the climate-change accord, experts said the planet was still warming.

“At our current rate of emissions, we are dangerously close to reaching tipping points which could unravel human civilisation within our own and our children’s lifetimes,” the parents’ statement said.

“We are at a turning point in the story of our species, and you, the delegates of this influential UN climate summit, have an opportunity to choose what happens next. We know that you can and we trust that you will.”

This week in Madrid, it was announced that carbon dioxide emissions will rise just more than 0.5 per cent this year, to about 42 billion tonnes a year.

Earth’s average surface temperature, which has already risen more than 1°C, is on track to rise another two or three degrees even if nations keep their Paris treaty promises.

The Cop25 talks, originally scheduled for the Chilean capital Santiago but moved because of local unrest, have often centred on children and the planet they will inherit.

“All of you, just like me, are so-called decision-makers, and probably have children or grandchildren who you love,” Austrian President Alexander van der Bellen said earlier this week as he brandished a stuffed polar bear.

“Think about those children when you take a decision on behalf of your country. Because our children will later think about us – about what we did, or what we did not do.”

These were the details of the news COP25: Parents plead for planet to be saved for their children for this day. We hope that we have succeeded by giving you the full details and information. To follow all our news, you can subscribe to the alerts system or to one of our different systems to provide you with all that is new.