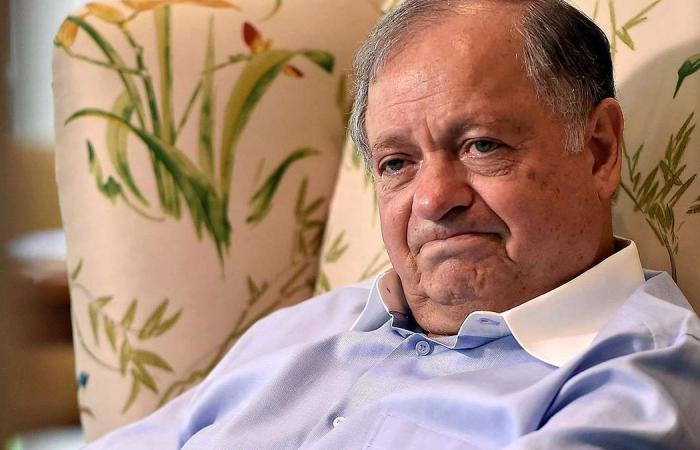 Hind Al Soulia - Riyadh - Prosecutors in the United States have launched a legal case to seize $20 million related to a failed attempt by three sanctioned Iranians to buy a Georgian hotel.

Legal action was filed against Kenneth Zong, a US citizen, who is alleged to have conspired with three Iranian citizens to recover around $1 billion (Dh367bn) from a South Korean bank in defiance of Iranian sanctions.

The US Department of Justice has alleged about $20m of this total was destined to be used to buy the Sheraton Grand Metechi Palace hotel in Tbilisi in 2011 and 2012. The hotel was owned at that time by the Ras Al Khaimah Investment Authority (Rakia) and the aborted deal has been subject to extensive litigation.

"The proceeds of these funds and this attempted transaction are the subject of the forfeiture complaint," the Department of Justice said about the action in the District of Alaska court against Mr Zong. "A complaint is merely an allegation. A defendant is presumed innocent until proven guilty beyond a reasonable doubt in a court of law."

The US authorities went on to praise the role of the UAE, Dubai police and the Ras Al Khaimah government within its investigation into the transactions. "The department appreciates the significant assistance provided by UAE authorities, including in particular the Dubai Police Department’s Anti-money Laundering and Financial Crimes Division and the Government of Ras Al Khaimah," it said. "The department also appreciates the significant assistance provided by the Office of the Prosecutor General of Georgia and the Supreme Prosecutor’s Office and Ministry of Justice of the Republic of Korea."

Mr Zong was based in Seoul at the time of the alleged transactions. He is said to have created fake invoices for construction material to convince South Korean banks and regulators to release the money. In a separate development, the Industrial Bank of Korea agreed to pay $86m in fines over failing to stop the laundering. Mr Zong served time in a South Korean prison in relation to the allegations.

Last week a London High Court judge found that a US-based middleman Farhad Azima had to pay damages of $4.2m plus costs, partly in relation to the Tbilisi hotel deal. The court found that Mr Azima had falsely inflated the costs of a pilot training project and paid a $500,000 bribe over the $62m sale of the Rakia-owned hotel in Georgia.

“The Government of Ras Al Khaimah is continuing to recover stolen assets of the Emirate,” a Rakia spokesperson said in relation to the court victory. “It is committed to bringing to justice those who have misappropriated public funds from the Emirate and its people. This decision is another victory in this fight against fraud.”

In 2014 the US Department of the Treasury sanctioned the three Iranians: Pourya Nayebi, Houshang Hosseinpour, and Houshang Farsoudeh. The indictment said they had been running a money-laundering network from a base in Georgia.

In 2011 the men acquired the majority shares in a licensed Georgian bank with direct correspondent ties to other international financial institutions through a Liechtenstein-based foundation under their control.

This Georgian bank then facilitated transactions worth the equivalent of tens of millions of US dollars for multiple designated Iranian banks, including Bank Melli, Mir Business Bank, Bank Saderat and Bank Tejarat.

These were the details of the news US prosecutors praise UAE role in effort to recover $20m from aborted Georgian hotel deal for this day. We hope that we have succeeded by giving you the full details and information. To follow all our news, you can subscribe to the alerts system or to one of our different systems to provide you with all that is new.

PREV 1971: As chaos erupted in Dhaka, one Pakistani cameraman was there to capture it all
NEXT Trump, returning to political stage, flirts with 2024 run