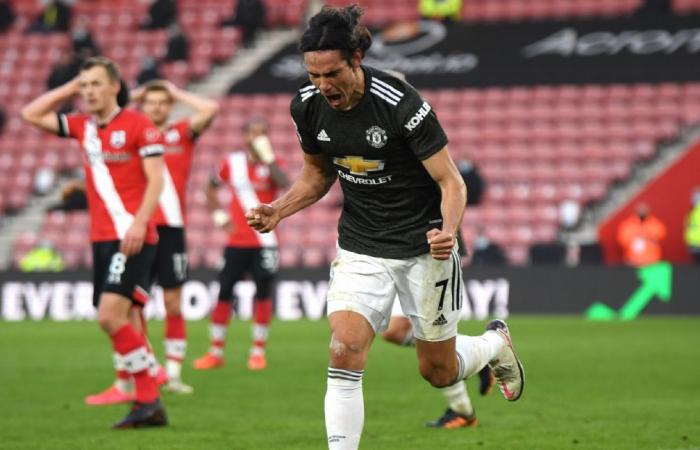 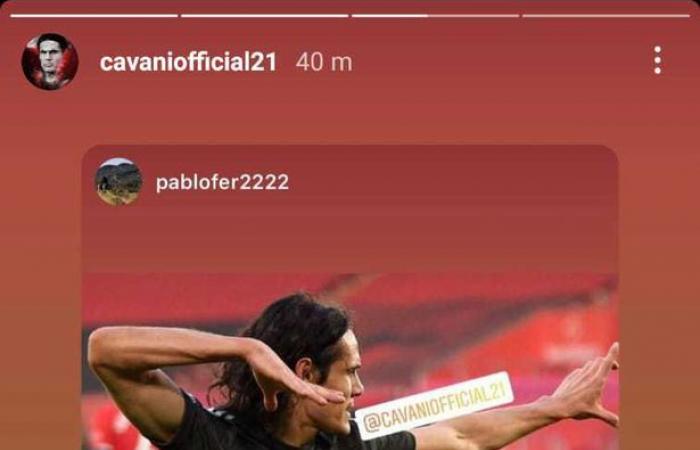 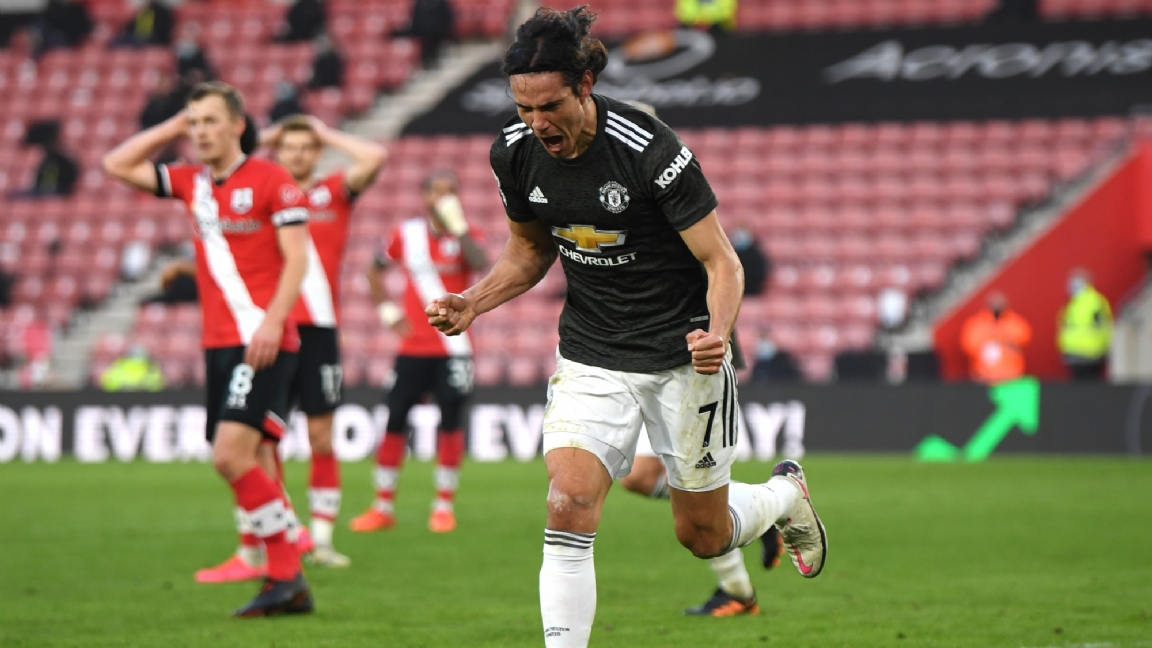 The English Football Association (FA) is expected to open an investigation into an Instagram post by Edinson Cavani, it reports Sky Sports Sunday night. The Manchester United attacker thanked one of his followers via Instagram, using the word ‘negrito’. According to the BBC Cavani used the term affectionately and deleted the message when he learned that the word may have a different connotation in England. His club Manchester United is behind him, it sounds.

The Uruguayan experienced a spectacular raid on Sunday on a visit to Southampton. He prepared the connection goal, took care of the 2-2 himself and struck again in injury time: 2-3. Cavani became the second player ever to be involved in at least three goals as a substitute for Manchester United; Ole Gunnar Solskjaer, currently the trainer of the Red Devils, scored four times as a substitute against Nottingham Forest in February 1999.

After the match, a ‘pablofer2222’ posted a message on Instagram, saying he loved Cavani. It seems to be an acquaintance of the striker, because Cavani has been following the account for quite some time. On his own Instagram Story, he shares the reaction of ‘pablofer2222’ and writes: ‘Gracias negrito’, which can be translated as ‘thank you little black one’. Cavani’s reaction has been criticized on social media. Three hours later, Manchester United’s summer addition removed his post from the social medium. 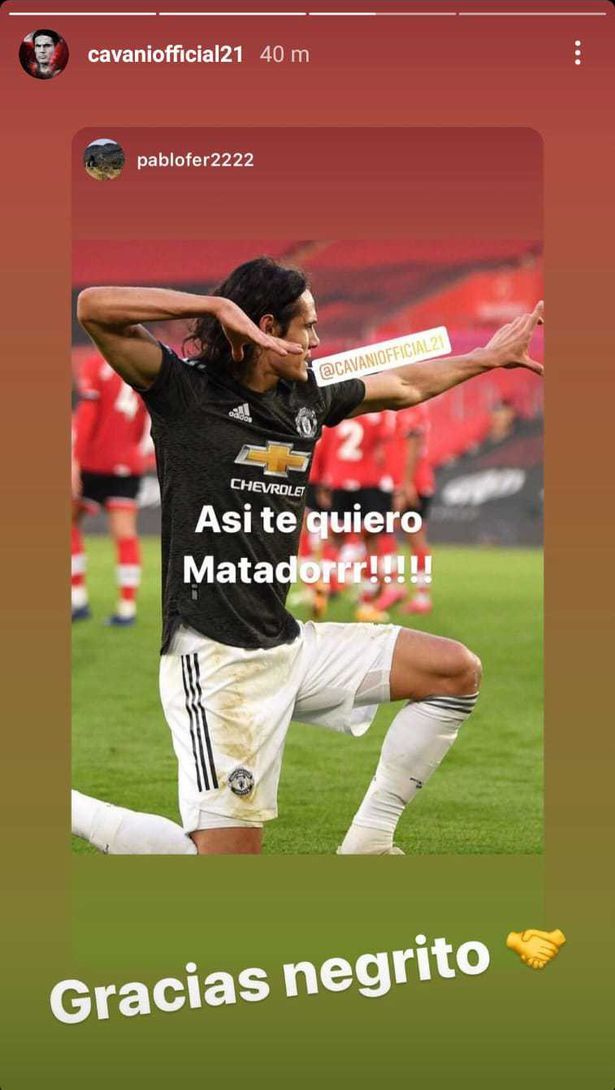 According to the Daily Mail the Cavani camp emphasizes that ‘negrito’ is an affectionate term in South America. The word ‘negrito’ in itself means ‘little black man’. Its precise meaning and connotation may vary from country to country. Indeed, in Uruguay it is used affectionately and certainly not as a swear word. In any case, the FA is aware of Cavani’s post and is expected to open an investigation. That does not mean that charges will actually follow. If it does, it seems difficult to prove Cavani’s racist intentions with his response.

On social media, some are calling for a long-term suspension of Cavani, because the FA did the same in 2011 with fellow countryman Suárez. The then Liverpool striker was suspended for eight games after calling Patrice Evra ‘negro’ seven times during a match against Manchester United. So it was a slightly different word and a different context. The current Atlético Madrid forward stressed at the time that the word ‘negro’ has a different connotation in Latin America than it does in England, but the FA did not believe he meant it amicably, as the two players argued on the field.

Before the fuss about Cavani’s post was clear, Solskjaer was asked about Cavani’s performance. He raved about his pupil. “He is so sharp, so smart and times excellent”, the coach told the English press. He brought Cavani halfway through the match, with a 2-0 deficit, inside the lines and then the game turned. With all goals from Manchester United were the striker involved, and he happily prepared the 2-1. Aaron Wan-Bissaka got the ball to the substitute, whose cross in the penalty area fell at Bruno Fernandes’ feet. The Portuguese took the ball, turned it. open and found the left corner.

Manchester United went on the hunt with the equalizer and got what it was looking for sixteen minutes before time. After goalkeeper Alex McCarthy processed a corner, the ball ended up at Fernandes. He took it from outside the penalty area, but the ball was diverted and Cavani was in the right place after a good run to make it 2-2. It seemed to stay there, until he hit a header in injury time on a pass from Marcus Rashford. Solskjaer called his goal to score the ‘key to success’. Solskjaer also praised the mentality of the routine off the field. “During training, during meals or in the locker room, Cavani shows how extremely careful he works.”

These were the details of the news ‘FA will open investigation into loaded word in Cavani story’ for this day. We hope that we have succeeded by giving you the full details and information. To follow all our news, you can subscribe to the alerts system or to one of our different systems to provide you with all that is new. 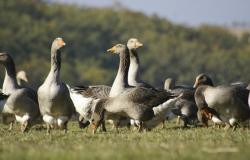 more than 280 infected farms, mainly in the South-West

The prosecution requires 2 years of imprisonment including 8 months firm. 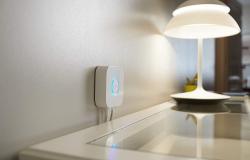 Philips Hue: 2 tips on connected lighting not to be missed