They kill a French businessman in Mexico 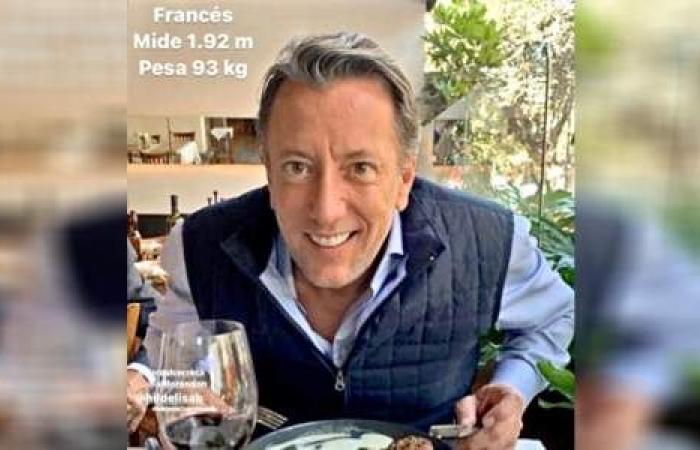 The murder of a French businessman and his Mexican partner this weekend caused “concern” about the insecurity in Mexico City, Claudia Sheinbuam, head of government of the country’s capital, acknowledged this Sunday.

“Yesterday I was in contact with the French ambassador. homicides They have caused a lot of concern and of course solidarity from neighbors and businessmen, particularly from the Miguel Hidalgo mayor’s office, “the local president said at a press conference.

The official referred to the murder of the Franco-Mexican businessman Baptiste Jacques Daniel Lormand, who disappeared on Friday after leaving his home in Polanco, an upper-class neighborhood in the west of Mexico City.

The body of the 45-year-old man and that of his partner, whose identity is not public, appeared the next day with their hands tied in the Pueblo Magdalena Petlacalco neighborhood, in the Tlalpan mayor’s office, in the south of the country’s capital. .

Businessmen, neighbors and friends of the businessman announced a peaceful march for this Monday, when they will bring flowers, candles and messages of support to the French Embassy in Mexico, which is also located in the Polanco neighborhood.

“It is important to also speak with all businessmen and residents of this area to see if there is indeed an issue related to insecurity, particularly with restaurants in this special area of ​​Polanco, that we listen to them, “Sheinbaum said.

Mexico City ranks 10th in the nation in the number of absolute homicides with 1,079 victims in the first 10 months of the year, a rate of 12 murders per 100,000 inhabitants.

The capital of the country is the second entity with the highest absolute crime incidence at the national level, according to the Executive Secretariat of the National Public Security System (SESNSP), which accounts for 164,165 crimes so far this year.

Although local authorities have long denied the presence of drug cartels, businessmen have reported that they suffer extortion from these organized crime groups, particularly in restaurants from areas like Polanco.

But the Secretary of Security, Omar García Harfuch, affirmed this Sunday that “at the moment there is no indication whatsoever to suggest that it was a kidnapping, or extortion”, or “floor charge”, as it is colloquially called in Mexico.

“The main line of investigation at the moment is related to the business of the deceased, consisting of the sale of high-end liquors, where there are investigations that suggest that they wanted to steal the merchandise they were offering,” he reported.

These were the details of the news They kill a French businessman in Mexico for this day. We hope that we have succeeded by giving you the full details and information. To follow all our news, you can subscribe to the alerts system or to one of our different systems to provide you with all that is new.