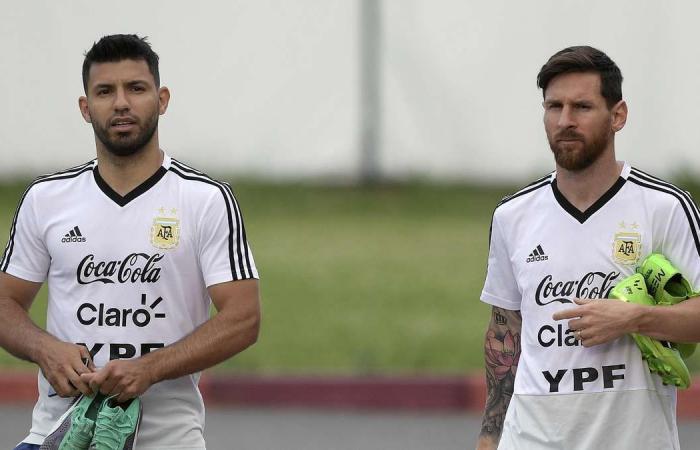 Diego Armando Maradona is dead. The Argentine died at the age of 60. The football world is in a state of shock.

Update from November 26th, 9.25 a.m.: Diego Maradona* is dead. The entire world of football is in a state of shock. In his home country Argentina grief is omnipresent. But also in Naples, Where Maradona once played, people are stunned.

Maradona’s daughter Giannina was with the Argentine superstar Sergio Aguero married. In 2009 their son came Benjamin to the world, after five years of marriage, the separation followed in 2013. The top scorer of Manchester City contacted Twitter after Maradona’s death. He wrote: “We will never forget you. You will always be with us. Thank you Diego, rest in peace. “

The relationship between daughter Giannina and father Diego was considered complicated, there was even a legal battle in the past. On his 60th birthday on October 30th, she posted an emotional message on Instagram. Among other things, it said: “I am grateful for all of our mistakes and advantages. I celebrate you, I miss you and I love you forever! “

First report from November 25th, 5.40 p.m .: Munich – Diego Armando Maradona has passed away, confirmed the Argentine association AFA. The 1986 soccer world champion is said to have died of cardiac arrest.

As his spokesman confirmed, the 1986 world champion died of a heart attack on Wednesday less than four weeks after his 60th birthday. As a result, a autopsy arranged.

Diego Maradona dead: football icon died at the age of 60 – cause of death is probably clear

Maradona was at a private clinic in Buenos Aires on November 3rd for one Blood clot had surgery in the brain. Was a day earlier Maradona was admitted to a hospital in La Plata because he felt unwell – and to take better medication because he has been taking antidepressants for a long time. A scan found the clot. Maradona was then transferred to the special clinic in the capital.

He was allowed to leave the hospital eight days later. His personal physician Leopoldo Luque called the development of his condition “satisfactory” at this point in time.

Maradona turned 60 on October 30th. His medical record was long: he suffered at least two heart attacks, contracted hepatitis and had gastric bypass surgery because he was overweight. In addition, Maradona has received treatment several times for his drug addiction.

Diego Maradona dead: football icon died at the age of 60 – spokesman confirms cause of death

Last was Maradona worked as coach of the football club Gimnasia y Esgrima La Plata. His action in the 1986 World Cup quarter-finals when he kicked the ball into the goal against England made him unforgettable. After that he claimed that “Hand of God”* was in the game.

Argentina has after Tod his soccer idol proclaimed a three-day state mourning. The government announced on Wednesday immediately after the news of the death of the world captain in 1986. Maradona according to matching media reports will receive a state funeral.

The city of Naples wants the San Paolo stadium in “Maradona-Stadion “ rename. This was declared by the Mayor of Naples, Luigi de Magistris, who also declared a day of mourning for the death of the Argentine football legend. In several districts of Naples the blue flags were on Wednesday evening SSC Naples as a sign of mourning for Maradona’s death to see. Some fans showed up on the street wearing the number 10 jersey, the Maradona wore during his time at SSC Napoli.

Maradonas The body will be laid out in the Argentine presidential palace for three days from Thursday. This was confirmed by press spokesman Mario Huck on Wednesday evening for the AFP news agency. “It will be at Casa Rosada, Thursday through Saturday,” said Huck. The “Pink House” is located in Buenos Aires in the Montserrat district on the central Plaza de Mayo. (smk / sid) * tz.de is part of the Ippen-Digital network

These were the details of the news Diego Maradona: daughter married a soccer star – whose tweet goes... for this day. We hope that we have succeeded by giving you the full details and information. To follow all our news, you can subscribe to the alerts system or to one of our different systems to provide you with all that is new.