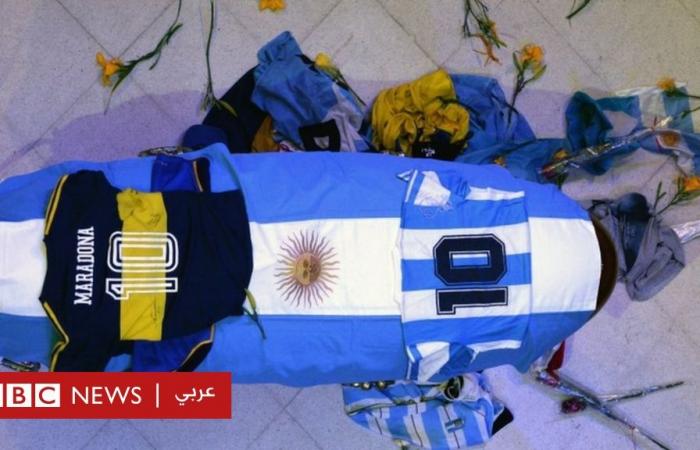 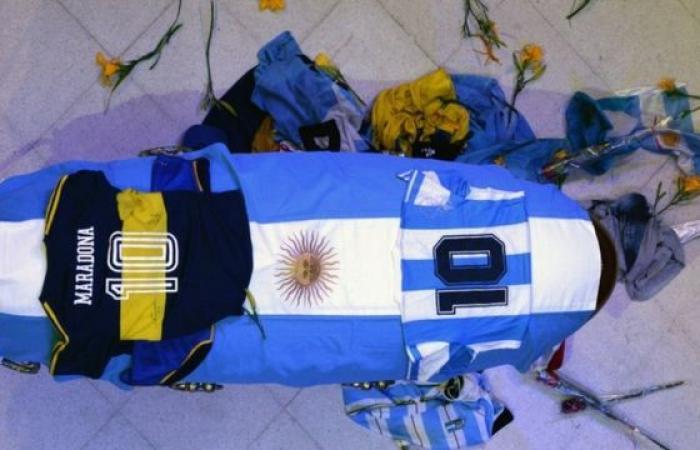 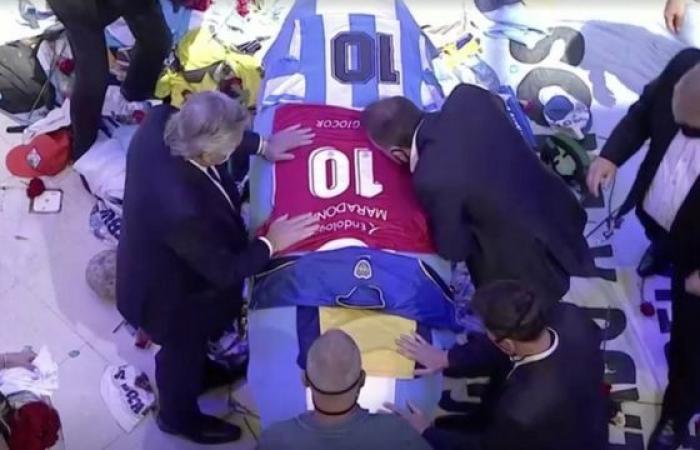 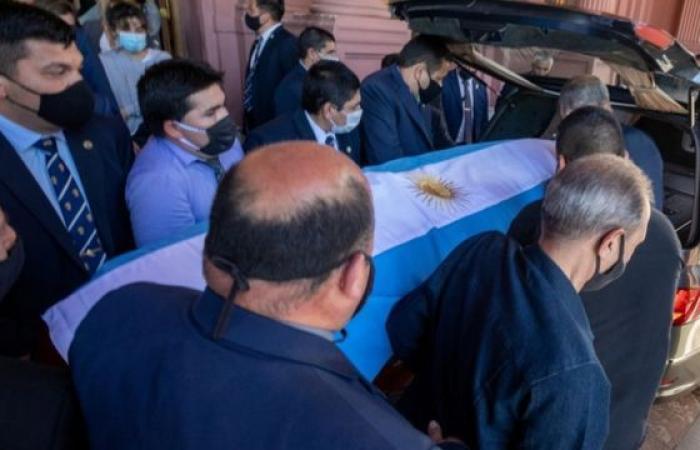 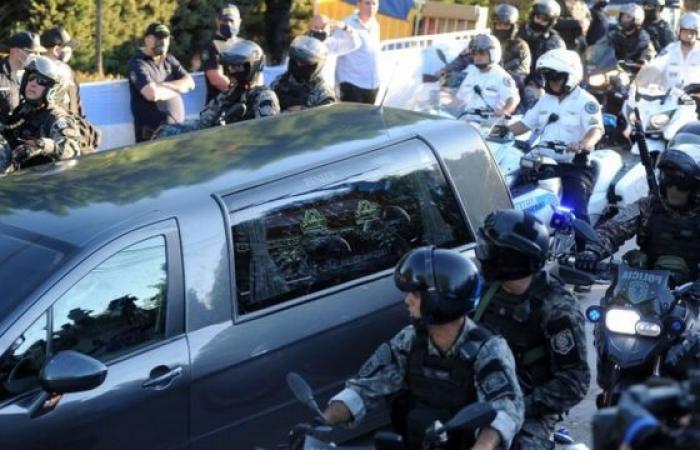 Three workers, hired to help with the funeral and burial of Diego Maradona, have come under fire for taking pictures of themselves next to his coffin, while it is open.

The funeral services office used the three to help prepare the coffin of the former soccer legend, who died on Wednesday at the age of 60.

In two pictures, the three can be seen standing beside the open casket, smiling and each raising their thumbs.

The two pictures appeared on the Internet while Maradonas body was lying in the presidential palace, which sparked outrage.

Maradonas business manager and lawyer, Matthias Morla, has pledged to take legal action against the “bastard” responsible for the photos.

“For the sake of my friend’s memory, I will not rest until he pays the price for such a terrible act,” Morla said on Twitter.

Speaking to local media, Matthias Bacon, director of Sibelius Pinier’s funeral services office in the Paternale neighborhood of the Argentine capital, Buenos Aires, said the three men were “outside of the office” who helped carry the heavy coffin.

“We are destroyed. The family trusted us, and we have been working with them for a long time,” Bacon told a television channel.

Bacon added that his company had organized funeral services for other members of the Maradona family before. “The family has full confidence in us, which is why we were so affected,” he added.

“My father, who is 75 years old, is crying, and I am crying, and my brother too. We are devastated,” said the office manager.

When the director called Maradonas ex-wife, Claudia Villavini, to tell her about the photos, she was “very angry”.

The Bacon family said they did not know if the Maradona family was planning to take any legal action.

Judicial sources told the Telam News Agency that no crime related to the pictures had been reported, so the prosecution did not file any complaints.

Maradona was buried on Thursday, in a private ceremony, on the first day of the three days of mourning announced in Argentina after his death.

Maradonas coffin – covered with the Argentine flag and his number 10 shirt – was displayed at the presidential palace in Buenos Aires earlier in the day.

Thousands of fans marched through the door of the Casa Rosada at the Presidential Palace to bid farewell to their hero, but the farewell ceremony ended prematurely after clashes between police and some mourners who were waiting for their turn.

The former Argentine midfielder, considered by many to be the greatest footballer of all time, died at his home in Tigre, near Buenos Aires.

Maradona had undergone successful surgery to remove a blood clot in the brain earlier this November, and he was scheduled to undergo treatment for alcoholism.

Maradona lived a tumultuous personal life, full of alcohol and cocaine abuse and addiction, which caused him health problems.

These were the details of the news Maradonas death: rage after workers took pictures with the open casket for this day. We hope that we have succeeded by giving you the full details and information. To follow all our news, you can subscribe to the alerts system or to one of our different systems to provide you with all that is new.