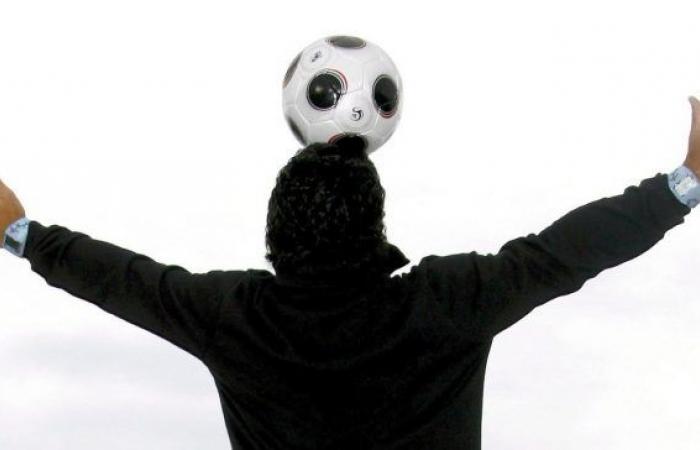 Diego Maradona plays with a ball in front of photographers at the 2008 Cannes Film Festival, in the presentation of the documentary by Emir Kusturica (Photo: EFE / Guillaume Horcajuelo)

Diego Maradona he was the man who most aroused the greatest antagonistic feelings. Loves and hatreds everywhere in the life of this footballer who knew how to give us Argentines unforgettable joys mixed with sadness, frustration and anger. The 10 It was that, and more: no documentary, journalistic note or analysis will be able to cover the magnitude of his image and his life.

But despite this, the producers understood that the life of the Golden Boy that he was born in Villa Fiorito deserved to be told a thousand times. This is 10 on 10.

The trailer for “Diego Maradona”

“When you enter the field, everything goes away”, reflects Diego Maradona through tears in this documentary. With more than 500 unpublished images, the director Asif Kapadia premiered in 2019 this review of the life of 10. With testimonies close to the star, such as Claudia Villafañe, and sports references such as Skin, the documentary covers the lights and shadows of Diego, his success and his fall into the abyss. This production was nominated for best documentary at the awards BAFTA.

Serbian director Emir Kusturica made in 2008 this documentary film that showed us the most human side of the soccer star. With Diego’s first-person testimony, the documentary explores the darkest issues of his career, such as his addictions and also his most distant aspects of football. So we see him singing with friends in the Maradonian way. Kusturica honors him and enjoys every moment that he interviews him.

3. The good, the bad and the Diego

“The good, the bad and Diego”

The documentary that premieres next Saturday, November 28 in History runs through the life of Maradona. The good, the bad and the Diego is a chapter within the cycle Great Moments of Soccer. Carlos Salvador Bilardo, Guillermo Cóppola, Juan Simon Y Osvaldo ArdilesAmong other sports figures are the testimonies that give themselves the luxury of touring the star’s football career.

This production takes us to Cuba and places us in the years that Maradona lived on the island. There he played golf and established a friendship with Fidel Castro. But this film shows us the ties that can unite a person in Naples and another in a neighborhood in Argentina that is simply love for Diego. Directed by Javier Vasquez, Loving Maradona (2007) is available on the platform Cine.ar.

“Maradona is what he seems and seems what he is”: this is how the Italian journalist describes this documentary Gianni Mura. In 2017 this production arrived that decided to show the pride of the Neapolitans for having had Diego Maradona in their club. A city that vibrated and recognized in the figure of Maradona its own saint, more than just another player.

“Maradona in Sinaloa”, from Netflix

This production that you find on Netflix covers Diego’s months as DT in Sinaloa, Mexico. It is perhaps his darkest stage in sports terms, but it shows us the impact that he continued to generate on all the fans on the planet. A Maradona who dances and moves his body like the gods despite his health problems and his own limitations.

Directed by Jovica Nonkovic -this short film that you can see in Movistar Play if you have the service of Fox Premium– delves into the most controversial and fascinating years of the career. Close testimonies that relate all the twists and turns of his life that he knew how to make both football lovers and not so much in love.

Available in Flow through TyC Sports, this report of more than an hour gathers his best goals, the most emotional interviews and the funniest experiences told by Diego Maradona himself. Its beginnings in Argentinos Juniors and the confrontation with Hugo Gatti, his arrival in Boca and his sporting years in the Argentine National Team. A purely football review that will excite you.

9. Maradona, the hand of God

“Maradona, the hand of God”

The game against England in the 1986 World Cup in Mexico is undoubtedly Diego Maradona’s most emblematic football moment. The fantastic goal where he eludes more than half an English team is one of the best in the history of this sport. But the goal with the hand became another different milestone. And in 2007 came this production directed by Marco Risi and starring Marco Leonardi in the skin of 10 (the same actor of Paradise cinema). Julieta Diaz like Claudia, Juan Leyrado as Guillermo Cóppola Y Abel ayala like Diego in the beginning, they complete the cast of this film.

The trailer for “The Road to San Diego”

Carlos Sorin directs this film that dates from 2006, but is set in 2004 when Maradona was hospitalized in very serious condition. The story of this film tells the experience of Tati Benitez, a worker who lives in Misiones and is unemployed. Admirer of Diego, he decides to undertake a trip from his province to Buenos Aires to closely follow the life of his idol. A moving road movie from the director of Minimal stories.

10 moments of Diego with music, from Charly and Fito Páez to Pimpinela, Manu Chao and Bersuit

X-ray of the last days of Maradona: the confession that surprised his inner circle

These were the details of the news 10 documentaries and films to remember Diego Maradona for this day. We hope that we have succeeded by giving you the full details and information. To follow all our news, you can subscribe to the alerts system or to one of our different systems to provide you with all that is new.