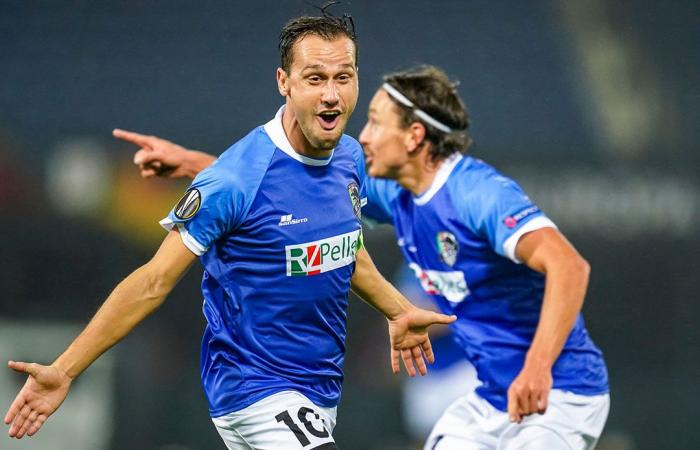 For Wolfsberger AC on Thursday at 6:55 p.m. against Dinamo Zagreb, it will be about the championship lead of Europa League group K. We’ll tell you how you can follow the game on TV, live stream and live ticker.

After three matchdays and a draw against CSKA (1-1), a furious 4-1 win at Feyenoord and an unfortunate 0-1 defeat against Dinamo Zagreb, WAC are in second place in Group K, one point behind Dinamo.

With a home win against the traditional Croatian club, the Wolfsbergers would surprisingly take the lead. The task will of course not be easy, after all, Dinamo dominates the Croatian 1st HNL as usual.

But the WAC has already shown several times that wolves can be expected on the international stage.

You are part of the game live DAZN. The streaming service holds the transmission rights to all Europa League games and shows many of them live and in full length – including the WAC’s home game against Dinamo. The kick-off is at 6:55 p.m.

In addition to the single game, you can also watch excerpts from the game in the GoalZone, the conference format of DAZN, follow. As a new customer, you can be sure of one thing in any case: the first month is free. Secure the free trial month of “Netflix des Sports” here and follow the entire Europa League live!

Our SPOX live ticker keeps all those who cannot see a live picture on Thursday up to date.

The WAC spent the international break in quarantine. After a wave of positive corona tests, trainer Ferdinand Feldhofer only had five players available for the training units last week, including Sven Sprangler and Guram Giorbelidze, who only returned after injuries.

“There is only one player in our entire squad who was always negative and never had symptoms,” reported Feldhofer. After 18 positive tests for SARS-CoV-2 before the subsequently canceled Bundesliga home game against Sturm Graz, another one was made WAC-Professional tested positive during the week. Two more had symptoms of Covid 19 disease. The whole team, the support staff and other club employees are affected.

It is feared that some actors may still be suffering from their infections and continue to fail. The WAC also wants to clarify the health consequences. EKG measurements and pulmonary function checks are carried out on the players. Only that it is WAC met immediately before the international break, there is still some luck in misery. “If that had happened three weeks ago, we wouldn’t have been able to play a single game in the Europa League or the championship,” said Feldhofer.

These were the details of the news Dinamo Zagreb: Europa League live on TV today, live stream and... for this day. We hope that we have succeeded by giving you the full details and information. To follow all our news, you can subscribe to the alerts system or to one of our different systems to provide you with all that is new.