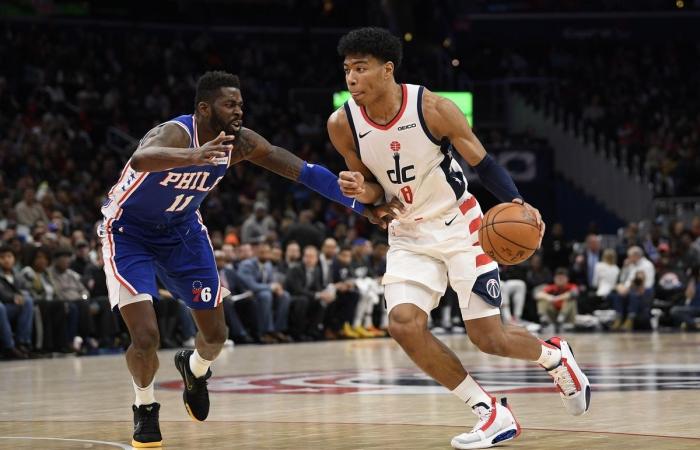 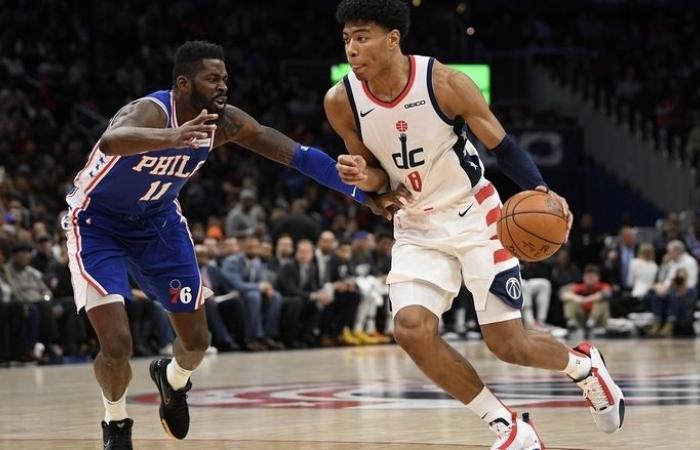 Thank you for reading the news about NBA: Rockets beat Raptors; Hachimura lifts Wizards and now with the details

Washington Wizards forward Rui Hachimura (8), of Japan, dribbles the ball as he is defended by Philadelphia 76ers forward James Ennis III (11) during the second half of an NBA basketball game, Thursday, Dec. 5, 2019, in Washington. The Wizards won 119-113. (AP)

The Toronto Raptors clamped down on Houston's NBA scoring leader James Harden on Thursday, but his Rockets teammates filled the void in a 119-109 win over the reigning champions.

There was drama in New Orleans, where Phoenix's Devin Booker scored 21 of his season-high 44 points in the third quarter and the Suns held on for a 139-132 overtime victory over the Pelicans.

In Washington, Japanese rookie Rui Hachimura scored 27 points and Bradley Beal added 26 as the Wizards shook off a sluggish start to beat the Philadelphia 76ers 119-113. The New York Knicks endured their eighth straight defeat in a 129-92 loss to the Nuggets.

These were the details of the news NBA: Rockets beat Raptors; Hachimura lifts Wizards for this day. We hope that we have succeeded by giving you the full details and information. To follow all our news, you can subscribe to the alerts system or to one of our different systems to provide you with all that is new.