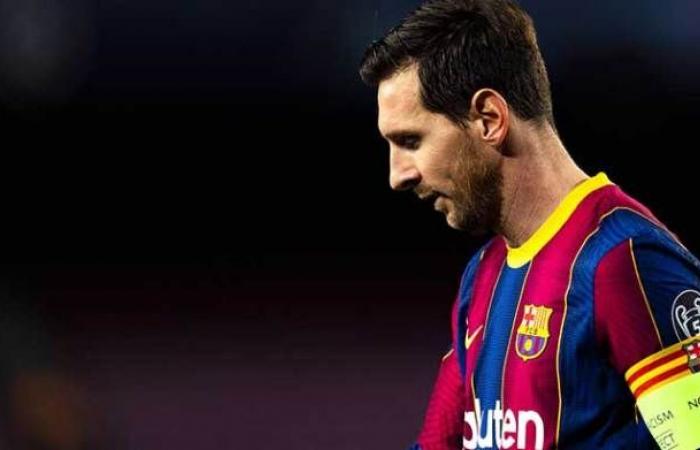 After more than 15 hours of flight, Leo Messi was received by a horde of journalists at El Prat airport. And the Argentinian was notably asked about the recent criticisms of Antoine Griezmann’s entourage towards him. His answer is already going around the world.

In France Football, then in a documentary broadcast by M6, two people close to Antoine Griezmann have criticized Leo Messi in recent days. The first, Eric Olhats, is the man who spotted Griezmann as a child and was his agent for a long time. He has not been for a few years now, but remains associated with the French despite everything.

“Messi is the regime of terror”

In FF, the latter knocked out Messi: “Antoine arrived at a club in big trouble where Messi has his sights set on everything. He is both an emperor and a monarch and he did not welcome the arrival of Antoine. was deplorable, he made him feel. I have always heard Antoine say that there was no problem with Messi, but never the other way around. It’s the regime of terror. Either you’re with him , either you’re against him. “

Last week, in a documentary broadcast on M6, Antoine Griezmann’s nail was released on La Pulga: “I was sure he wasn’t going to be successful the first six months, but I didn’t expect it to last a year anyway. Plus with Messi around … There are things that You can’t always say. But hey basically it doesn’t work enough in Barcelona. Basically, training is done to please some people, so it’s obvious that behind if it doesn’t work … “

Messi is tired of being “the problem of everything at Barça”

This Wednesday night, Leo Messi arrived in Barcelona after beating Peru last night with Argentina. The Argentinian was detained for more than an hour at the airport by the Spanish tax authorities and when he got out to join his car, numerous journalists strafed him with questions and asked him to react to the “About Griezmann’s entourageMessi’s response rocketed: “The truth is, I’m a little tired of being the problem with everything at the club.”

An answer that is obviously the buzz on social networks and the front page of all football sites in Spain, which see it as a big tackle for Griezmann. But according to several journalists close to Barca, who tweeted the same thing simultaneously (at Barca’s request?), Messi is getting along very well with Griezmann and even better and better and there would be no particular tension between the two.

Why such a response then tonight? According to these same journalists, Messi was tired of the theft and irritated by the tax control, which he also complained about to journalists who asked him questions about Griezmann. His response was also a way of complaining about his media treatment at Barcelona and making it clear that he was fed up with always having the wrong role at Barca.

*The article has been translated based on the content of Source link by https://www.dailymercato.com/news/barca-messi-repond-a-l-entourage-de-griezmann
. If there is any problem regarding the content, copyright, please leave a report below the article. We will try to process as quickly as possible to protect the rights of the author. Thank you very much!

These were the details of the news Messi responds to Griezmann’s entourage for this day. We hope that we have succeeded by giving you the full details and information. To follow all our news, you can subscribe to the alerts system or to one of our different systems to provide you with all that is new.